Former Munster winger Johne Murphy thought that the players’ accuracy and discipline cost Ireland in the end against Wales.

Ireland got their 2021 Guinness Six Nations campaign off to a poor start with a 21-16 loss to Wales in Cardiff on Sunday.

Despite coming into the match as overwhelming favourites, Ireland failed to capitalise on their physical dominance, and made a number of crucial errors, most notably a red card in the first half and a missed touch-finder in injury time.

Speaking on Off The Ball after the match, Murphy highlighted the performance of the young Billy Burns in the final ten minutes.

“It is difficult to come into the game when it is in the melting pot and you have to acclimatise so quickly in a pivotal position,” Murphy said.

“I suppose the fact that he kind of came on, then went off and came back on again just caught him a small bit.

“Even in that last period of the phase when Garry Ringrose had a break, [Jamison] Gibson-Park came on, he was excellent, really challenged around the rucks and he put Ringrose through a hole.

“Ringrose goes up and nearly gets through, [Justin] Tiperic makes a tackle and they have got loads of space out wide and they look to shift the ball, and Billy Burns throws the ball to deck.

“It is stuff like that, literally with the clock at 80, you cannot afford to have those inaccuracies at those pivotal times, and that really cost Ireland.”

Burns ultimately halted Ireland’s chances of making the final comeback as he pushed the final penalty kick for touch out into the in-goal area, calling full time on the match.

“From a human side, you feel really sorry for him, but from a professional side, you have to have that killer instinct at international level,” Murphy said. 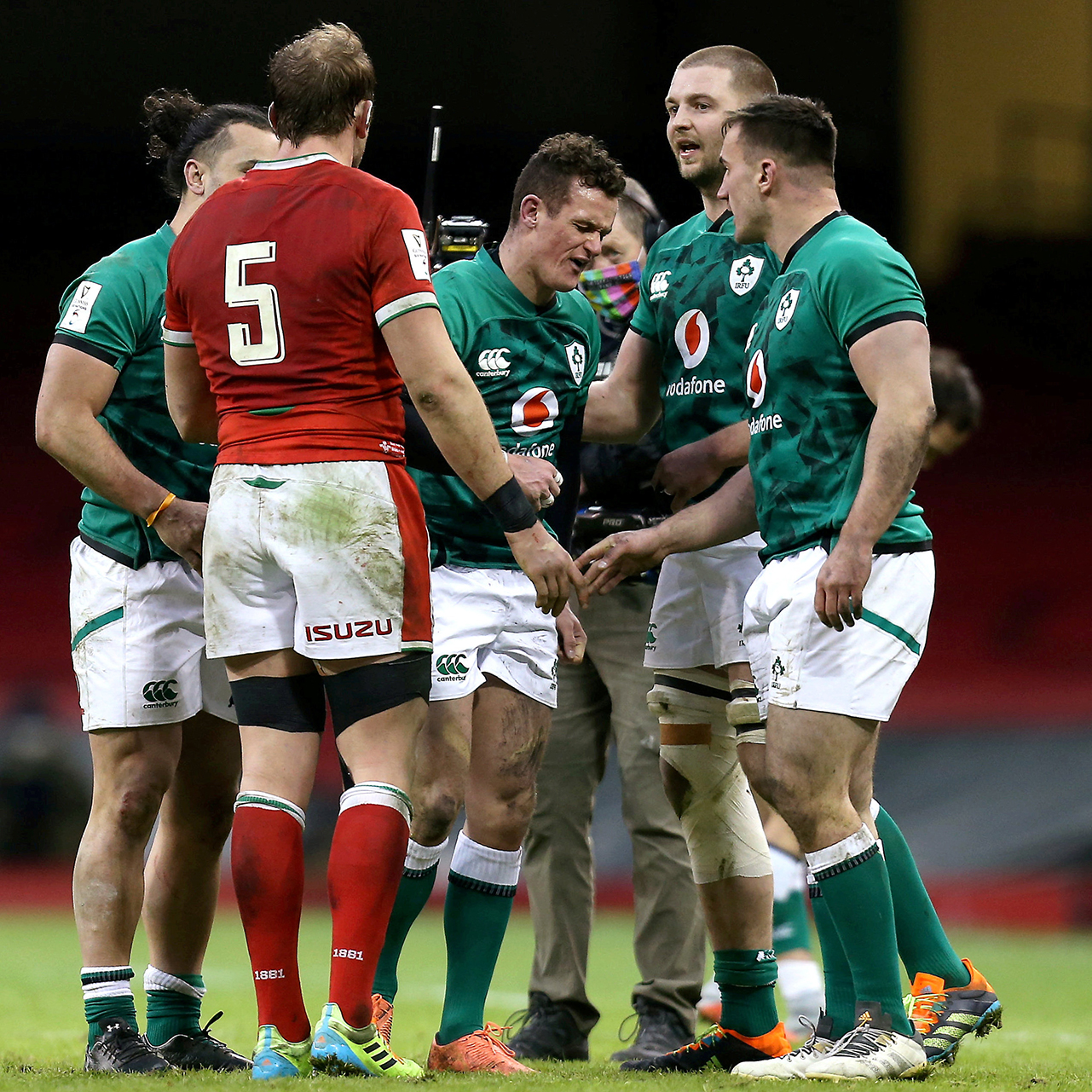 Billy Burns of Ireland, centre, reacts after the final whistle of the Guinness Six Nations Rugby Championship match between Wales and Ireland at the Principality Stadium in Cardiff, Wales. Photo by Gareth Everett/Sportsfile

Ireland need to have better discipline from senior players

While Ireland would feel that they could have won it if it weren’t for that final kick going too long, Murphy felt that the biggest issue for Andy Farrell on the day was his side’s discipline.

Peter O’Mahony was shown red in the first 15 minutes for a head-high hit on Tomas Francis, while other senior players made crucial disciplinary errors throughout the match.

“The big thing [would be] their lack of discipline,” Murphy said. “It is not by inexperienced players; it is by really experienced, senior leaders within the group.

“Peter O’Mahony[‘s red card], Conor Murray gives away a penalty for shepherding off a Welsh box kick, Keith Earls misses one in the air; that stuff is tough.

“If it was Will Connors coming off the bench, you’d probably forgive it a bit more, but the fact that it is seasoned internationals, that is something that they really need to click down.”