Leinster have packed their Ireland contingent off to international camp with mixed news regarding...

Leinster have packed their Ireland contingent off to international camp with mixed news regarding Jordan Larmour and Josh van der Flier.

The former is set to be available for selection for Andy Farrell in just under a fortnight's time, despite suffering a facial injury in Leinster's handsome win over Bath at the weekend.

But Josh van der Flier picked up a groin problem at The Rec, and he'll be assessed by the Ireland medical staff.

Larmour came away worse-for-wear due to a clash of heads with Bath's Ruaridh McConnochie in the 64-7 victory that punctuated Leinster's Heineken Champions Cup pool phase. 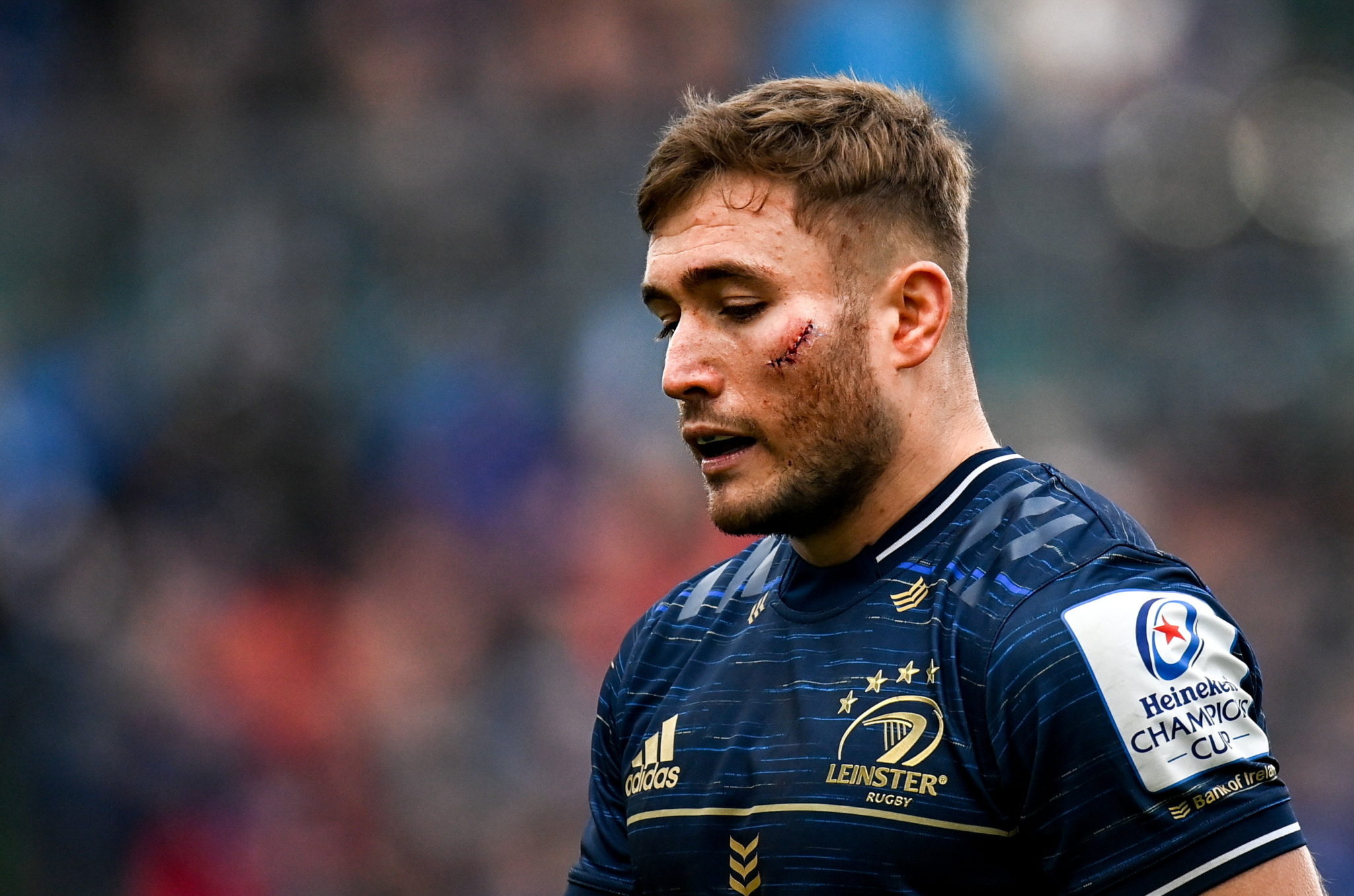 22 January 2022; Jordan Larmour of Leinster with stiches during the Heineken Champions Cup Pool A match between Bath and Leinster at The Recreation Ground in Bath, England. Photo by Harry Murphy/Sportsfile

Neither Tadhg Furlong nor James Ryan were involved in that game, and they will have respective calf and hamstring issues assessed by the Ireland staff prior to the visit of Wales on February 5. Both "have been making good progress", according to their province.

Leinster return to United Rugby Championship action away to Cardiff on Saturday, and will have Josh Murphy (chest) and Dave Kearney monitored before a final decision is made on their fitness.