It's hurling country this weekend, and Team OTB have been busy compiling their quick-pick GAA pre...

It's hurling country this weekend, and Team OTB have been busy compiling their quick-pick GAA predictions ahead of the All-Ireland semi-final action.

Kilkenny, Waterford, Galway and Limerick all head into the weekend with high hopes of reaching the Liam MacCarthy decider next month, but who will come out on top?

Will O'Callaghan leads the way so far in our predictions table after a very strong showing thus far - he has 29 correct calls and nine wrong.

Tommy Rooney currently props up the table with a 25 correct, 13 incorrect record - although he has made a couple of bold calls this weekend in an effort to make up the gap.

Leinster champions Kilkenny are the deserved favourites heading into tomorrow's last four clash at Croke Park, but Liam Cahill and Waterford might have something to say about that.

Adrian, Eoin and Will have all opted for Brian Cody's Cats for this one, while Tommy has stuck his neck out and gone for the Déise to turn them over. 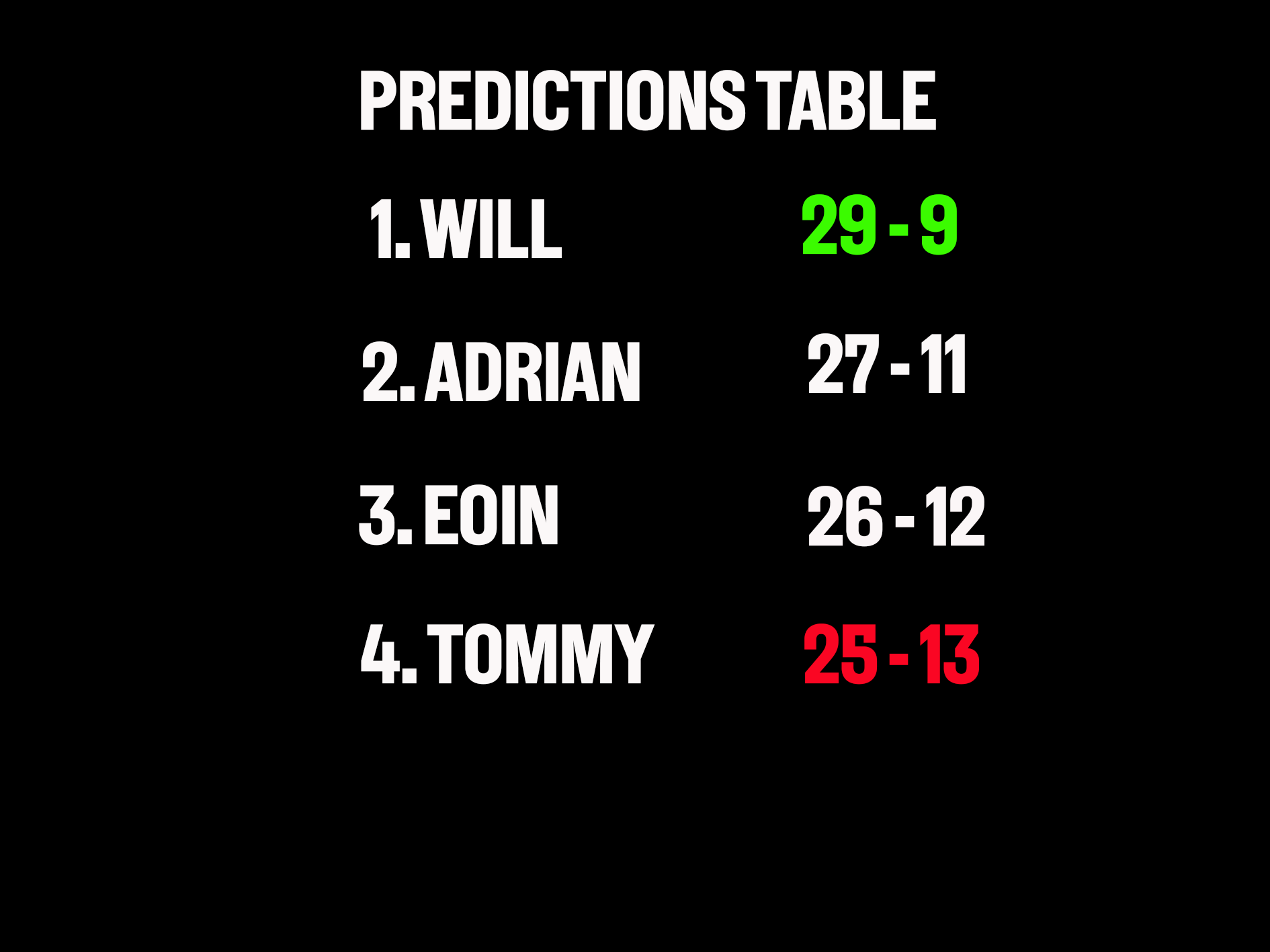 Tommy has also gone against the grain for Sunday's second semi-final at GAA HQ, selecting Galway to knock out Munster champions Limerick.

Shane O'Neill's Tribesmen saw off Tipperary in a cracking quarter-final the last time out, and will be hoping to cause what would be another surprise this weekend. 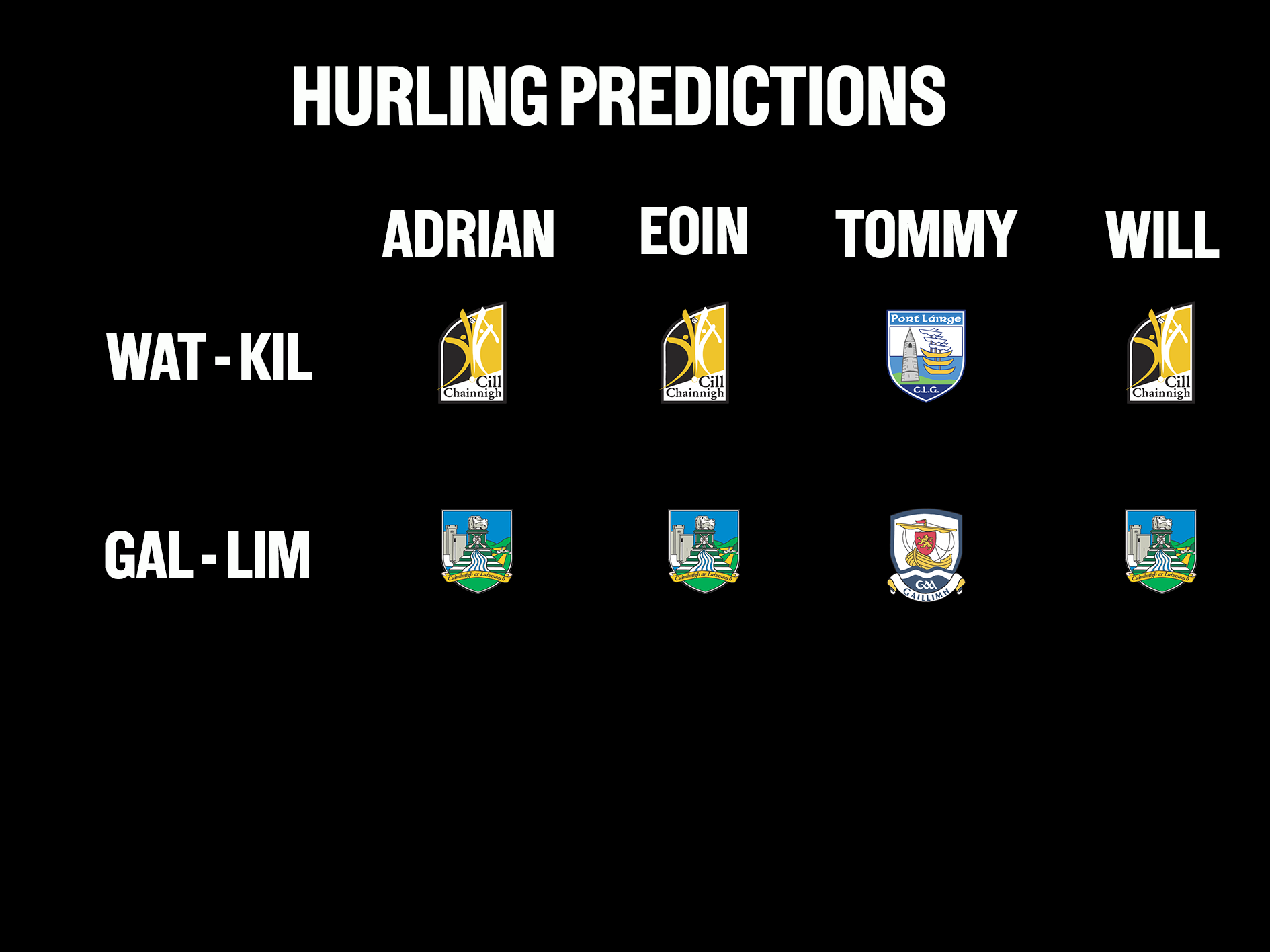 There have been other big calls this week, as former Limerick star Shane Dowling told us that he believes Waterford have to be considered real All-Ireland contenders at this stage.

“I think Waterford are serious All-Ireland contenders, and I did from the very first game this year.”

Déise boss Cahill says he is under no illusions how big a task they face tomorrow evening.

"It's going to be a massive challenge.

"As everyone knows they [Kilkenny] are the benchmark so we'll have it all to do but we're there and once you're there you have a chance but we will have to be bang on again to get anything out of that match."