Zlatan Ibrahimović has tested positive for COVID-19. The news was confirmed by Milan on their website.

Milan released a statement which stated that the Swede had tested positive after the second round of swap tests ahead of tonight's game against Bodø/Glimt.

The statement said that, "The Club has informed the relevant authorities and the player has been promptly placed in quarantine at home. All other team members and staff have tested negative." 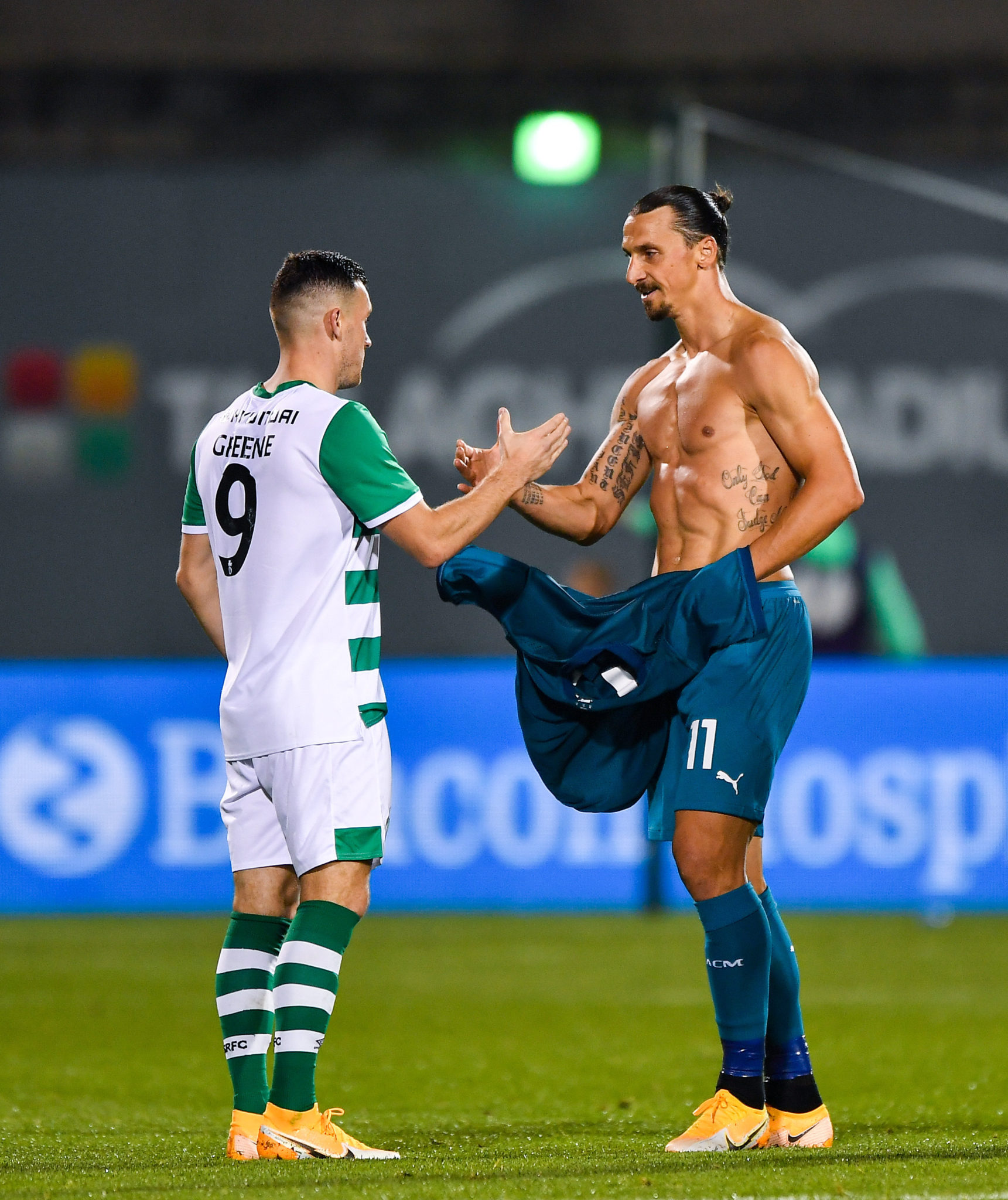 Earlier in the week, Brazilian centre-back Duarte had also tested positive for the virus.

Duarte, who was in the squad for Milan's win over Bologna on Monday playing 18 minutes off the bench, has been placed in self-isolation and the club undertook extra testing as a result.

Ibrahimović, who scored two goals against Bologna, tested negative in the first round of testing, however the result from tests on Wednesday rules him out of playing in tonight's Europa League match.

Ibrahimović was part of the Milan team that came to Dublin last week to face Shamrock Rovers in the Europa League.

Milan defeated Rovers 0-2 in what was a "learning experience" for the Rovers players.

The former Manchester United striker scored the first goal against the Hoops on that night.

Zlatan has tested positive for COVID-19

Milan will be hurt by the absence of the soon-to-be 39-year-old, who has been an integral part of their squad's unbeaten run since their return to action in September.

Milan will head into their next couple of Serie A games, as well as the Europa League qualifying rounds, without the veteran striker.

'Laughable decision' | Here's some of the reaction to golf courses closing