Shamrock Rovers and Republic of Ireland midfielder Jack Byrne joined The Football Show, fresh from facing off against Zlatan Ibrahimovic and AC Milan.

Rovers lost 2-0 to the Rossoneri last week in the third qualifying round of the Europa League, but Byrne was not disheartened - quite the opposite.

Byrne believes that raising the game against top-level European opposition puts Rovers in a good position to get their league campaign over the line, where they are eight points clear with six games to go.

Sharing a pitch with Ibrahimovic, as Byrne explains, was a learning experience if not a new one.

"For such a big man, he was like a ghost on the pitch, you couldn't pick him up. His movement for his goal was fantastic.

"That is just what top players do, you can keep them quiet for the whole game and then they pop up in one moment. I thought throughout the game he was brilliant, just dictating the game without running around."

Byrne believes that the Swede's ability is more innate than learned.

"From such a young age, he was good - it is a natural gift that he has that he can move so well for a big man. But going through top clubs, it is not enough - you have to add little parts to your game depending on what managers want you do. 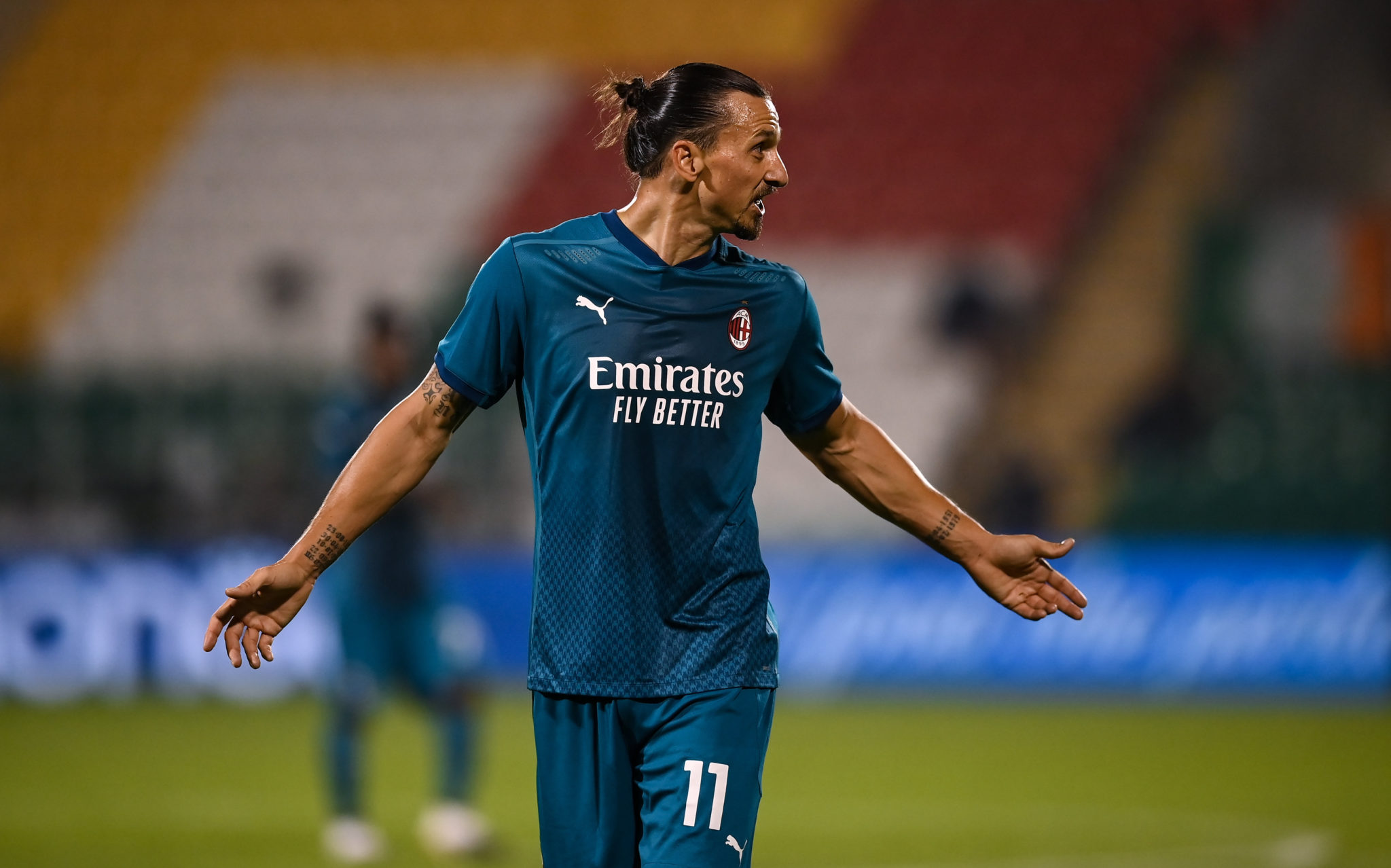 17 September 2020; Zlatan Ibrahimovic of AC Milan during the UEFA Europa League Second Qualifying Round match between Shamrock Rovers and AC Milan at Tallaght Stadium in Dublin. Photo by Stephen McCarthy/Sportsfile

"He has done that over the years and his record speaks for itself, but I think that he has got better with experience."

It sounds as if Zlatan's temperament hasn't dimmed with age.

"I think he was giving the lads a little bit! You don't mind that - it made it competitive.

"Us being at our best and them being bang at it - they beat us 2-0. Obviously, we are disappointed with the result but it is not the worst in the world." 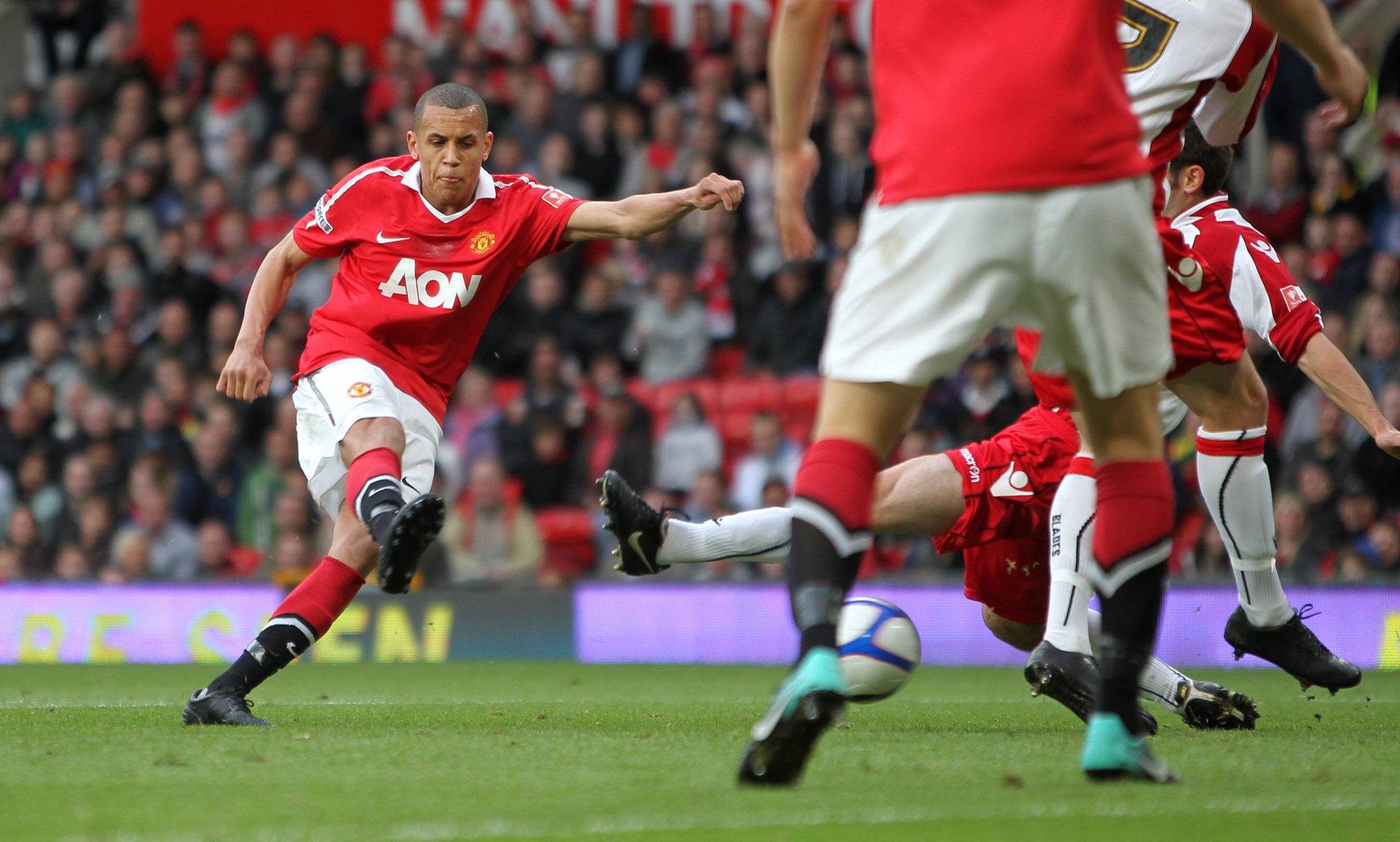 From supreme talent to that somewhat unfulfilled, Byrne gave us an insight into the quality of player that he was up against at Manchester City.

The Manchester United team of that ilk contained Paul Pogba, Jesse Lingard and Ravel Morrison - the latter of whom has just moved to his 11th club of his career.

"I would have played against [Morrison] in the reserves. I have heard stories about him that he was the one that got away.

"But when I played against him, I thought Ryan Tunnicliffe was better and he is at Luton Town now.

"Everyone will have their own opinion - Ravel can do unbelieveable stuff with the ball but I think, in a 90 minute game, I didn't feel that he was going to better than Pogba beside him."

On that particular Frenchman, Byrne believes physicality helped Pogba to where he eventually arrived.

"He was quality. We used to play them in the Manchester Senior Cup, and he was a proper player. He had everything. It was no surprise when Juventus took him and stuck him straight into their first team. You have to be some player to go over there.

"He was like Olivier Ntcham who was at City with me, he was bigger and stronger. I was never going to play first-team football until 18 or 19. These boys could have played from 15 or 16."

For matters closer to home, Byrne is looking to get the title over the line for Rovers.

"It is an old cliche, but we have to take it one game at a time and that is what we will do. I think we would be lying if we said that we don't know that we're eight points clear with six to go.

"We are aware of our position and how hard we have worked to get in this position. It is up to us now not to let anyone take it from us.

"Hopefully we can do it."