‘You have to ask who leaked the video and why?’ | No trust in Kenny camp

Earlier in the week, a leak in the Republic of Ireland camp made public Kenny’s motivational tactics ahead of Ireland’s friendly against England.

The tactics included a controversial anti-English, or pro-Irish, video, which contained references to the Easter Rising in 1916.

Speaking on the Sunday Paper Review on Off The Ball, the pair questioned not, not only the need for the anti-English video, but also the purpose behind the leak.

“Stephen Kenny needed this like a hole in the head,” Murtagh said.

“Going in and answering questions about a video he put up, trying to motivate players.

“I am a bit of a Roy Keane fan. If you have to start putting videos up to motivate guys to play for Ireland, I think the players themselves have to look at themselves.

“You should be absolutely bursting to put on the green jersey, represent Ireland, no matter who you are playing, [in a] friendly, World Cup qualifier, European qualifier; you shouldn’t need a video.”

Although he was not sure why a video was needed, Murtagh questioned the players’ trust and loyalty to the Ireland manager after the leak to the media.

“If you do show a video, it should be our little bit of secrecy; it shouldn’t come out,” Murtagh said.

“He is going to have a tough time over the next couple of months, I think. You have to ask: ‘who leaked the video, and why?’”

For Jackman, there was never a need for any additional motivation when he played against England for Ireland.

“You understood it, you didn’t need for you coach to tell you,” Jackman said.

“You knew the magnitude of the historical background. A player might have said it in a meeting or something, but it wouldn’t have been [as obvious as a video].” 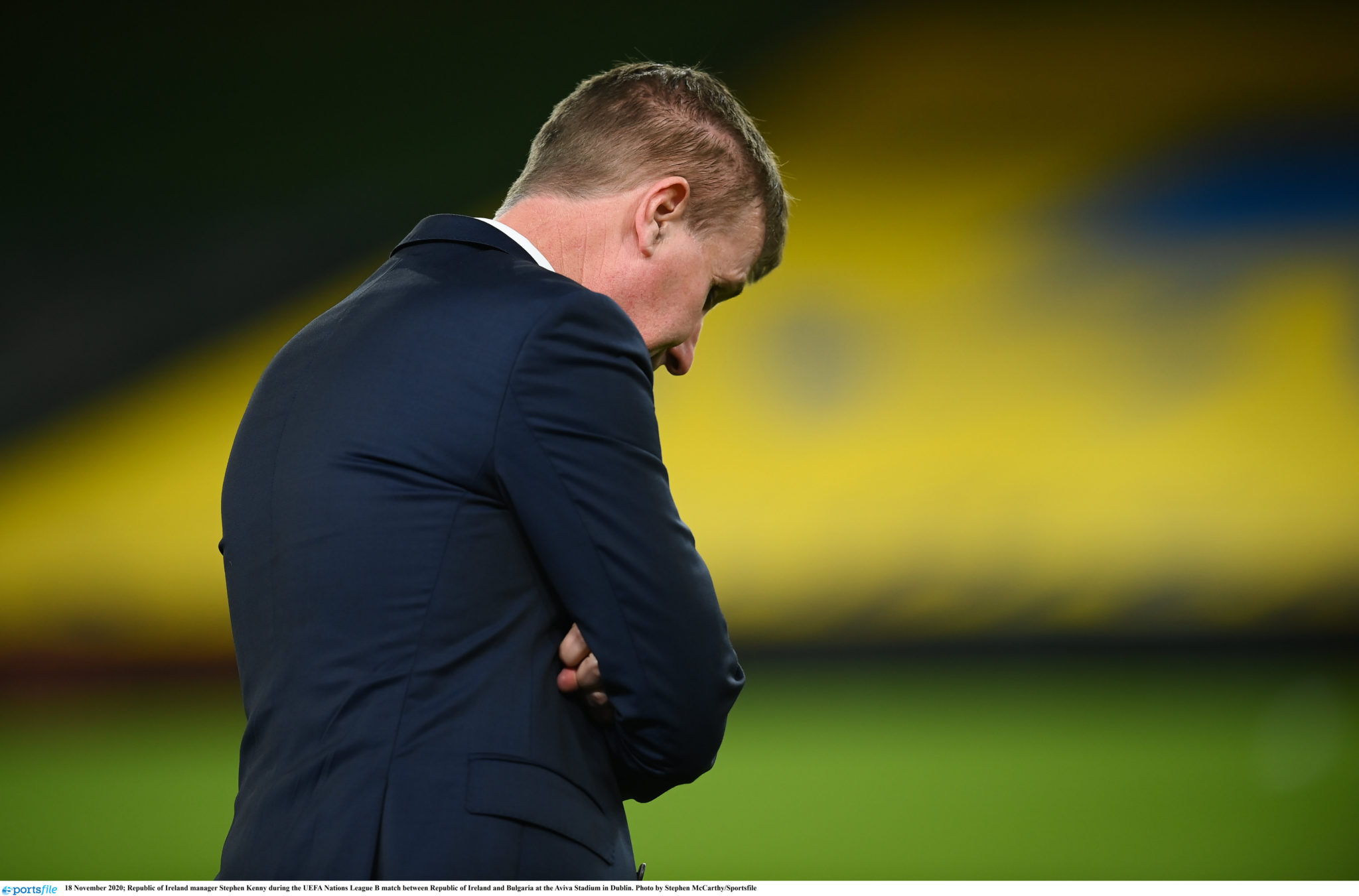 Video leak shows lack of trust within the camp

Jackman thinks that the involvement of external people into events that take place in the dressing room is a betrayal of Kenny’s trust.

“The dressing room should be sacred,” Jackman said. “You shouldn’t bring in the HR (Human Resources) protocols into that.

“There has to be some element of, if you have a problem with it, say it. Challenge the manager.”

Jackman thinks that the leak to the media is a damning inditement of the atmosphere in the Ireland camp.

“Going to your agent or going to a journalist and leaking it and saying that people are unhappy about it, I think that’s not a great sign for where people are at,” Jackman said.

“They can obviously repair this, and this can be the starting point, but there needs to be better holding of each other to account, rather than going off and leaking stuff.

“I just think it is sly and it is a poor sign of where they are at as a team.

“It is a new team and they are building, and maybe that trust isn’t there yet, but if they are going to overachieve… they need to be really tight and be together.”