"There's something odd about this" | OTB reacts to 'anti-English' video

After enduring a winless start as Republic of Ireland boss, Stephen Kenny must now contend with reports that certain members of his playing panel and backroom team are unhappy with the playing of a video deemed 'anti-English'.

In an article published by the Daily Mail on Thursday evening, it was reported that Stephen Kenny had showed his Ireland team an 'anti-English' video before last week's international friendly with England in Wembley Stadium.

Although the exact contents of the video are uncertain, initial rumours circulated that the Academy Award-nominated In the Name of the Father had been aired. This has been since contested.

In an updated version of the article originally published, it is believed that the video "portrayed key moments in the history of English and Irish relations - including reference to the Easter Rising in 1916."

One of the sources from within the Ireland camp was reported as likening it to propaganda. 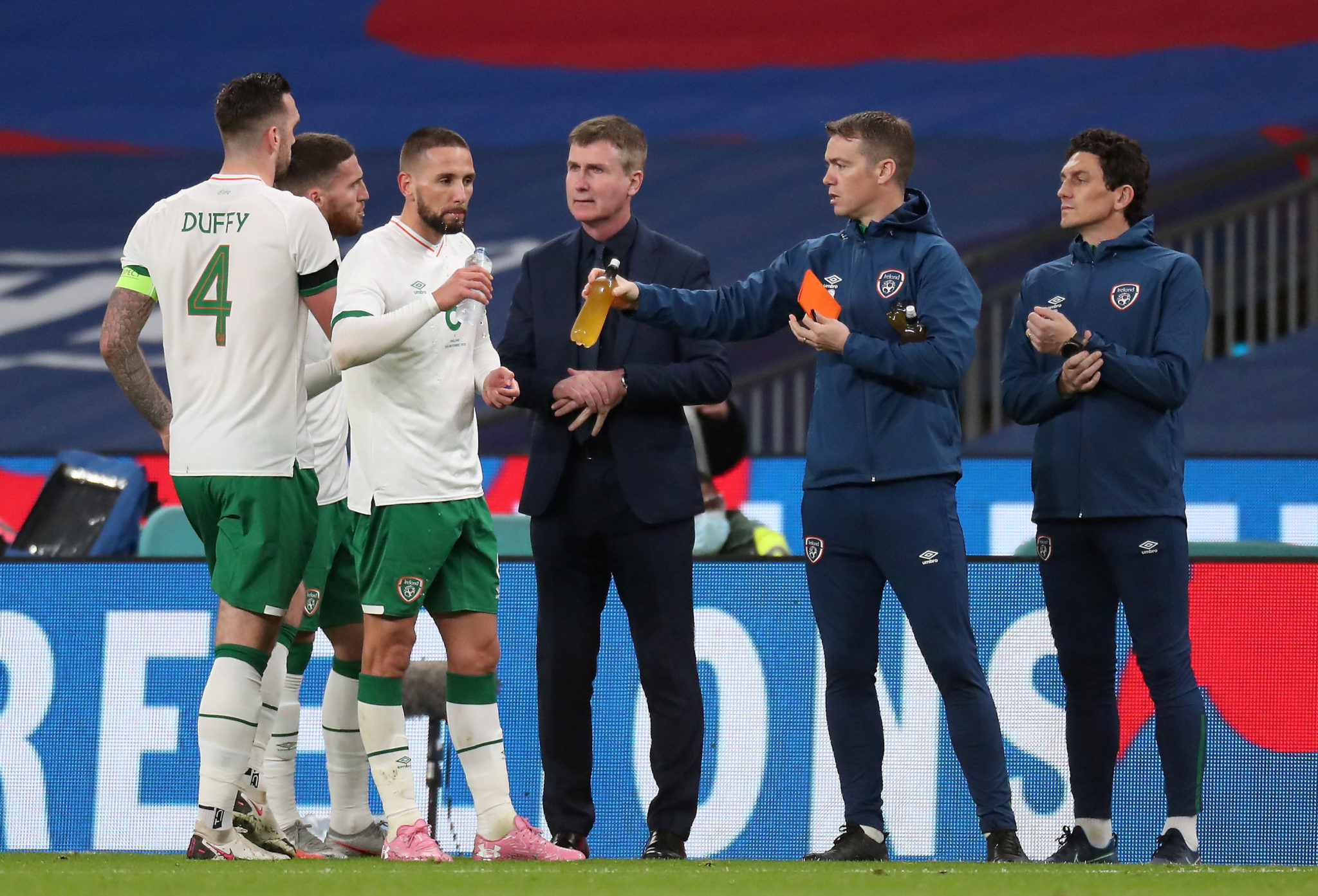 12 November 2020; Republic of Ireland manager Stephen Kenny speaks to some of his players. Photo by Sportsfile

Whatever was shown, the article in question attested to "numerous sources" sharing their displeasure. Furthermore, the Football Association of Ireland have publicly acknowledged the incident.

"The Football Association of Ireland is aware of issues surrounding content shared with our Republic of Ireland senior men’s team ahead of the recent international friendly against England at Wembley Stadium," a statement released on Thursday evening read.

"The FAI is already looking into this internally as a matter of urgency, in order to establish the facts. The FAI has no further comment to make at this time."

As news of the story broke earlier this evening, OTB's Nathan Murphy, Joe Molloy and Richie McCormack shared their thoughts on what could have prompted such a reaction:

You can watch here if the above link does not work.

Although it now appears certain that the 1993 film starring Daniel Day-Lewis was not on the bill the day of the game, Molloy raised questions regarding what the very emergence of this story could mean for Kenny.

"There are lot of English-born players in that team who will have an English mother, an English father, English siblings and we have to be cognizant of that," he remarked, allowing that players could have been theoretically upset by whatever was shown.

"But I don't know what was said here. At the moment it feels like a storm in a teacup, but I'm just surprised that a member of the coaching staff - and we're all familiar with who they are - was supposedly upset.

"There's just something odd about this story."

Be sure to tune in for OTB AM from 7.30 am on Friday morning where there will undoubtedly be more on the 'anti-English' video and Kenny's Ireland tenure

WATCH: Millwall fans boo players as they take the knee

‘You have to ask who leaked the video and why?’ | No trust in Kenny camp