While the pair have infamously had their differences, Manchester United legend Peter Schmeichel w...

While the pair have infamously had their differences, Manchester United legend Peter Schmeichel was full of praise for his former teammate Roy Keane.

The former United captain Keane was sidelined ahead of the 1998 season, resulting in the Danish goalkeeper taking over as skipper of the side in his absence.

Upon the return of the Republic of Ireland legend, Schmeichel reportedly reluctantly gave back the captaincy to Keane.

As the latter revealed in his second autobiography, the pair came to blows while on a pre-season tour of Asia upon his return, with both player revealing that the pair were never really that close.

In spite of their lack of personal closeness, both Keane and Schmeichel have shown great respect for one another's playing ability. 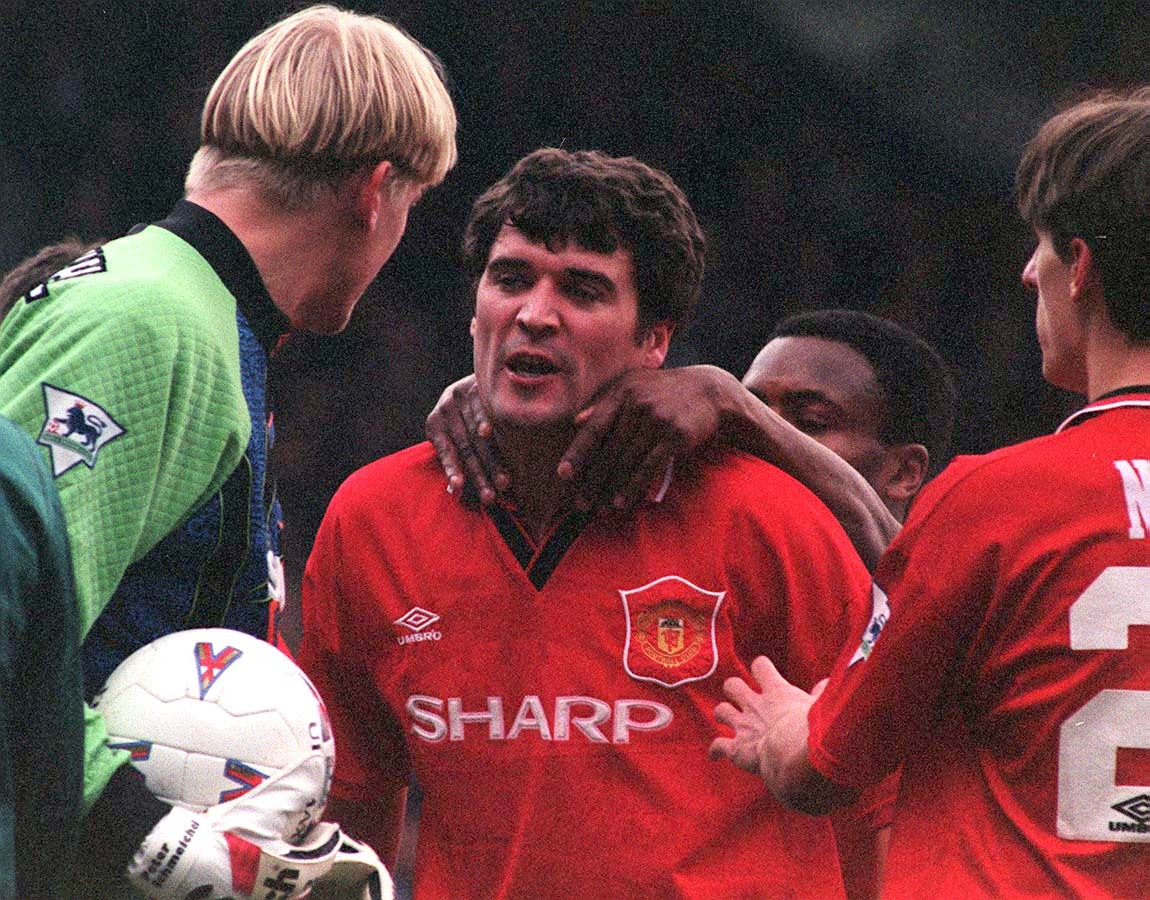 Speaking on Off The Ball in studio with John Duggan, Schmeichel revealed how comfortable he felt in goals when he had Keane in the midfield.

"He was, probably in terms of that position, the most dependable player I ever played with," Schmeichel said. "It is such an important position that.

"Not only do you have to be very creative when we are in possession and taking part and finding opportunities and finding players who can create the next bit, which is probably the chance.

"You also have to be that guy who spots all the gaps, reads the game and intercepts the ball before this happens, and all that. I don't think I've seen anybody better than that."

For Schmeichel, it was more than just Keane's ability to switch between attack and defence that made him such a special player.

"The engine that he had, his authority in midfield to the opposition team, a lot of opposition players were scared of him," Schmeichel said.

"That is a great advantage when you play in that position. He also attracted so much attention on the pitch for other players to find the gaps."

According to Schmeichel, Keane's talents not only helped him become a mainstay in Alex Ferguson's XI, but aided in a number of other players eventually becoming United legends in their own right.

One such player that benefited from playing alongside Keane was Paul Scholes.

"[For example] Paul Scholes, it was a great partnership that he had," Schmeichel said. "So, Paul Scholes developing into a central midfield player was quite a surprise, because he was a striker.

"When you look at that team, everybody knows them as the class of '92, you look at Paul Scholes and you see somebody that is extremely skilful, but also not so big; I won't call him small!

"You see that, if he has got to make the next step to close the gap from the reserves into the first team, he is probably going to be struggling a little bit being a striker.

"Then you think, but we don't play in a system where we have a number 10 for instance. So, you are kind of looking at Scholes and thinking, maybe he is not going to make it, because what is the opportunity for him?

"But then he becomes a midfield player, and he can be a midfield player because he plays next to Roy. Roy covers so much other stuff, and then of course he develops. So, that partnership was incredible to play behind."

Evra on Ferguson | "For me, he is bigger than a manager"