Johann van Graan can say what he likes, however it is undeniable that he is looking ahead to coaching Bath, according to Brian O'Driscoll.

Munster head coach Johann van Graan can say what he likes, however it is undeniable that he is looking ahead to coaching Bath, according to Brian O'Driscoll.

Van Graan has come under increased pressure from pundits and Munster supporters following the news that he will be leaving the province at the end of the season.

The South African will be taking up the position of head coach at Bath next season. Bath currently rank at the bottom of the Premiership table, having won just one match in 12 this season.

In spite of the lacklustre performances from the province over the last couple of weeks, Van Graan insisted that he was fully committed to the Munster cause. However, Leinster and Ireland legend O'Driscoll does not see how he can be.

Speaking on Off The Ball, O'Driscoll recalled a similar situation for his Leinster side in 2005.

"We've been in similar situation with Leinster in '05," O'Driscoll said. "It was even worse then. Declan Kidney left us to go back to Munster.

"We had to cut him and bring in a replacement. Someone to hold the reins for the three or four month period toward the end of the season, because when he's going to one of your adversaries, the element of trust is completely broken.

"I think there is an element of that with Van Graan. The relationship is a bit broken."

Munster played their best rugby of the season when an under-strength, under-coached team of kids beat Wasps in the Champions Cup. This was as most of the senior squad was in isolation after returning from South Africa.

Since then, Van Graan's men have put together a string of turgid performances, losing to Connacht and barely scraping a victory over Ulster in the URC.

For O'Driscoll, those two performances are a sign that Van Graan cannot be fully committed to the Munster cause, and understandably so.

"He talks about being totally committed to the Munster cause for the remainder of the season," O'Driscoll said. "I don't know how he can actually be 100% committed.

"Are you saying that he's not in communication with Stuart Hooper and Bruce Craig over in Bath around the recruitment of new players and how they are going to do things?

"The big part of coaching isn't just coaching the season that you are involved in. It is future proofing other years.

"He has got to hit the ground running as well." 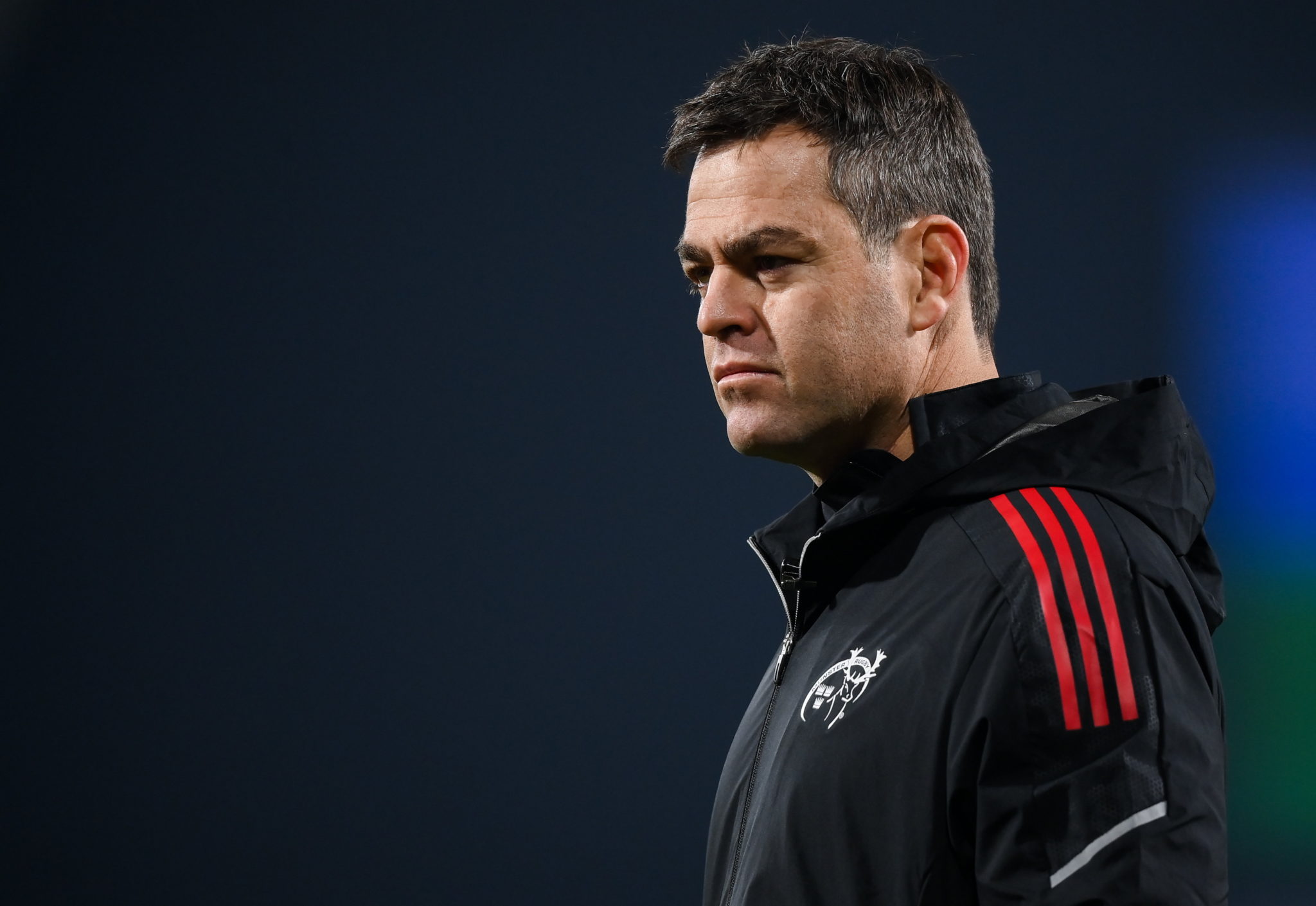 'He is going into a good situation'

In spite of their poor performances, Munster are still in the top five of the United Rugby Championship. They are also more than alive in Europe.

By contrast, Bath are languishing at the bottom of the Premiership table. O'Driscoll believes that has set up the perfect situation for Van Graan.

"He is going into a good situation over there," O'Driscoll said. "They are playing absolute muck this year. They have won their first game of 12 last weekend scraping by with a penalty against the other worst team in the league.

"He is trying to tell everyone that he is fully committed. He might be fully committed when he's in Munster camp, but you can be sure when he's at home he's having conversations around his new gig.

"That is ultimately going to be a major priority of his over this four or five month period. [He will be] making sure that his new bosses are happy and they are in a position where they can grow immediately upon his arrival."

Catch the latest episode of Brian O’Driscoll's podcast 24 hours before anyone else, exclusively on the OTB Sports App!

"IF HE WAS FULLY FIT, I WOULD HAVE HIM #1” | MALCOLM O'KELLY'S SECOND-ROW DEPTH CHART