Speaking on Thursday’s OTB AM, O'Kelly had one bold call when revealing his second-row depth chart.

As the countdown to the Six Nations continues, former Ireland and Leinster lock Malcolm O’Kelly has given his view on the pecking order among Ireland’s second-row options.

Leinster’s James Ryan and Ulster’s Iain Henderson have long been favoured as the starting second-row partnership.

However, Ryan has not played any rugby for province or country since coming off for a HIA against Argentina on November 21st.

The Leinster lock also missed out on a call-up to the Lions’ tour of South Africa, apparently due to injury.

Meanwhile, Munster’s Tadhg Beirne has impressed in the second-row, while Leinster’s Ryan Baird is also an exciting prospect.

O’Kelly, who notched up 92 caps for his country, was speaking on Thursday’s OTB AM. He had one bold call when revealing his second-row depth chart.

It may be surprising to have Ryan so far down the list, but O’Kelly insists it has nothing to do with his ability.

What concerns O’Kelly, however, is Ryan’s injury profile.

“The two lads have been playing,” O’Kelly explained. “James hasn’t been playing since he came off in the international [against Argentina]”

“I think possibly, if Leinster had not had that Covid breakdown, it would be different.”

“James Ryan is a phenomenal talent, and I do think he will play a significant role."

“But I’m just thinking Ireland-Wales, the first match, Tadhg Beirne has been exceptional. He just seems to be getting better and playing a lot more in that second-row position now.”

“Whether you play him at 6 or 4, his contribution seems equal.”

“Iain Henderson seems to have come on as well. Both of them, with that Lions experience, would be a decent partnership.”

O’Kelly continued: “Look, if James Ryan still gets picked #1 because he still holds that jersey, I wouldn’t be surprised at all.”

“But he hasn’t played in a while. He’ll get one, maybe two games with Leinster, so maybe that will be enough to get him back up there.”

“He was playing phenomenal rugby. I respect his talent, and if he was fully fit, I would have him #1.” 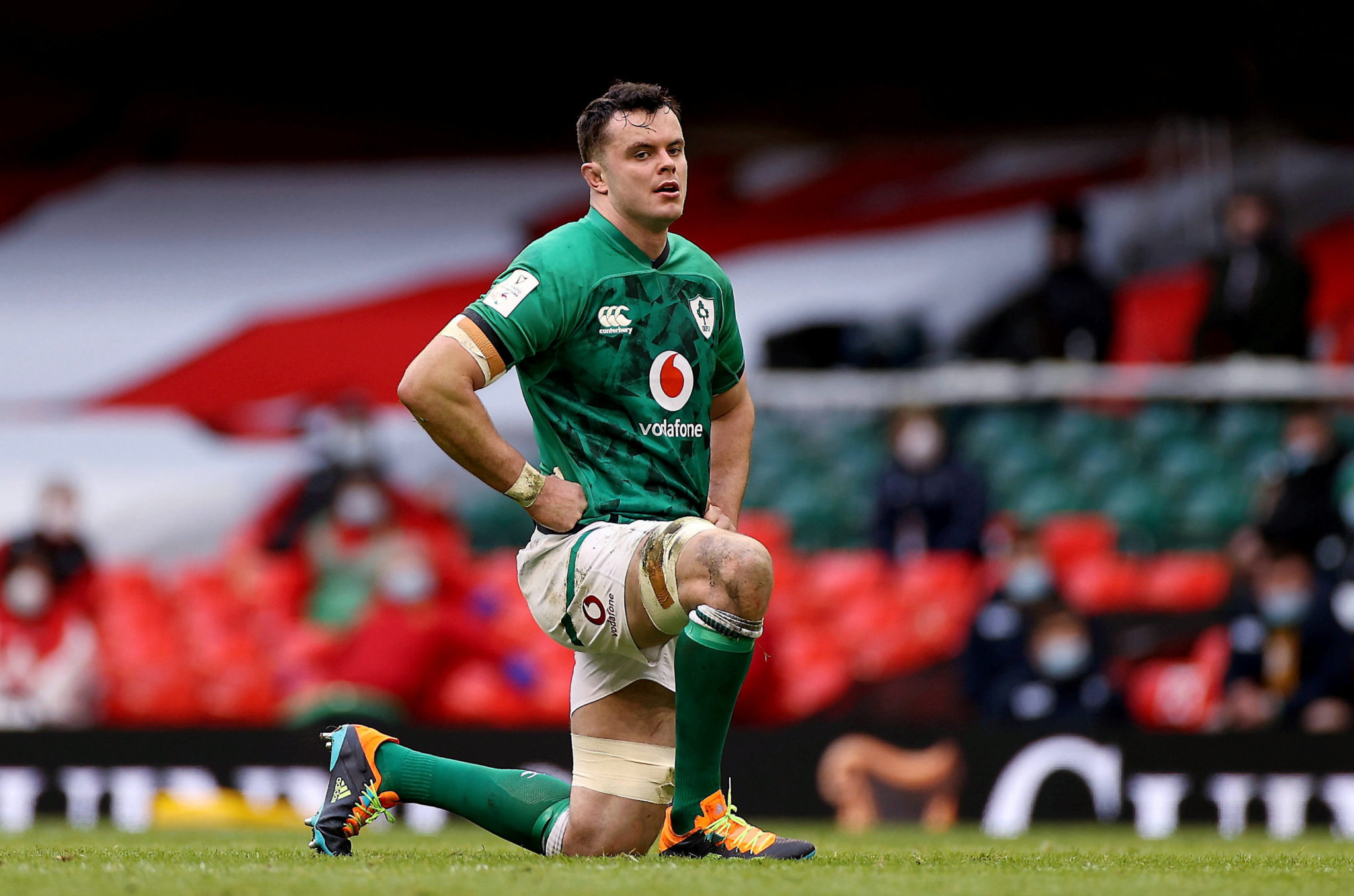 7 February 2021; James Ryan of Ireland before leaving the pitch during the Guinness Six Nations Rugby Championship match between Wales and Ireland at the Principality Stadium in Cardiff, Wales. Photo by Chris Fairweather/Sportsfile

“There’s still just that question mark around his health.”

O’Kelly added that Ryan has had to adapt his playing style as teams began to figure him out.

“When James came onto the scene, he brought something that Ireland really needed.”

“Similar to what Paul O’Connell could bring, he could find a yard or two - those hard yards.”

“Then, the next season, I think people were aware of that, and awake to that. Those lines became less and less [frequent], and he really started struggling to find those metres in his carries.”

“I think this year, he looked like he’s looking to manage the lineout,” O’Kelly said. “He is developing his game, his ball-carrying, and offering other things a little bit wider.”

“It’s a wider game now, and I think he needs that. And he brings that physicality in defence and into hits.”

“There’s still just that question mark around his health.”

Moreover, O’Kelly thinks it would be foolish not to start Henderson and Beirne against Wales on February 5th.

“You’ve got two very strong guys. One guy is running the show at Ulster.”

“Tadhg: my God - against Ulster, how good was that guy? He was a standout!”

“You’ve got to get him in, and it might be at the expense of James Ryan.”