Johnny Sexton’s British and Irish Lions omission will play on his mind as he fights to go to th...

Johnny Sexton’s British and Irish Lions omission will play on his mind as he fights to go to the World Cup in France, according to Alan Quinlan.

Off the back of a good Six Nations campaign, the Leinster and Ireland captain looked to be in with a good shout at being selected for Warren Gatland’s 37-man squad to tour South Africa, however his injuries, particularly concussions, were the reason cited by the coach for leaving Sexton out.

While this will undoubtedly be frustrating and disappointing for Sexton, Quinlan believes that the forced summer off might give Sexton the time needed to recuperate and push to make the next World Cup in 2023.

Speaking on Monday’s OTB AM, the former Ireland international explained why Sexton was more unfortunate to miss out than James Ryan on a trip to South Africa.

“If you go back to the start of the Six Nations, James Ryan’s name was nailed on; there were talks over the last two years about potential captaincy and the acceleration and improvement that he had shown.

“It is a really tough blow for him, because he hasn’t become a bad player, he is just a bit unfortunate with the concussion he got, with maybe a little dip in form as well.

“But I think Warren Gatland needed to see Sexton back out onto the field in the last couple of weeks and probably a more dominant performance from James Ryan as well.”

Quinlan is doubtful that this set back will influence whether or not Sexton looks to play in the World Cup in France.

“Someone said to me the other day, ‘will this kind of dent the desire and his ability to keep going?’,” Quinlan said.

“I don’t think so, because I think it will be a benefit. He will have a summer off, which I don’t think he would have wanted.

“He has got to recover obviously from those head knocks that he has had, and they are concerning for sure.

“People are trying to figure out why he is getting so many; why did he get three in recent times? I don’t know, some of them are very unlucky.

“If you look at the Welsh one it is a knee when he is carrying the ball; it is just frustrating and it is timing and it is bad luck for him.

“He has another year, he signed a new contract, so I would be very surprised if we see any slacking off from Johnny Sexton.” 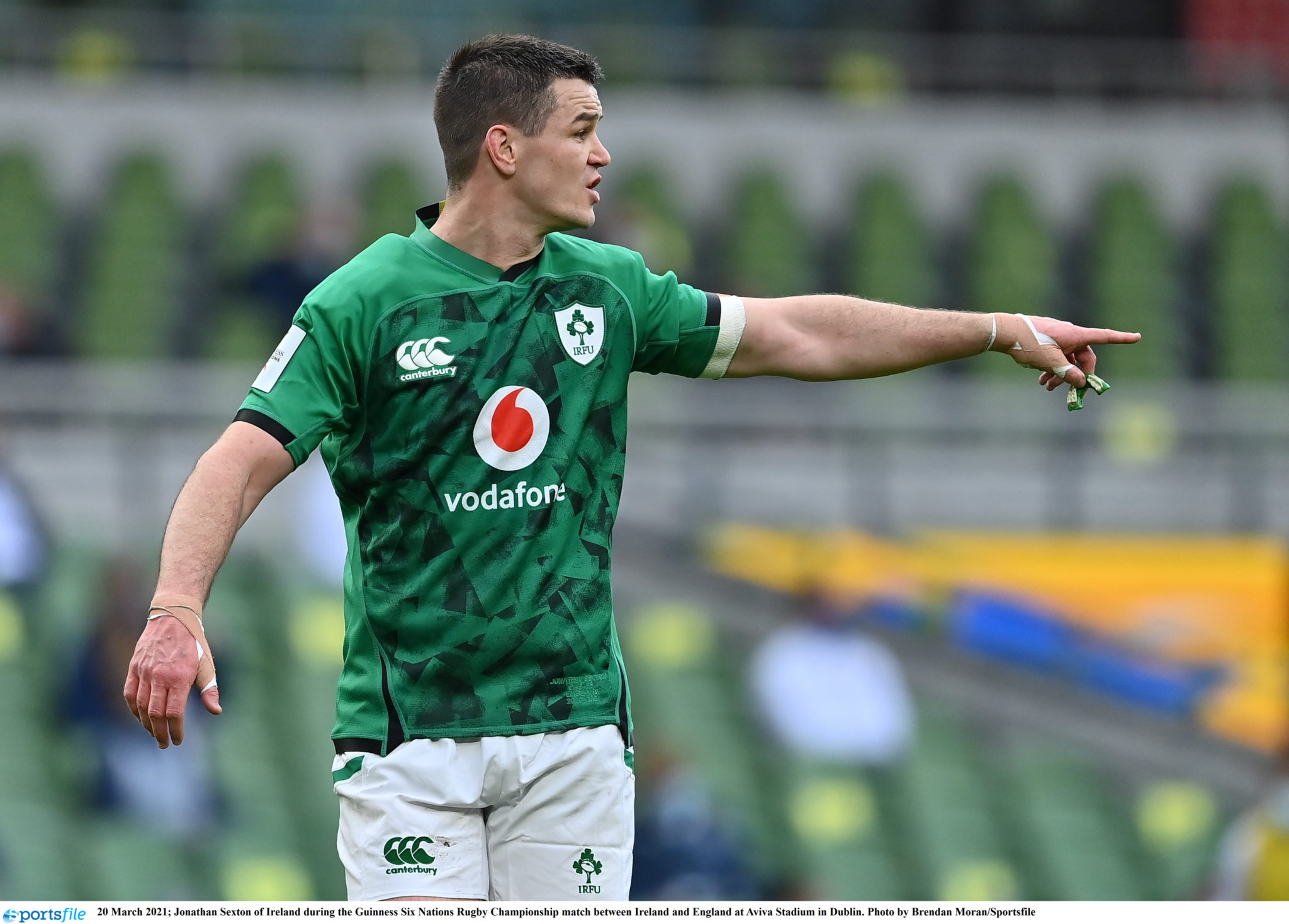 Jonathan Sexton of Ireland during the Guinness Six Nations Rugby Championship match between Ireland and England at Aviva Stadium in Dublin. Photo by Brendan Moran/Sportsfile

Sexton will take it one year at a time

At this point in his career, Sexton will likely not be planning further than a year ahead, according to Quinlan.

This means that a likely decision on if he will push for a World Cup place will only be made next year, but Quinlan would not be surprised to see Sexton run out for Ireland in one more bid to lift the Webb Ellis trophy.

“He said it himself, it is a year-by-year thing now,” Quinlan said. “This will hurt him a lot, that he hasn’t got on this tour because it would have been a big goal of his to get on the tour.

“We are not sure where the World Cup situation is now, but it will continue on. That conversation will start next December, whether he signs a new contract or an extension.

“It depends on what the player wants himself. I know myself when you get to that stage, it is year on year.

“I think secretly he does want to go to the next World Cup, but he probably won’t be saying that as much anymore.

“It wouldn’t surprise me in the slightest if he does [make it to France], because that is the type of [person he is].

“That is one of the reasons that I would have taken him to South Africa. He is a big game player. He was a big loss for Leinster in La Rochelle.”