Ronan O'Gara: Gatland is wrong about Sexton, he is invaluable

Ronan O'Gara: Gatland is wrong about Sexton, he is invaluable

Sexton was one of the biggest omissions from the Lions’ 37-man squad that was announced on Thursday for the tour of South Africa.

While Gatland suggested that Sexton’s durability was the main reason for the omission, O’Gara believes that this is a mistake.

The Irish legend spoke on Friday’s OTB AM, and suggested that Sexton’s form this season should have secured him a plane ticket.

“If I was Johnny Sexton, I would be very disappointed and I think he has every reason to be disappointed,” O’Gara said.

“The tour is now. We are not looking at summer in 12 months, it is now. I think he had an excellent Six Nations; his goal kicking is as good as it has ever been if not better.

“I think he is the man for the big occasion, I think he can manage his body for the next three months to get the best out of him. Afterwards it is a different story.

“With regard to going on a tour with everything on the line, [and everything] involved in winning a test series, I think he is invaluable in your 23.”

O’Gara believes that, in order to win a test series, it is more important to win the first two matches, rather than getting a full-strength team across all three tests.

“If it is all-in for winning the test series, which the Lions series are about, he probably has to train the house down, play the Saturday before the test, and play the test,” O’Gara said.

“To win the test you need to dominate South Africa for 60 minutes in the second test to hopefully get over the line.

“The discussion to me seems to be around if he can back up tests,” O’Gara added. “The answer was ‘no’, and then they moved on.” 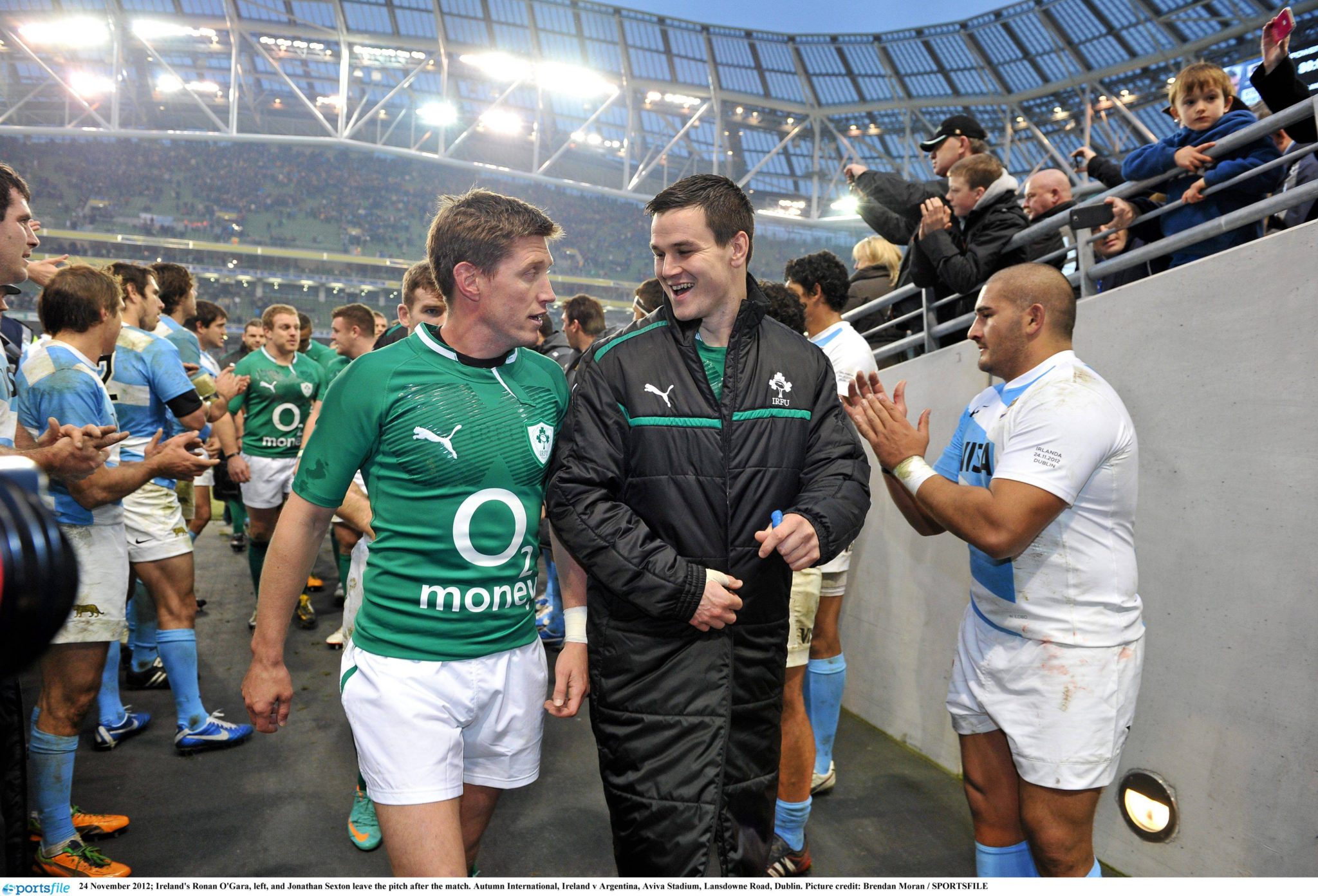 O’Gara reached out to Sexton

While O’Gara might not have experienced a Lions snub to the extent that Sexton has just experienced, he did feel for his former rival, and reached out to him after seeing the squad.

“We have had our differences over the years, most definitely, but we had a lovely few years in Paris together that was hugely enjoyable.

“I have had periods of strong contact and periods where you wouldn’t be in contact, but there is an awful lot of respect there and I admire what he has done in his career.

“It is tough, but that is what happens. It is tough, but it is not personal, and you move onto the next job, and Johnny will move on and get motivated for what his next challenge is.”

Despite the disappointment that Sexton will be feeling, O’Gara believes that it is with James Ryan that supporters’ sympathies should lie.

“Johnny is at an age where he has done so much,” O’Gara said. “It is someone like James Ryan that you have to be particularly disappointed for.

“He is at an age where he is probably, not near his prime, but he has offered so much. We were categorising him as a world-class player, a potential Ireland captain, Lions captain and then all of a sudden, this morning, he is not involved in the squad.

“That is soul destroying. But what doesn’t kill you makes you stronger as the saying says, and that is so true.”