Alan Quinlan: 'It is frightening' | Brain trauma in rugby

This week has seen frightening revelations of brain trauma from former-rugby professionals, and A...

Alan Quinlan: 'It is frightening' | Brain trauma in rugby

This week has seen frightening revelations of brain trauma from former-rugby professionals, and Alan Quinlan believes it is a issue that needs to be continuously addressed.

Quinlan was honest in his assessment of the problem while discussing brain trauma in the sport, with Adrian Barry and Shane Hannon on Friday's OTBAM.

"It is frightening, I think, first of all," Quinlan said.

"I had an indication that it was coming. I got an email, a number of months back, about it from the law firm in London enquiring had I any issues, or did I want to talk about it."

"I do not have any issues, I do not think anyway, but it is very, very serious."

On Tuesday, it was revealed that a group of ex-players were taking a claim against World Rugby, the RFU and the WRU. 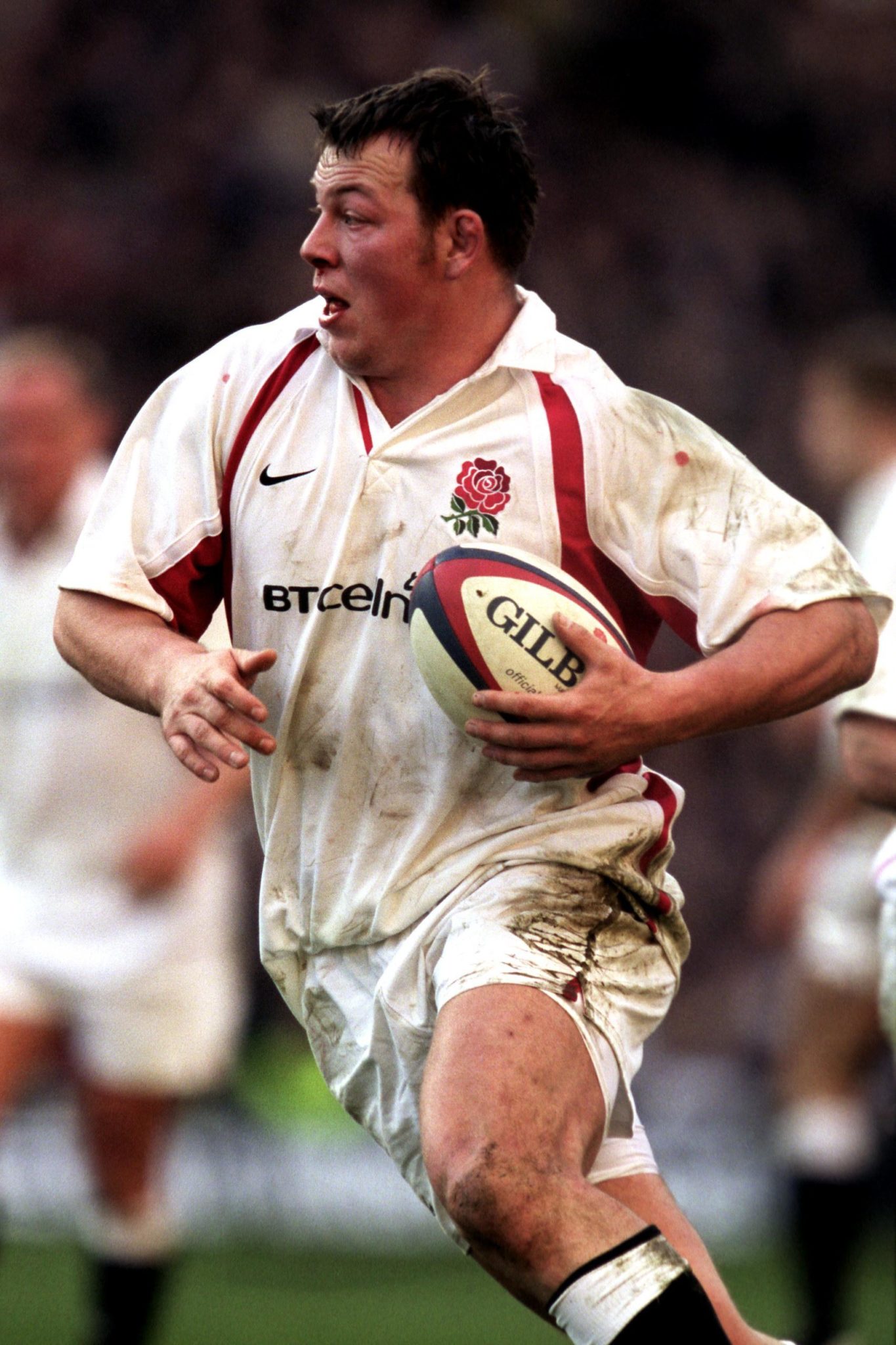 One of that group included Steve Thompson who sadly detailed the extent of his injuries that included bouts of anxiety and frequently being unable to recall his wife's name.

It has forced former-players, like Brian O'Driscoll, to reflect on their own careers.

While the group are seeking damages for the alleged lack of care shown towards players welfare in the past, Thompson outlined his wish to ensure the game is regulated in future.

"I don’t want to kill the game. I want it regulated," Thompson said in a conversation with The Guardian newspaper.

The current situation and how it can be improved upon

Alan Quinlan believes that education is essential to ensure that rugby continues to value player safety above all else.

While he feels that there have been vast improvements in recent years, that should not be a barrier for a constant reevaluation of safety protocols.

"Obviously, it is shocking to see Steve Thompson in that situation," Quinlan remarked.

"Who is at fault here? I do not know. 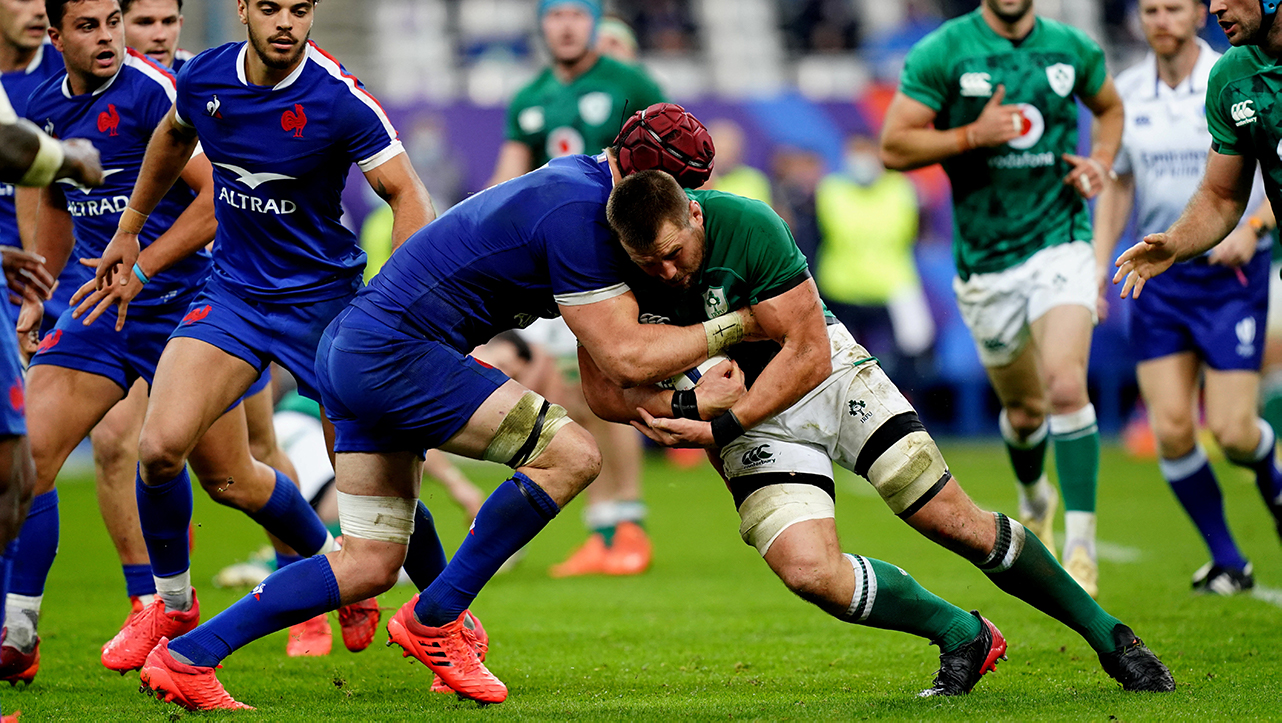 CJ Stander of Ireland is tackled by Bernard le Roux of France during the Guinness Six Nations Rugby Championship match between France and Ireland at Stade de France in Paris, France. Photo by Sportsfile

"I played rugby by choice and then got the opportunity to be a professional rugby player and get paid to do it. I loved the physicality of it.

"The whole protocols around the head injury assessment has completely changed for the better. I think there was a reduction of 28% in concussions at the Rugby World Cup. That is a promising sign.

"Gone are the days when you go out, Monday to Thursday, and kick the crap out of each other in training and expect to play a match on the weekend. It has changed for the better," Quinlan concluded.

Alan Quinlan believes that all stakeholders in the game have a part to play in order to protect athletes.

He reflected on his own experience as a parent watching his son play the sport:

"My son plays rugby. I heard Bernard Jackman talking about his young fella who plays. Our kids have played against each other." 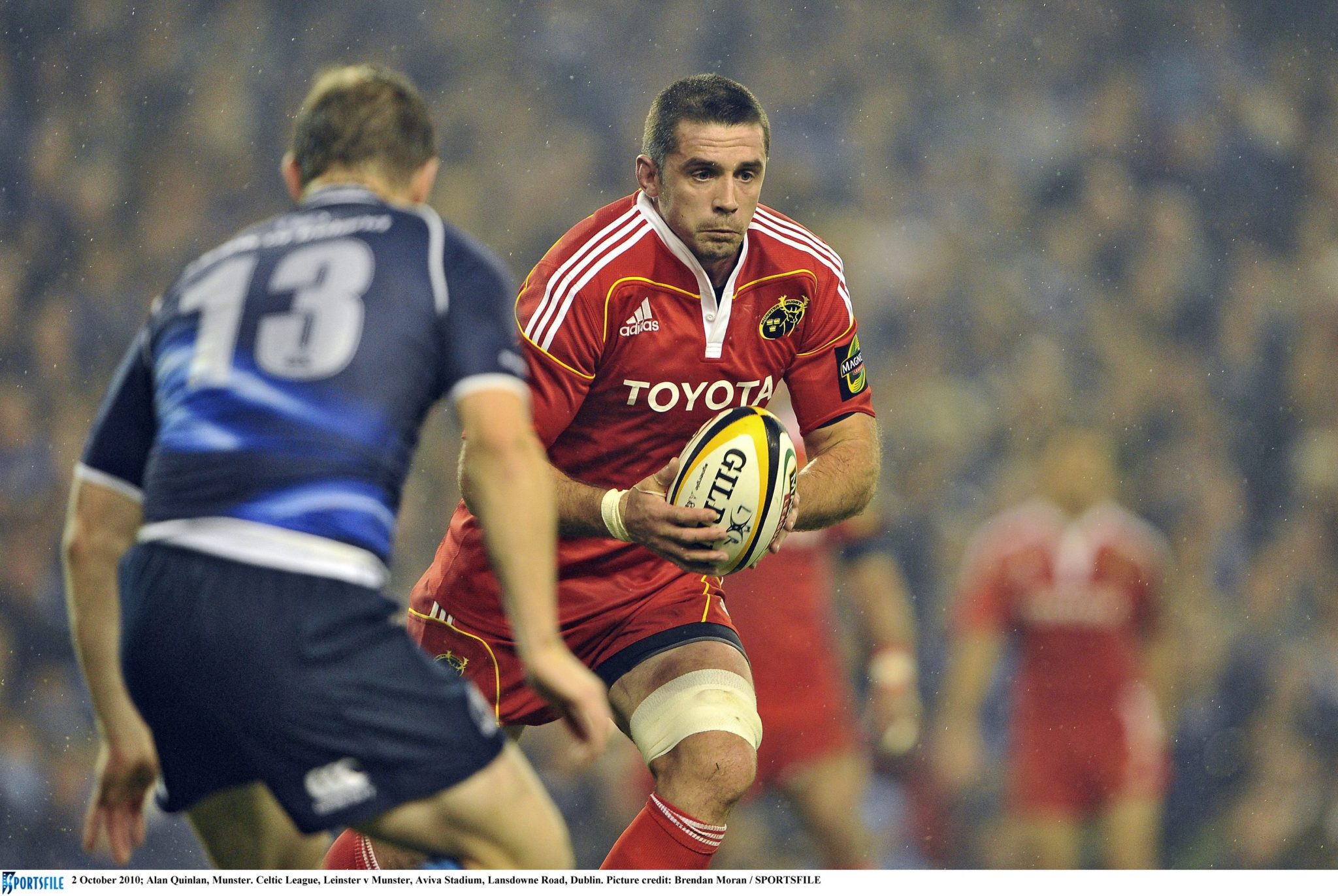 "When you hear stuff like this, yes [it is concerning], but I love to see my son out there. He loves the contact, he loves the physical side of rugby.

"I would be lying if I said there was not some concern."

The way to alleviate this worry is to educate all coaches at an amateur level, Quinlan believes.

"We need to educate amateur coaches right across the county, at all levels. If a kid gets a head knock, if there is a star school player, and he gets a bang in training during the week, and he is the best player on the team, well he does not play."

Quinlan has participated in videos to raise awareness of the dangers of concussion for the IRFU.

Increased awareness of the dangers of brain trauma across sports

Sadly, at times it takes tragic events to force a spotlight on certain issues and increased focus on brain trauma is not exclusive to rugby.

There has long been concern amongst various parties about head trauma in combat sports, American football and even football. Chris Sutton has spoken at length about the effects heading a ball has had on his father who suffers from dementia - as has former-Ireland international Tony Cascarino who also has a history of the condition in his family.