Wexford manager Davy Fitzgerald said he feels his side were unlucky not to win in normal time aft...

Wexford manager Davy Fitzgerald said he feels his side were unlucky not to win in normal time after ‘gut-wrenching’ extra-time defeat to rivals Kilkenny.

The epic extra-time contest ended 2-37 to 2-29 in favour of the Blackcats; however, the eight-point discrepancy does not tell the whole tale between the old rivals.

Speaking to Off The Ball after the game, Wexford boss Davy Fitzgerald said he was not content with just being involved in such a classic encounter.

Fitzgerald said, “Great games don’t mean anything to me - winning them means everything to me.

“I feel we were the better team in the 70 minutes; that’s my honest opinion. I think one or two things went against us, but we have to say fair play to Kilkenny; they’ll never give in.”

Fitzgerald felt there were crucial points in the 70 minutes that turned the tide in favour of Kilkenny, particularly a refereeing decision that saw the game’s tide completely flip.

“I thought a big turning point was Jack O’Connor’s free; I 100% think that was a free for Wexford. Instead, Eoin Murphy puts it over, making it a two-point swing.

“You have to respect it as a game of hurling, but Kilkenny aren’t better than us, we’re every bit as good as them, and that showed today.

“Naturally, I am a bit hurt, and it’s hard to take that because, man, we had it right there.” 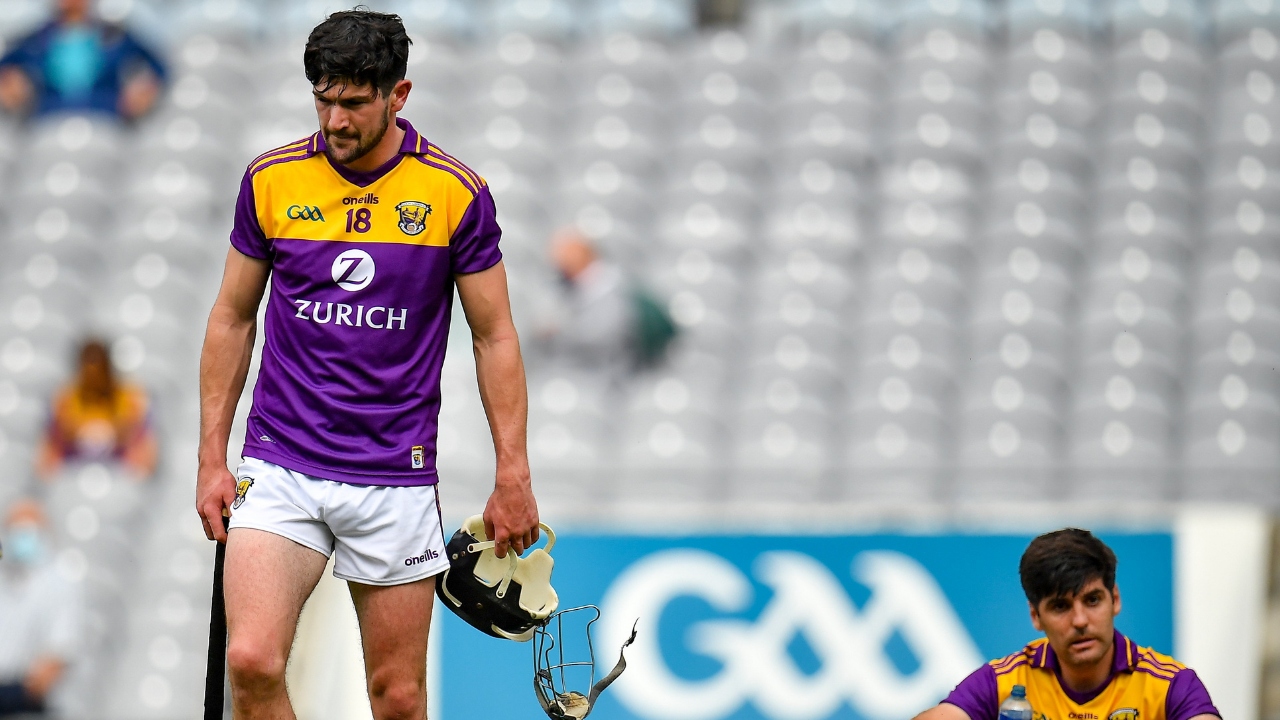 Fitzgerald added that he has no complaints about the endeavour his players showed throughout the 90 minutes.

“I just feel so sorry for my lads; eight points wasn’t the margin; everyone knows that. We were just gone at the end. It’s gut-wrenching from our point of view.

“When you get 110% from your players, you can’t ask any more of them; I couldn’t ask another thing from them. I know there were two or three points that we shouldn’t have gave away, we handed the points over, and you can’t give that to a team like Kilkenny.”

Due to COVID fixture planning, games will go to extra time rather than a replay. Fitzgerald says he has no complaints on that decision but would have loved another game against Brian Coady’s men.

“It’s not ideal; I would have rathered we came back next week; we would’ve had some craic, wouldn’t we? I would’ve loved to have another 70 minutes against Kilkenny; let us go after them again.”

Incredible take and finish in the back of the net from Walter Walsh for @KilkennyCLG v @OfficialWexGAA in extra-time of the Leinster Senior Hurling Championship Semi-Final #GAANOW pic.twitter.com/NXZa3uSM3P

Wexford vs Kilkenny games are always intense, with former goalkeeper James McGarry letting his emotions get the better of him. Fitzgerald noted that he would be keeping it in his mental filing cabinet.

“I could see James McGarry’s reaction when they got the second goal; he nearly jumped out of his stand and come down and tell me about it. So, it must have meant a lot to him, which is great.

“Fair play to him; I’m glad to see his enthusiasm is so big, but won’t forget it, we’ll keep it stored, so we will.”

Despite this, Fitzgerald says he gets his kicks from the rivalry between Wexford and Kilkenny, saying it may even trump some of the Munster rivalries he was involved in.

The Wexford manager said, "I absolutely, absolutely adore it. I absolutely want to be in the thick of it. I don’t fear Kilkenny, never have, and I never will, but I absolutely love playing against them because I know you’re going to get 110%.

Munster hurling is great, but I’ve seen it from both sides, and that out there today was incredible. I think it’s awesome for hurling.