Limerick star Aaron Gillane spoke to OTB Sports about a company he set up during lockdown and the...

Limerick star Aaron Gillane spoke to OTB Sports about a company he set up during lockdown and the importance of saying 'Thank You'.

The number of people Aaron Gillane makes a point of thanking runs into double figures before our conversation comes to an end.

From his Limerick teammates to Damien the Fastway courier, the GPA and most vital of all his parents, one is left assuming that Gillane himself has leant little more than his likeness to a new company operating out of the family home.

"Sure, all I’m doing is sharing a picture here and there on social media," he modestly states of his involvement in AG Sports, a new provider of sporting equipment.

"It was my father’s idea, and it is my mother who does all the hard jobs between the accounts and taking care of orders. It is no great burden on me."

Delighted to set up AG Sports providing grips and sliotars for all age groups for both Hurling and Camogie. Check the page out on Instagram @aarongillane_sports. Support greatly appreciated 👍 pic.twitter.com/RivCHFYGbq

Without hurling to occupy his time, an idea to sell sliotars and grips emblazoned with Gillane’s own design took hold during Ireland’s first Covid-19 lockdown. By mid-August, the understated Limerick hurler shared news of the venture online and AG Sports was underway.

Across the five months that followed, an impressive burst of interest remained steady enough to justify diversification; snoods, masks, beanie hats and keyrings are now also available. “About half-way there” with the website, orders are still mostly made via direct message to Gillane.

“My phone is hopping non-stop,” he admits, “but that’s a good complaint really.”

All the while, Aaron Gillane has won a second All-Ireland with Limerick and put his ambition for primary school teaching on the back-burner to focus on a new role in the local Bank of Ireland branch.

It would seem just as well then that AG Sports has not exacerbated his hectic schedule, right? 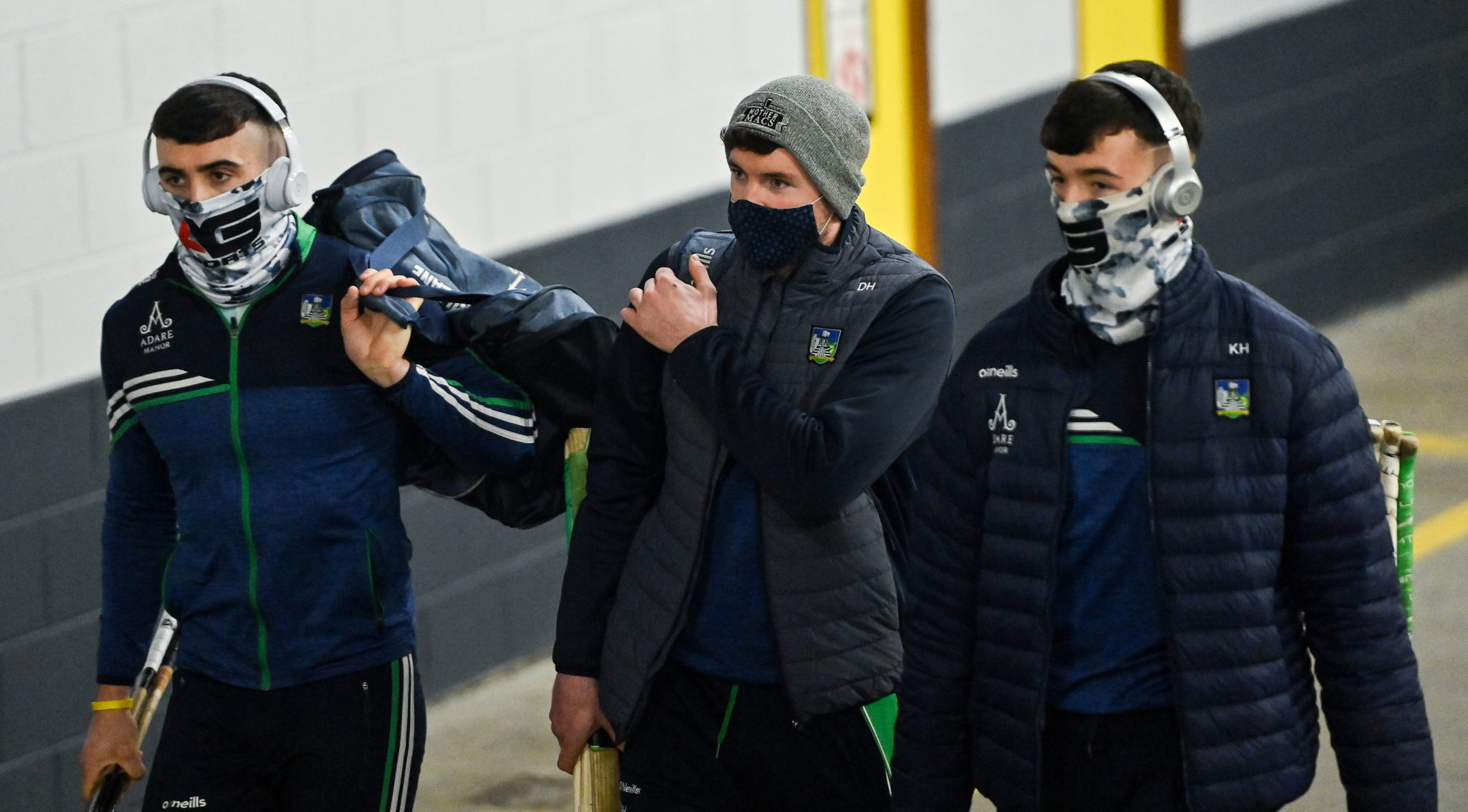 As one scrolls through Gillane's social media accounts, it becomes clear that there has been no shortage of opportunities to explore the commercial spotlight his sporting success attracts; be it the car he drives or dental work.

On account of his success, his name and image have taken on greater meaning.

It is partially on this basis that he has wagered the prospective success of AG Sports on 'Aaron Gillane', the Limerick hurler and brand. Yet, with his name - or initials, anyway - now over the door so to speak, a greater degree of self-assurance is required.

Before even the products that he is immensely proud of, Gillane is selling himself.

Just as well then that he has been instrumental to Limerick's recent successes. The county's top scorer now for three successive championships, his style of play has been honed to such a degree that Jamie Wall - Gillane's former manager at Mary I - believes he is one of few players Limerick would really struggle without.

It all goes to suggest that AG Sports will become just another notch in Gillane's untrammeled road to this junction in his inter-county career.  Much like the inevitable ascent of his club mate Cian Lynch, his success can at times seem almost predetermined.

This does not tell the whole story, however.

While one would hesitate to label his success surprising exactly, Gillane truly is at pains to acknowledge the role external forces have played in his development.

"I remember playing a minor match for Patrickswell when I was 16 against Kilmallock," he recalls, "and we ended up hammering them and I was playing wing-forward and maybe only scored a point of the 5-30 or 6-30 we got.

"Walking down the road home afterward someone stopped me. 'How'd you get on? Did you score?' I told them I got a point or two and they kind of said, 'Oh, is that all?' It left me wondering then if I had played well at all.

"Clear as day though, I walked in the door of the house and I remember still what my father said to me. 'If you can keep up them performances, you're not far away from senior hurling.'

"I took such great confidence from that and I'd say it kept me smiling for two weeks straight."

Limerick - 'The Greatest hurling team of this year and of all time'
Understanding Limerick through Beethoven's late works
'If I left during the strike, I mightn't have gotten a Limerick jersey again'

As it was with his hurling, so it remains with this latest venture.

"My parents would have their heads screwed on," he explains, dismissing any suggestion that AG Sports would have made such a strong start without their input. "People around Patrickswell too, it is all about that support you get from out own, you know, they always back you to the hilt.

"With the GPA then, I could ring Ian Reeves there any hour of the day and he'd pick up the phone to me. He was a super help and I couldn't get over it. The business wouldn't be going half as well as it is if I didn't get in contact with them in the first place and I'm so grateful for their help."

One of 14 Limerick hurlers in contention for an All-Star award later next month, despite the obvious proximity of his new company and his sport, he is adamant that both worlds never collide.

At 24, he has already grasped the tenet of Damian Lawlor's When the World Stops Watching and diversified his interests beyond sport alone.

"I find that this helps to take my mind off hurling and allows me to concentrate on something else," he admits of the day-to-day responsibilities that come with running a company.

"If you're at home trying to get parcels ready to go out the next morning, your mind is taken off the next match. It is positive and healthy in that way."

Indeed, from a Limerick team regularly lauded for their cohesiveness, Aaron Gillane is not alone in taking a step into the unknown.

"Once I got the ball rolling Séamus Flanagan set up his own little company selling hats and beanies and t-shirts," he remarks of his partner in the full-forward line, William O'Donoghue and Darren O'Connell two more Limerick players with companies of their own.

"At the end of the day, everyone has to fend for themselves and make sure they can put diesel in the car."