The failure of Proposal B at the GAA's Special Congress on Saturday is an example of the ongoing tussle between administrators and the GPA.

The failure of Proposal B at the GAA's Special Congress on Saturday is an example of the ongoing tussle between administrators and the GPA's 'troublesome, troublemaking players', according to journalists Vincent Hogan and Dion Fanning.

Proposal B, which would have seen the Gaelic Football Championship being restructured to resemble more of a league format, was defeated on Saturday as it did not receive the two thirds majority required to pass.

The final count showed that 50.6% of voters were in favour of the proposal, with many believing that the appetite is there for a change, it was just that this proposal was not quite good enough to implement.

While Proposal B was favoured by many players, being endorsed by the Gaelic Players' Association (GPA) as well as members of the media, administrators felt that it undermined the importance of the provincial championships.

Speaking on The Sunday Paper Review after the vote, journalists Fanning and Hogan believed that the vote displayed the ongoing tussle between the amateur players and the GAA's administrators.

"Journalists with a strong opinion are frowned upon," Hogan said. "But most journalists who have written about this are members of GAA clubs themselves; they are GAA people.

"I think that embedded in some of this, there is an in-built resistance to the GPA as well, and the GPA is the voice of the current inter-county players."

The Currency's Fanning agreed with Hogan, suggesting that the GAA are not unique in their disagreements with players, albeit they are slightly behind where other sports are in terms of listening to their players.

"That is the thing," Fanning said. "When you see a debate like this, you look at it and go, this is the exact same conversation, the exact same tussle that has existed everywhere.

"It is between administrators and what they see as troublesome, troublemaking players. The GAA might be behind the curve on this because of the amateur status.

"This is like Tom Finney wanting to leave Preston [North End] in whatever year it was, and the chairman telling him, 'why would thou want to go to Italy, Tom? You will be staying here for life!'

"The idea of the GPA or whoever as the outsider, as the people who don't really have any concerns for the greater good of the association, seems to be quite a widespread one." 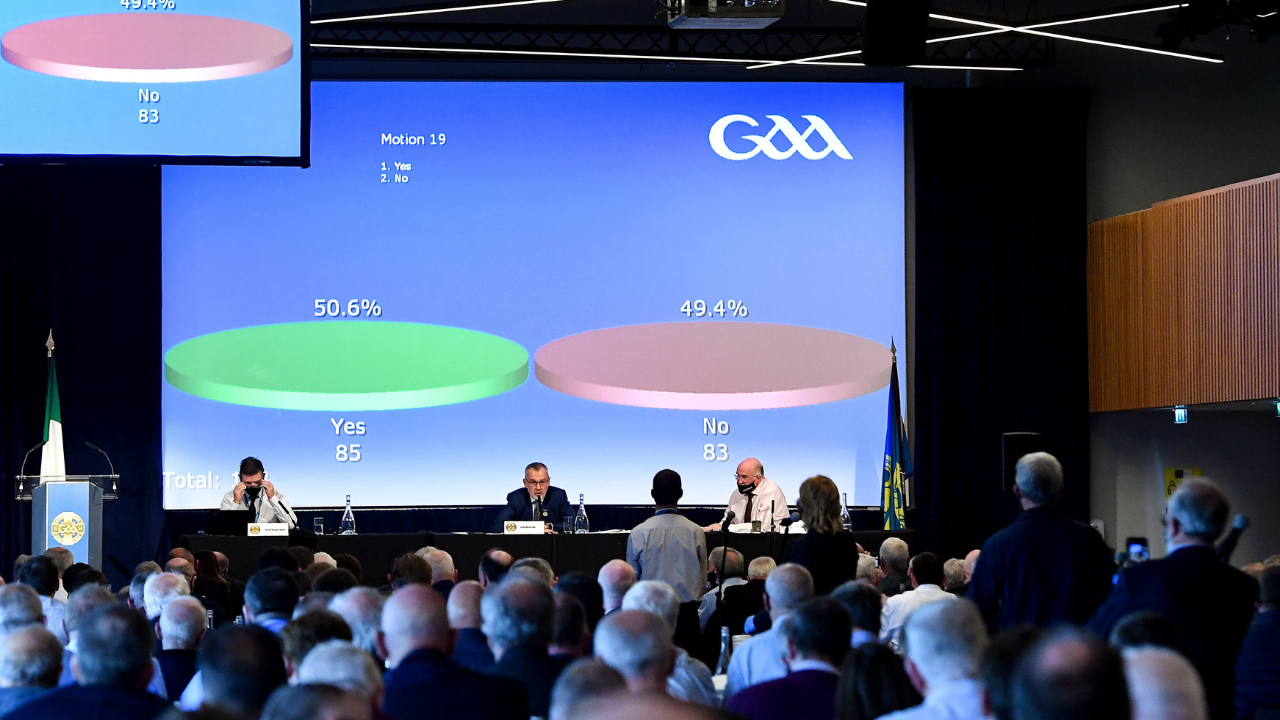 For Fanning, the vote on Saturday was evidence that the GAA still needs to adapt to the modern conventions of taking players' associations into account when deciding on the future of the sport.

"When you hear some of the quotes, you would say that this is the GAA that some of us would have heard all our lives about various things; whether it is foreign sports or whatever," Fanning said.

"It is that same voice. Talking to Paul [Flynn] during the week, he wasn't very confident at all that it would pass.

"He felt that, when it came to the crunch, maybe because of the secret ballot, whatever, it wasn't something that was going to be embraced this time.

"From the congress I was at [earlier in the year], there was that sense that there are almost fifth columnists present within the GAA in the form of the GPA. That is something that seems to take a long time to change."