Lamar Jackson is on course to win the second MVP of his short NFL career. Somehow, the Baltimore ...

Lamar Jackson is on course to win the second MVP of his short NFL career.

Somehow, the Baltimore Ravens just keep winning. This week we learned that Ronnie Stanley will miss the rest of this season. Stanley is one of the Ravens best players and one of the best players in the NFL. When he was absent against the Los Angeles Chargers, Alejandro Villanueva played left tackle.

The Ravens blew the Chargers out regardless. It was 34-6, an unprecedented result against a Chargers team that previously looked unstoppable. Justin Herbert was held to a singular touchdown by the Ravens defence, while Jackson couldn't be stopped.

Losing Stanley is going to put a major dent in the Ravens' hopes of winning the Super Bowl. This scalp against the Chargers is big, but winning a Super Bowl means beating at least three quality teams in consecutive weeks. That's a tougher task than winning regular season games.

But Jackson still wins. The Ravens are 5-1, the only team to have won five games in the AFC. Jackson ranks seventh in the league in rushing yards and ninth in passing yards.

He's beating defences in every way imaginable and doing so with a roster that continues to worsen.

Denver Broncos +3 over the Cleveland Browns

Nick Chubb and Kareem Hunt are out for this game. The Browns' running backs are more important to them than most running backs are to their teams. That is because Baker Mayfield is heavily reliant on the running game to be effective. Once he's exposed to straight dropback scenarios, he's liable to implode.

While the Broncos have lost their way somewhat over recent weeks, they should play with greater balance on offence to win this game outright.

Atlanta Falcons -2.5 over the Miami Dolphins

The Dolphins have reached the stage where they have to win a game before they can be trusted. Last week's loss to the Jaguars was astonishingly poor and Tua Tagovailoa is clearly not a good quarterback. Tagovailoa is naturally right-handed and throwing with his left hand. It's a quaint story but he also looks like he's playing with the wrong hand. 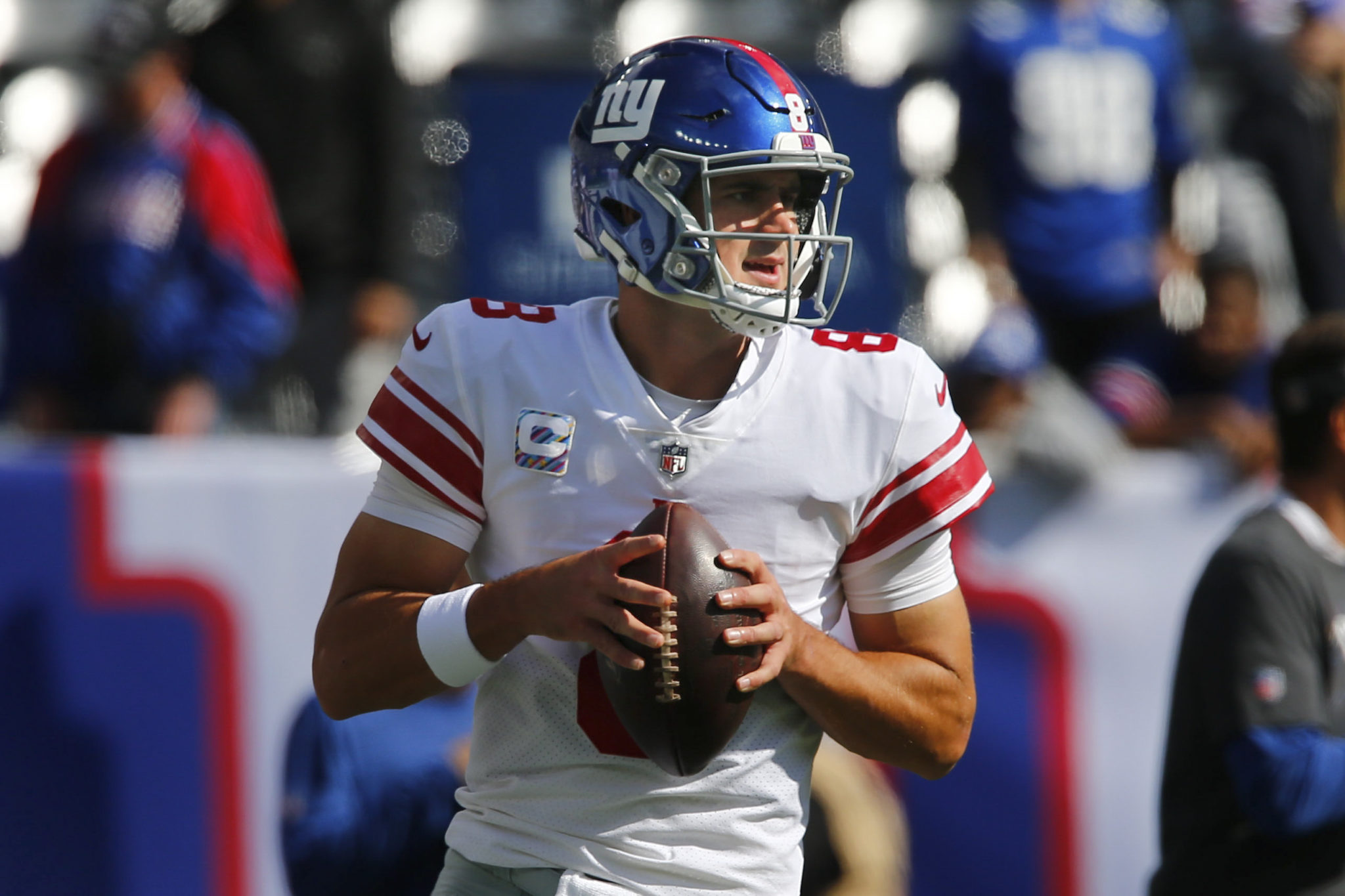 Just how bad are the Giants? Because they look absolutely awful. They look like the worst team in the NFL.

An NFL with Urban Meyer's Jacksonville Jaguars in it.

Baltimore Ravens -6 over the Cincinnati Bengals

Lamar Jackson is always the story. He'll be the story in this game. Jackson should eclipse 30 points on offence, so the Ravens defence will only need to create a couple of big plays to win the game. Joe Burrow looks good and the Bengals have the weapons to create big plays, they're just a step below the Ravens right now.

Picking this Titans defence over Patrick Mahomes is a big statement. But that's where Mahomes and the Chiefs are right now. They have no chance of containing Derrick Henry and the Chiefs skill position players won't keep pace with him on the other side of the ball.

Andy Reid needs this win. So maybe they can pull it out. But even if they do it shouldn't be a game they win comfortably.

Mac Jones continues to trend upwards. Zach Wilson less so. With Hunter Henry three touchdowns in three games, the Patriots receivers starting to show some life and Damien Harris healthy, the Patriots offence is starting to fulfill some of its promise. On the other hand, the Jets are simply a bad team.

Washington +9.5 over the Green Bay Packers

The Packers beat the Bears by 10 points last week. They limped past the Bengals the week before. Now, they face a Washington team that is very similar to the Bears. Nothing came easy for the Packers against the Bears, they were lucky to win by two scores. If Washington can replicate that performance, they'll have a chance to win this game.

Even if they don't, they should be able to stay within a touchdown. 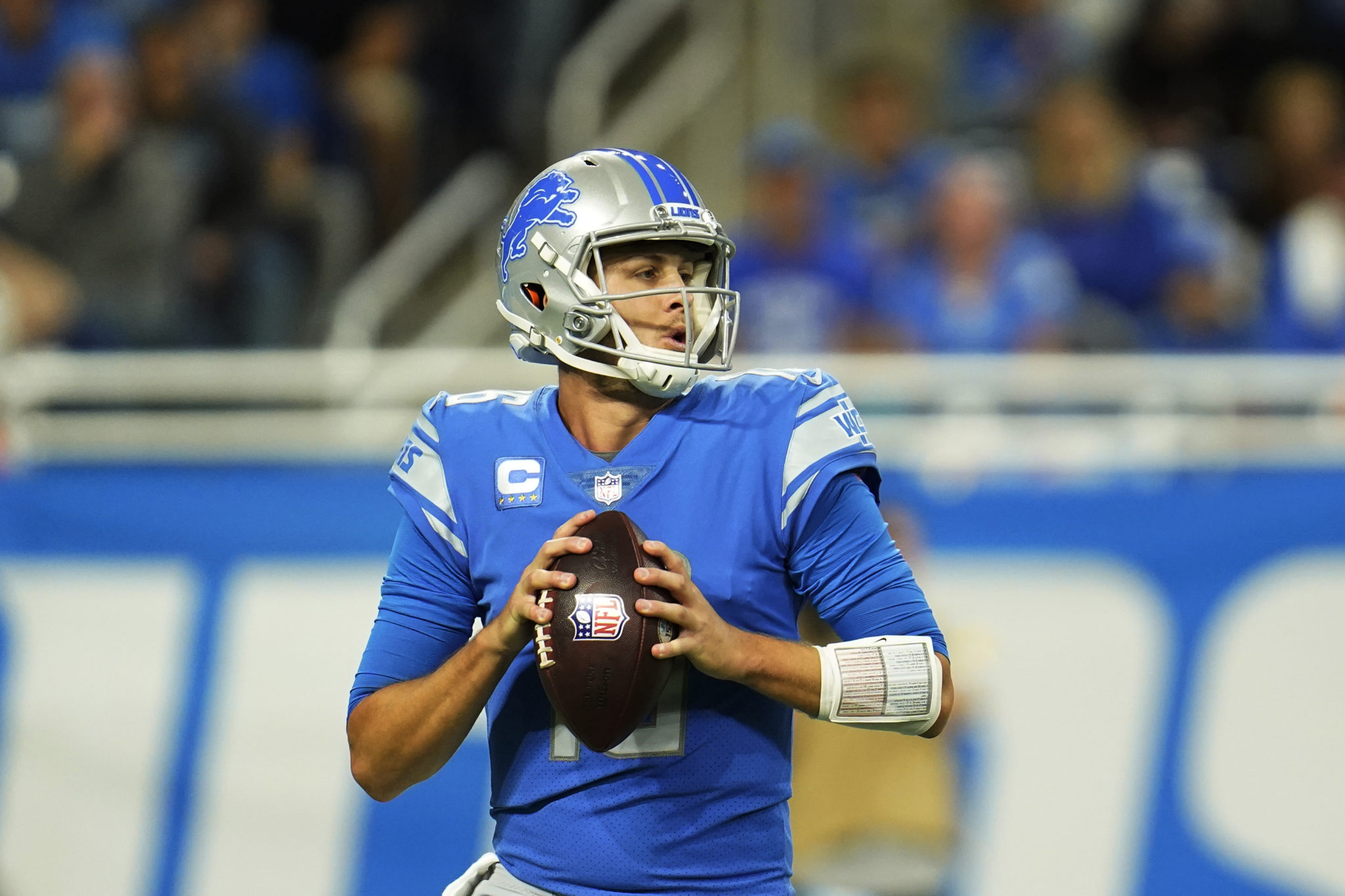 15.5 points is a lot in the NFL. The Lions are awful but only two teams have beaten them by more than 15 points this season. The Rams have two 20+ point wins this season and maybe they pursue a blowout for Matthew Stafford. Jared Goff will want his own revenge game but the Lions will likely be conservative on offence in the hopes of keeping the game close until the end.

Dan Campbell isn't really offering much in the form of hope for Detroit.

The Eagles signaled their intent by trading Zach Ertz to the Arizona Cardinals. Ertz wanted out prior to the start of the season but he's also still an effective player. Letting him go limits the offence and takes away one of Jalen Hurts' proven targets. Dallas Goedert and the young receivers are already playing a lot so it won't change the team dramatically, but it does reflect how their season has gone so far.

Although the Raiders are a mess off the field, they impressed last week and showed some resolve in the face of the changes. Derek Carr is still Derek Carr so you don't know what you're getting, but the talented roster should expose the weaknesses in the Eagles team.

It's not an easy line to pick because the Bears have been better as of late. Justin Fields has added more to the offence. He's still making mistakes but he offers improved accuracy and athleticism to a unit desperately in need of both. Fields won't have it easy against the Buccaneers defence, he's more likely to contribute to the Buccaneers lead than keep pace with Tom Brady.

Arizona Cardinals -17.5 over the Houston Texans

17.5 is an insane number. But it's hard to see how the Cardinals don't win this game by more than 20. The Texans will be relying on self-inflicted wounds and special teams plays to cover.

Jimmy Garoppolo and Carson Wentz were once darlings of the league. They've since been cast aside, replaced by more durable, diverse toys who entertain each Sunday. Wentz and Garoppolo are less important in this game than the Colts defence and 49ers defence. These are similar teams right now but the Colts have their star running backs available and a defence that is playing relatively well.

Jonathan Taylor should be able to make enough plays for the Colts to cover/win.

Geno Smith did enough to cover against the Pittsburgh Steelers. He should repeat that feat at home in primetime against the Saints. While the Saints are the better team, that occasion will be intimidating for Jameis Winston. Seattle in primetime at night is one of the best experiences in the NFL...for fans.

It's one of the worst for opposing quarterbacks.

A key will be Smith's ability to get DK Metcalf involved against Marshon Lattimore. Smith has a lot of talent in terms of his intermediate and deep passing, so even if he's not a consistent quarterback, a couple of big plays in the Seahawks favour could be enough to cover.

John Coghlin on how athletes can become faster through speed training.