Cian Fahey picks games against the spread for NFL Week 6. Empires are built to fall. But nobody e...

Cian Fahey picks games against the spread for NFL Week 6.

Empires are built to fall. But nobody expected the Kansas City Chiefs to fall quite so fast.

Josh Allen and the Bills obliterated the Chiefs, but they didn't have to work hard to do so.

The Chiefs offence was plagued with dropped passes and missed opportunities. The most notable were Mahomes missing a wide-open big play in the first quarter and then Tyreek Hill dropping a pass that became a pick-six in the second half.

On defence, the Chiefs got very little pass rush and repeatedly gave up big plays on balls when defensive backs misread the flight of the ball in the air. L'Jarius Sneed and Daniel Sorenson were at fault directly for three big plays when they were in perfect position to play the ball at the catch point.

Maybe the Chiefs rebound. It doesn't seem likely though. Mahomes is still a superstar, maybe the best quarterback in the NFL, but the roster is lacking. Josh Gordon won't solve the skill position problems and the talent on defence just isn't there.

Reaching the playoffs is now a real challenge for the Chiefs. They'll benefit from the Raiders implosion but they won't catch the Chargers in the AFC West.

Tom Brady's Buccaneers are one of the best teams in the NFL. They're almost certainly the best team in the NFC. Brady has been blowing teams out, whereas the Eagles are coming off a bad performance at home against the Carolina Panthers.

Although they won, major questions about Jalen Hurts emerged after a poor passing display.

Miami Dolphins -3 over the Jacksonville Jaguars

The Dolphins might be bad. The Jaguars are definitely bad. Brian Flores' defence needs to be better. Trevor Lawrence has shown flashes of ability but not consistently enough to trust him yet. It should be an easy cover for Miami.

Cincinnati Bengals -3.5 over the Detroit Lions

Just so long as it doesn't come down to the kicker.

Justin Fields offers the Packers defence problems. His athletiicsm will open running lanes for the Bears offence. The Packers can't tackle anyone and aren't good against the run at the best of times, this should allow them to stay close to Aaron Rodgers.

Indianapolis Colts -10 over the Houston Texans

For as bad as the Colts were in the fourth quarter against the Baltimore Ravens, they did show off some quality building that lead. The Ravens came back because Lamar Jackson is an unsolveable problem. Davis Mills isn't.

Jonathan Taylor should have a big game. Carson Wentz could too but the Colts won't need him to if they feed Taylor early in the game.

If ever the Chiefs needed a big regular season game from Patrick Mahomes, this was it. The sport has looked so easy for him for so long. But now after a handful of bad losses, the Chiefs chances of making the playoffs are under real threat. Andy Reid and Mahomes should do enough to win.

But Washington's pass rush will be on Mahomes all day, it's still one of the most talented in the NFL. And the Washington offence has enough talent to expose the Chiefs porous defensive play, so the home side will cover.

The Ravens have a short week after playing on Monday night. They won that game but in a dramatic fashion rather than an impressive fashion. Justin Herbert won't allow them to be so sloppy and still win. Herbert excels at beating blitzes and Don Martindale is still blitzing too much.

Joey Bosa will disrupt the Ravens running game, putting pressure on Lamar Jackson and his receivers to repeat last week's performance. We know Jackson can, but can Marquise Brown and Mark Andrews play well together in successive weeks?

It's hard to bet on.

The Rams have been up and down all year. They are a Matthew Stafford team in the NFL, so that checks out. Maybe the extra time allows them to cover the spread, but the Giants should do enough on offence to stay within 10.

Minnesota Vikings -1.5 over the Carolina Panthers

Losing to the Eagles on the road in itself wasn't that bad. Losing in the way that the Panthers did was. Sam Darnold was bad and a late fourth-quarter turnover gave the Eagles a game they weren't really in. 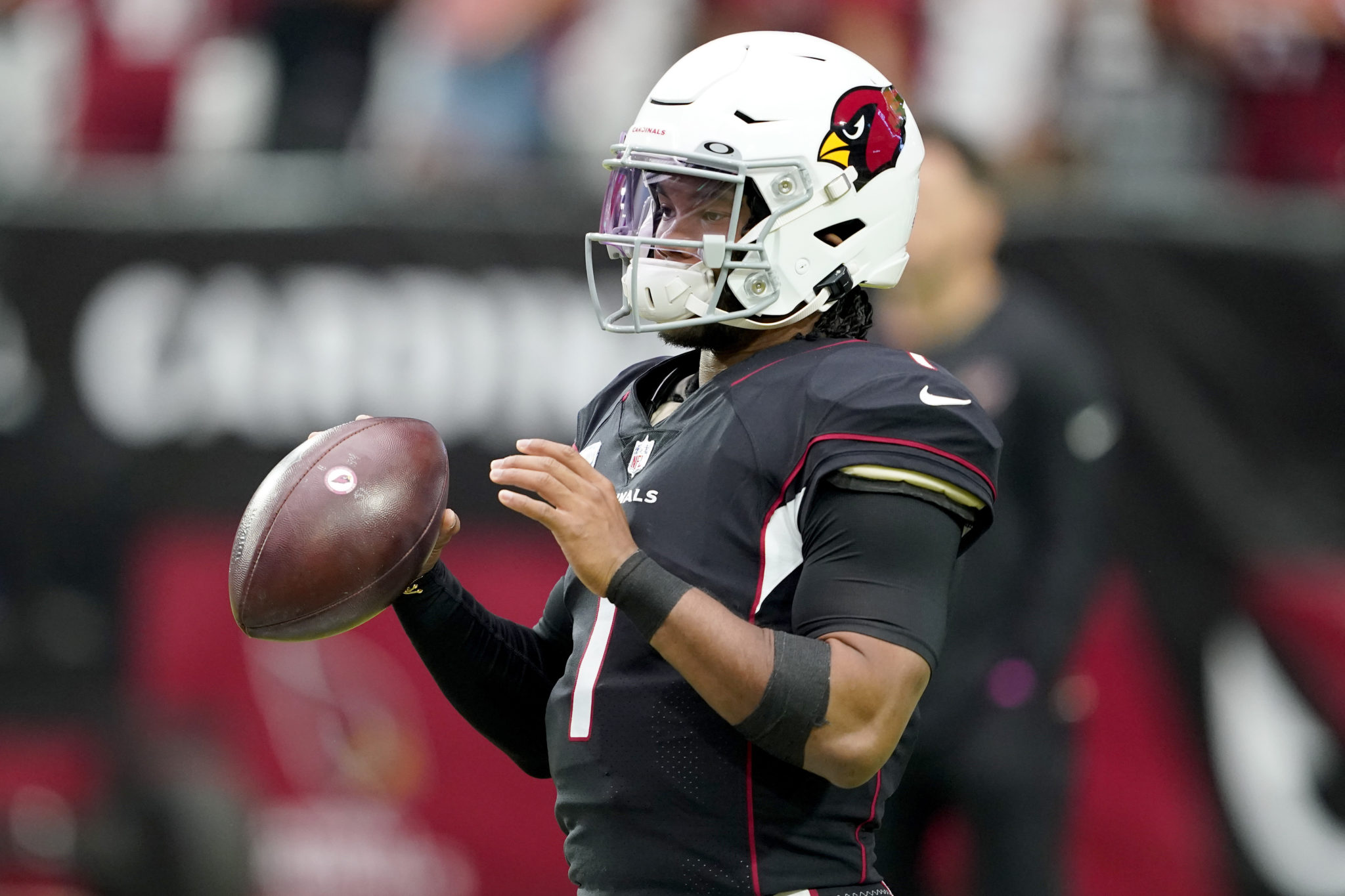 Arizona Cardinals +3 over the Cleveland Browns

Baker Mayfield is a limited quarterback and he's proven that too many times over his career to trust him. If the Browns are to win this game, they'll either have to force turnovers from Kyler Murray or get an early lead by running the ball. Maybe they need both.

Murray hasn't been making the big mistakes as often this year. He will be able to extend plays, neutering the Browns pass rush which should be the difference in the game. Murray isn't being discussed as the NFL MVP as often now as he was previously, but he's still playing at a very high level.

Sometimes when a head coach gets fired or quits in the NFL, the team galvanizes to win their next game. The Raiders were having a good season prior to Jon Gruden's departure but cracks were beginning to form. Now that Guden is gone, a lot will fall on Derek Carr's leadership, something that has been questioned in the past.

The Broncos are coming off a bad performance last week and need to rebound to keep their playoff hopes alive.

This line is too short. The Cowboys are facing Bill Belichick and they're on the road, but those are the only arguments against the Cowboys winning comfortably. It's simple. The Patriots are a far inferior team to the Cowboys talent-wise right now.

With that said, it wouldn't be the first time Mike McCarthy turned an easy NFL win into a shocking loss.

Seattle Seahawks +5.5 over the Pittsburgh Steelers

Geno Smith isn't certain to be the worst starting quarterback in this game.

Buffalo Bills -5.5 over the Tennessee Titans

Since the TItans can't cover anyone and since nobody can cover the Bills, this one seems straightforward. The upset will only come if Derrick Henry has a huge game and Allen serves up some unforced errors like he did in last year's NFL regular season game between the two.

Listen to The Snap with Ronan Mullen and Cian Fahey on Off The Ball at 2pm every Thursday. You can find episodes each week on Youtube, in the OTB Sports app and wherever you listen to your podcasts.

Colin Kaepernick, George Floyd and the strategy of the ruling class | Bomani Jones