Ireland head-coach Adam Griggs has named five uncapped players in his squad for the upcoming wome...

Stacey Flood, Eve Higgins, Emily Lane, Grace Moore and Amee Leigh Murphy Crowe are all included after impressing with the Ireland 7s team and could be in line to win their first test caps during the Championship.

Ciara Cooney, Edel McMahon and Grand Slam winner Larissa Muldoon have all been ruled out through injury while there are returns for prop Claire Boles and hooker Emma Hooban.

Ciara Griffin retains the captaincy and there's call ups for Katie O’Dwyer, Neve Jones and Brittany Hogan, who all made their debut against Italy last October.

“It means a huge amount to us to have test rugby on the horizon," Griggs said of their preparations. "This group have been working very closely together over the past number of months and the Six Nations was always going to be a priority for us.

"We have two more camps to fine tune things ahead of the first fixture and competition for match squad places will be high.” 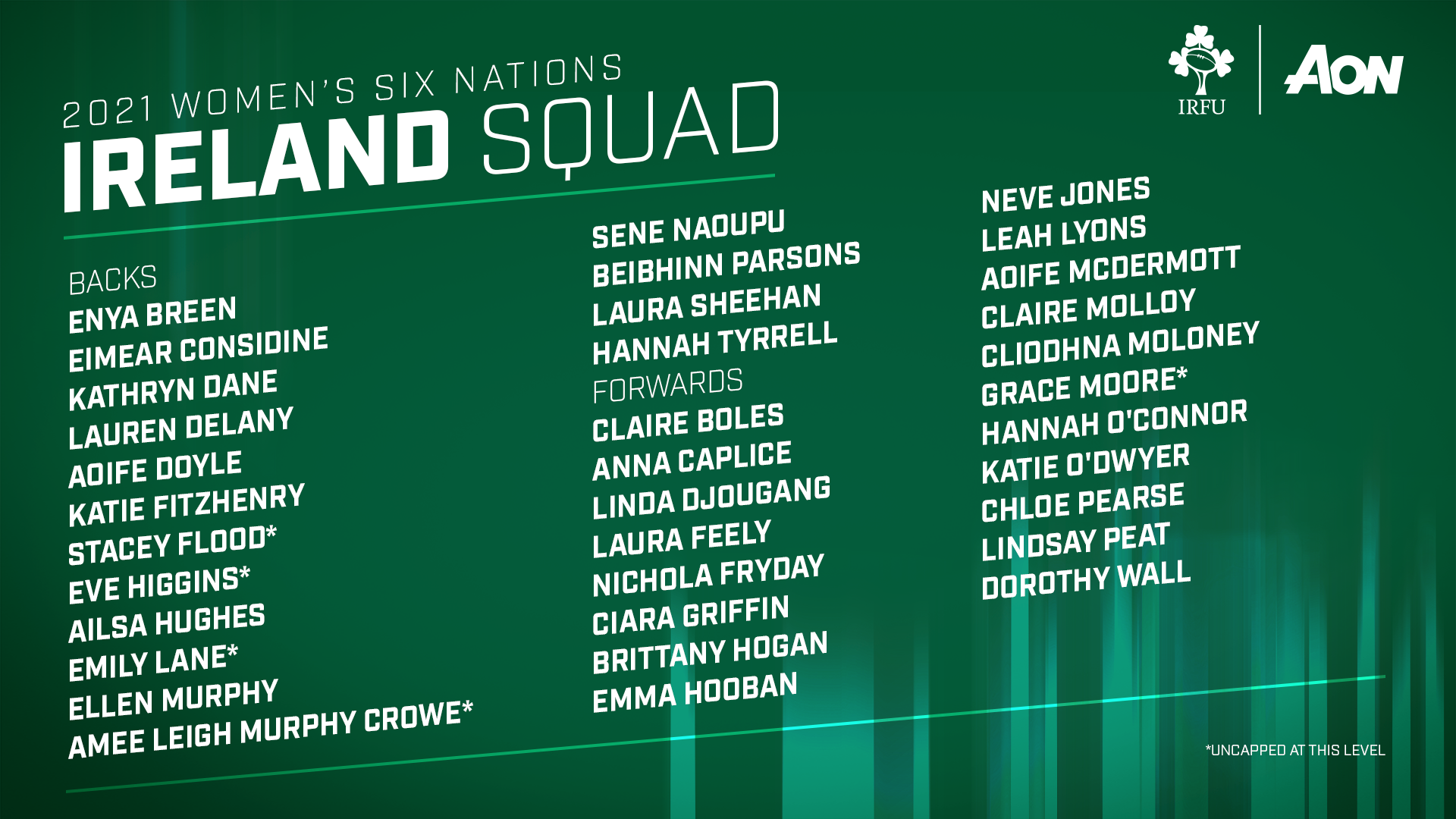 * Denotes uncapped at this level