Back in June, Georgia Drummy made a major mark on tennis' ITF tour.

The Irish player reached the final of the women's singles in Portugal and she didn't stop there. 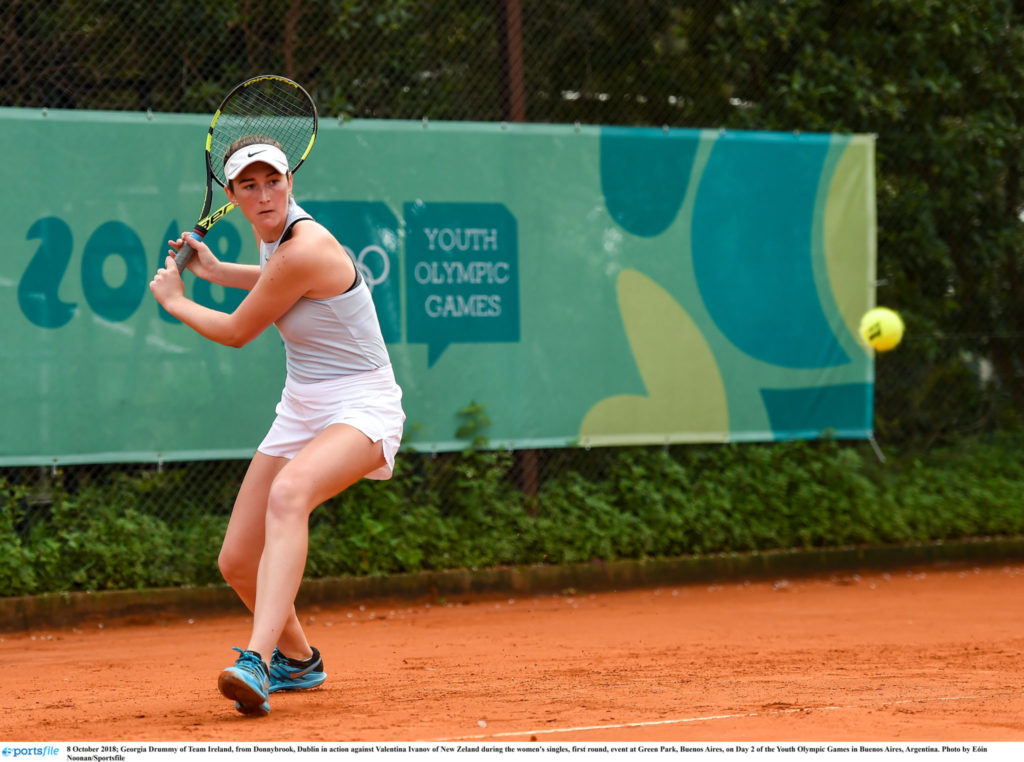 8 October 2018; Georgia Drummy of Team Ireland, from Donnybrook, Dublin in action against Valentina Ivanov of New Zeland during the women's singles, first round, event at Green Park, Buenos Aires, on Day 2 of the Youth Olympic Games in Buenos Aires, Argentina. Photo by Eóin Noonan/Sportsfile

The 110th ranked ITF player followed up her success, winning in Dublin this month in straight sets.

2 Irish Ladies through to the Semi-Finals!

A fantastic win from Georgia Drummy to claim a place in the Semi-Finals of the AIG Irish Open. We caught up with Georgia after her 6/4 7/5 victory over Sophia Biolay (FRA)

This week she joined Off The Bench's Cliona Foley to discuss her achievements thus far. The left-handed Dublin also spoke about her rising star status in a sport in which Irish players haven't made an indelible mark at the elite level in recent decades.

You can watch the full interview with Georgia Drummy above. Or you can listen on the podcast version here or below:

"Racing the only sport in the world with no gender bias"