West Ham boss David Moyes is challenging his players to remain in the hunt for a place in next ye...

West Ham boss David Moyes is challenging his players to remain in the hunt for a place in next year's Champions League.

The Hammers are up to fifth in the Premier League table - two points off the final automatic Champions League spot - after last night's 2-0 victory against Leeds.

Jesse Lingard and Craig Dawson were on target as the Londoners' maintained their hopes of a first top-four finish since 1986. West Ham have already collected nine more points that their haul from all of last season.

"We are doing really well at the moment," Moyes told Sky Sports after the win against Leeds. "We are having a good season, but we could have a great season.

"Our aim is to have a great season. If it were to finish now, we'd probably say we had a good year.

"I was disappointed when we dropped out of the top four. I'm not going to say we're going to finish in it, but why can we not hang in there and see what we can do? Anything in the top half of the league would be seen as a strong season for West Ham." 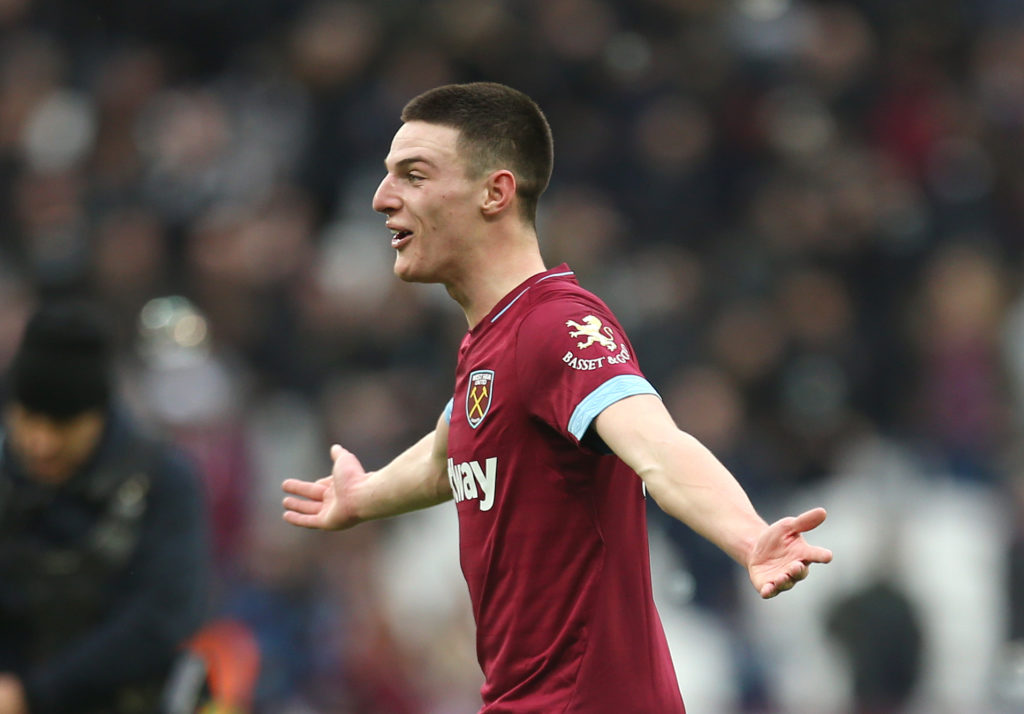 It's in our hands: Rice

West Ham captain Declan Rice has played all 27 games for Moyes' side this term and he believes they have the quality to qualify for Europe.

"I've been playing in the first team for four years and I said last week, this is the best squad I've been a part of at West Ham," the former Ireland international said.

"It's the gaffer's second time round, the players we've brought in, it's a real enjoyment. You wake up and look forward to going into training, seeing the lads.

"That's a great football environment, and that shows on the pitch, how we are off the pitch. How the manager's got us playing, it's a real special place to be around at the moment, and long may that continue.

"It's hard to come and say we're going to be in the Champions League, there's so many games left, Chelsea have hit some fantastic form and so have Tottenham. It's going to be a real tough test, but looking where we are compared to last season, it's a massive upgrade.

"It's in our hands, we've got Manchester United next then Arsenal, if we want to push on and believe we can be a European team, whether that's Europa League, Champions League, we've got to win the big games. We've just got to keep going, take every game as it comes - and we'll be ready."