Robert Dickson and Sean Waddilove are confident they can get themselves back into the 49er top te...

Robert Dickson and Sean Waddilove are confident they can get themselves back into the 49er top ten at the Olympic Games in Tokyo.

The Dublin crew posted 12th, 11th, and 13th for the day with the last score discarded as their worst of the series, leaving them eleventh overall and just one point off the top ten.

After Tuesday's memorable opening race win for the Irish sailors, windier conditions brought big waves to the Men's 49er skiff event in Tokyo but they were happy enough with their three mid-fleet results on Wednesday morning.

Racing on the deeper water course, three races staged over two hours saw the class favourites become established at the top of the leaderboard.

"We’re not coming in confused or deflated," Waddilove (Skerries Sailing Club) added. "We know what we need to change for the next day which are some simple things."

Thursday was supposed to have been a rest day for the 49er fleet but due to the loss of the programme on Tuesday due to the weather, two races will be held on one of the busiest days of the Olympic Regatta so far that will feature eight disciplines in action. 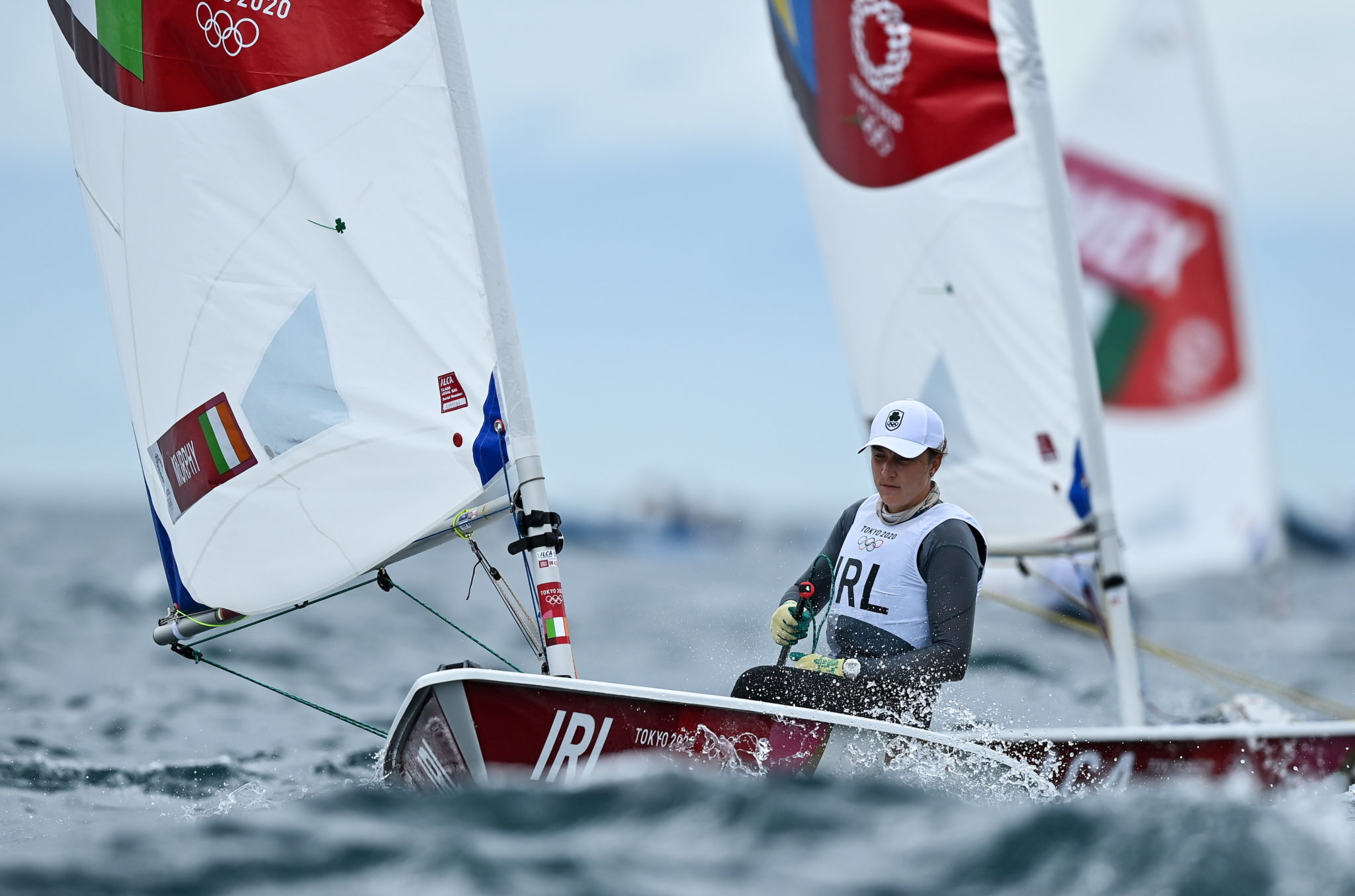 27 July 2021; Annalise Murphy of Ireland in action during the women's laser radial races at the Enoshima Yacht Harbour during the 2020 Tokyo Summer Olympic Games in Tokyo, Japan. Photo by Brendan Moran/Sportsfile

"That they are following their process and able to identify how to improve is everything we could ask for at a first Olympic Games," said James O'Callaghan, Performance Director with Irish Sailing.

Meanwhile, Annalise Murphy will resume her regatta on Thursday when the penultimate day of fleet racing is held with two more races scheduled in the women's single-handed event.

The double-Olympic veteran and Rio 2016 Silver medallist moved from 32nd place to 20th on Tuesday before a rest day on Wednesday.  She trails the top ten by 33 points and a place in Sunday's medal race final depends on keeping up Tuesday's form.