Robin van Persie has spoken about the team spirit when he joined Manchester United in 2012 as up there with the best he had seen in his career.

The Dutchman departed Arsenal for Old Trafford in 2012, winning the Premier League title in the 2012/13 season.

Van Persie, now 36 and having retired from the professional game last year, spoke on the UTD Podcast with presenters Sam Homewood, Helen Evans and David May recently.

He recounted the camaraderie and good feeling that was around Manchester United when he joined, and how that contributed to their success.

Still kicking every ball for @ManUtd I see @rioferdy5 🤣 See you back in the studio soon my friend 👊 https://t.co/gYnFR8yDui

"In my first year, that was very, very good. Maybe the best I have ever seen.

"Because Rio [Ferdinand], had one of his bans so he wasn’t allowed to drive, so I was his taxi-driver for about six months because we used to live next to each other.

"What tells you about the spirit of the team as well, every single drive, he was going on about football, going on about winning. How we going to beat the next team, about the team process, who is doing well, who needs help?

"When you realise that - as a team, as a coach, as players - then you are always competing for a trophy. Because that is the most difficult thing to actually happen in a team that everyone is on the same page and everyone breathes football and everyone talks about it. Just about one goal - winning together.

"You could see with Chicharito [Javier Hernandez], for example, he wasn’t a first-XI player in that year. But he made a big impact. Every single training session, he gave more than 100 per cent. He was always there.

"He was always with Vida [Nemanja Vidic], always competing for every ball. When he came on or when he started, he was always making a difference.

"If you have those kind of players, in that position, behaving and playing so well, that is one of the differences as well to be champions, in the end, because you can’t do it with 11 players, you need everyone.

"Every single player really counts and I think every player gave each other that feeling. Listen, if you are the number 1 or number 27, everyone counts as much."

Van Persie formed a formidable attacking partnership with Wayne Rooney when in Manchester.

However, not even the promise of that pairing could convince his son at first that leaving north London was a good plan.

"At one point, I told Shaqueel, who was a fan of Wayne Rooney, I said: 'Do you like the idea of me playing together with Rooney?' He said: 'Yeah, is he coming to Arsenal?'. 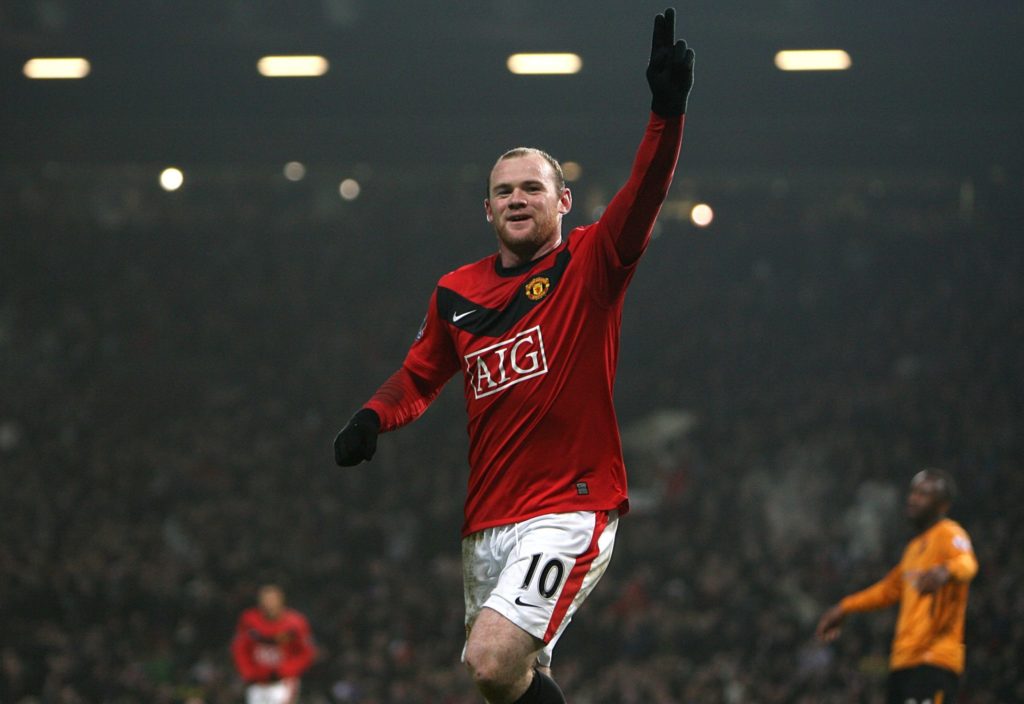 "He said: 'But that's far away, a different city.' He was quite young then and said: 'I have friends at school and I am happy here.' So he was not too happy about it, he was not too keen.

"With the kids, after three or four days in Manchester, they had new friends and are going so fast. They were really happy in Manchester.

"A lot of people told me, friends in London, they asked why was I going to live in Manchester? It'll be difficult, they said, it's really that bad and always raining - the classic story about Manchester.

"We had one of the best years in Manchester, Boucha and the kids. They were so happy there. Boucha was very happy there.

"London is a beautiful city but, to compare London and Manchester, in London, most people are in a rush.

"Even with a little chat, they are always in a rush and busy working. In Manchester, I noticed a lot of people, they just had more time and can have a chat; shall we go for lunch? Shall we do this? Shall we do that? It was a different lifestyle and, when you have a family, the perfect place to be."

'Not a fair question!' | Paul Merson on Arsenal v Spurs battle next season