In terms of result, it was mission accomplished for Ireland after their first Rugby World Cup warm-up game. But Joey Carbery was a casualty from that Italy game.

The Munster out-half departed the field with an ankle injury. But according to Ireland head coach, the former Leinster player did not suffer a fracture.

"I was enjoying his performance so much I said, 'Listen, you've got to start him somewhere," he told us.

"You reflect then on maybe how the Irish back-three were playing and in particular Jordan Larmour. Is there a possibility that Carbery could force himself into that 15 slot, taking into account the likes of Rob Kearney as well? But I thought he was superb." 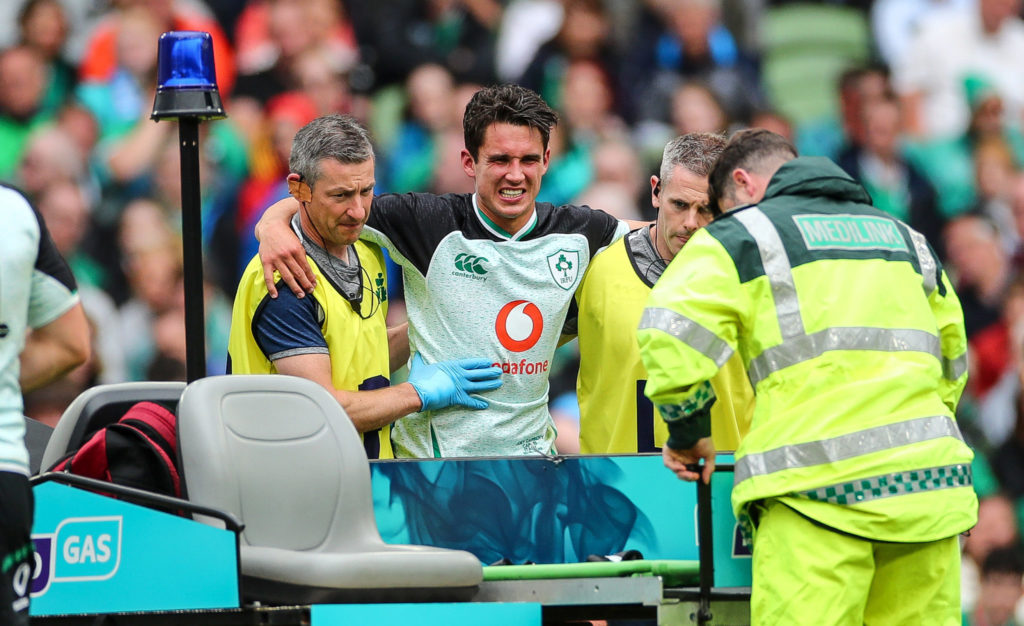 Reflecting on the way Australia approached their win over the All-Blacks, Toland believes Carbery has the skill-set to be a counter-attacking playmaker in that mould.

"It would be worthy of looking at. Whether it's too late now running into the World Cup is another debate," he added.

"I don't think it's something Joe Schmidt is looking at, to be fair."

Thoughts also turned to South Africa-born lock Jean Kleyn who made his Ireland debut, having become qualified. Given his fairly late introduction to the Ireland fold, how viable is he for the Rugby World Cup?

"It's ridiculous to compare Tadhg Beirne to Jean Kleyn. They're totally different players," he said.

"Kleyn is not the rampaging second row like a Tadhg Beirne. Tadhg Beirne is like a 5-and-a-half, six player. He can play both six and the second-row. So he'll get around the pitch. Kleyn's not that type of player.

"But if you look at his season with Munster, he's of enormous importance to what Munster are doing. He's a real enforcer, a real dog. When he becomes used to the Irish players, I think he'll become a huge enforcer and very, very important."

Toland highlighted Kleyn's ability in the scrum and how that would be beneficial late on in a hypothetical quarter-final at the World Cup where Ireland will be aiming to avoid the concession of penalties.

"If we give them any opportunity, they could play for a penalty and we could lose our semi-final on that one key aspect. It's really, really important," he said.

"But it will take time for him to bed in and get used to the systems. But I think his value is certainly... if I was picking him or Quinn Roux, I'd say I'd pick Jean Kleyn based on what I've been watching all last season."