Two Irish soccer internationals have told how female players from rural areas face much greater obstacles in becoming professionals than their counterparts from Dublin and other cities.

International teammates Leanne Kiernan and Amber Barrett are among the minority of Irish players who grew up in rural counties – a geographical divide that makes it far more difficult for players to access the clubs and training they need to develop as elite players.

There were 21 Irish-born players in the training squad of 26 that lost to Germany in December in their final Group match in their UEFA Qualification Group for Europe 2022.

Out of those 21 players, Kiernan and Barrett were two of the three players that were from counties without a major city in it or within the Greater Dublin Area. Ellen Molloy, from Co. Kilkenny, was the third.

Kiernan, from Co. Cavan, spoke about the need for family support in order to travel long distances to train and play for clubs in Dublin, which provide clearer pathways for players to graduate to the professional game. 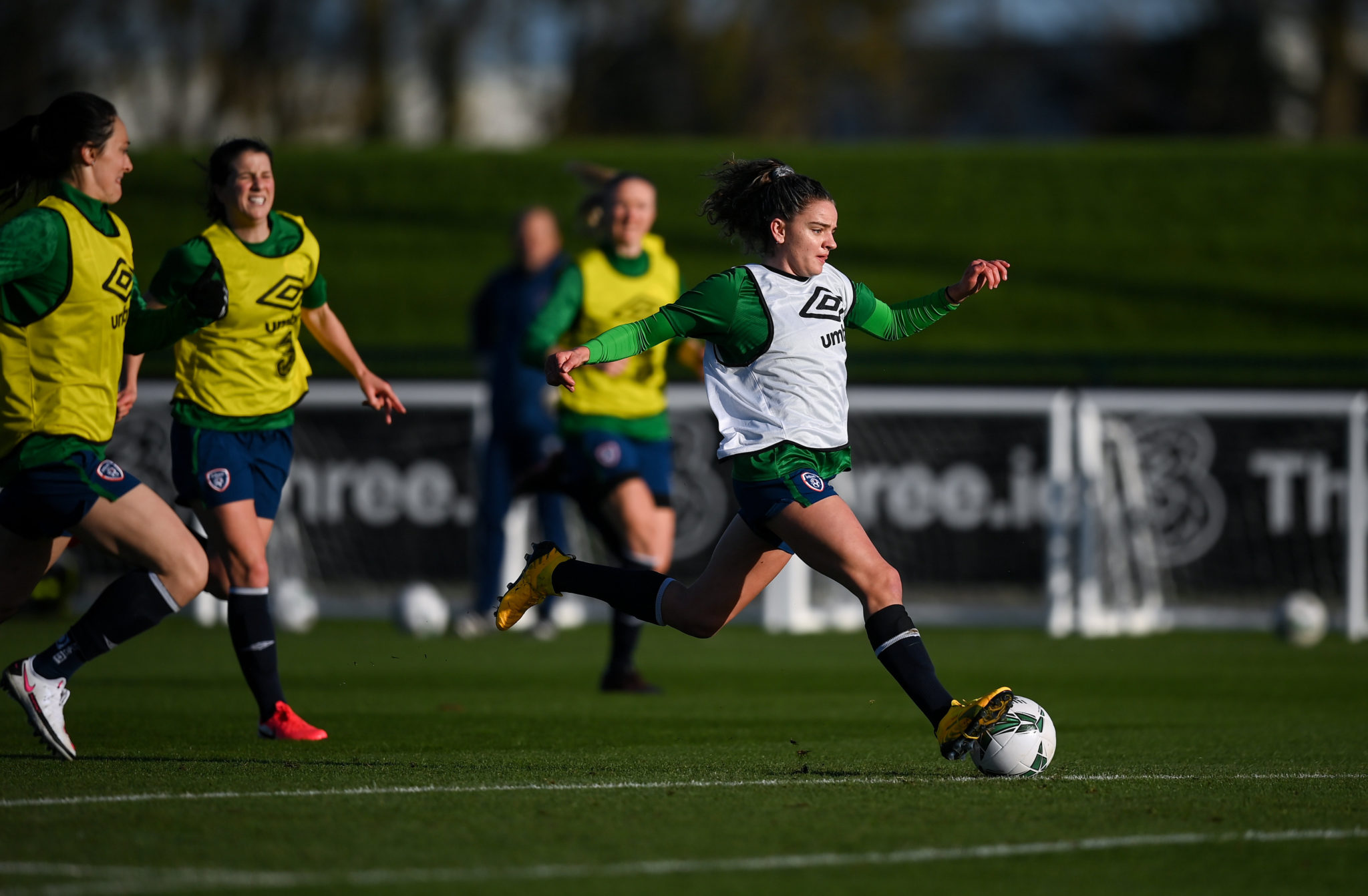 Kiernan, who plays as a forward for West Ham United in the FA Women’s Super League in England, recalled the efforts of her family to drive her from her home in Bailieborough, Co. Cavan, to train with Shelbourne F.C multiple times a week.

“My dad would have to even finish work early to get in the car and bring me up training every evening,” Kiernan said about the journey to the urban club for training, adding that Co. Cavan did not have “the facilities like Dublin growing up with soccer for girls at the time.”

Barrett, born in Co. Donegal in January 1996, joined German side FC Köln in 2019 after she began her career at Milford United, on the local boys’ soccer team. She moved to Maynooth for university and began playing with Peamount United, a club based in Newcastle, south Dublin.

Barrett enjoyed great success at the club, finishing the Women’s National League top scorer for Peamount three seasons in a row in 2016, 2017 and 2018, and was named Player of the Year in November 2017.

Asked about possible obstacles in the pathway for young female players from rural clubs, Barrett -- from Milford -- said young players had to drive to get access to quality training.

She said: “I suppose someone coming from the northern half of the country the way I have, you know, there’s a lot of, I suppose, there's a lack of top level teams in that regard” she added. “There’s a lot of players there that would've had to travel to play”.

Speaking of the journey she took from Co. Donegal to her club in Dublin, she said: “My plan was I was always intending to go to Maynooth University which is only 20 minutes away from Peamount.” She added that the shorter distance was ideal for her. 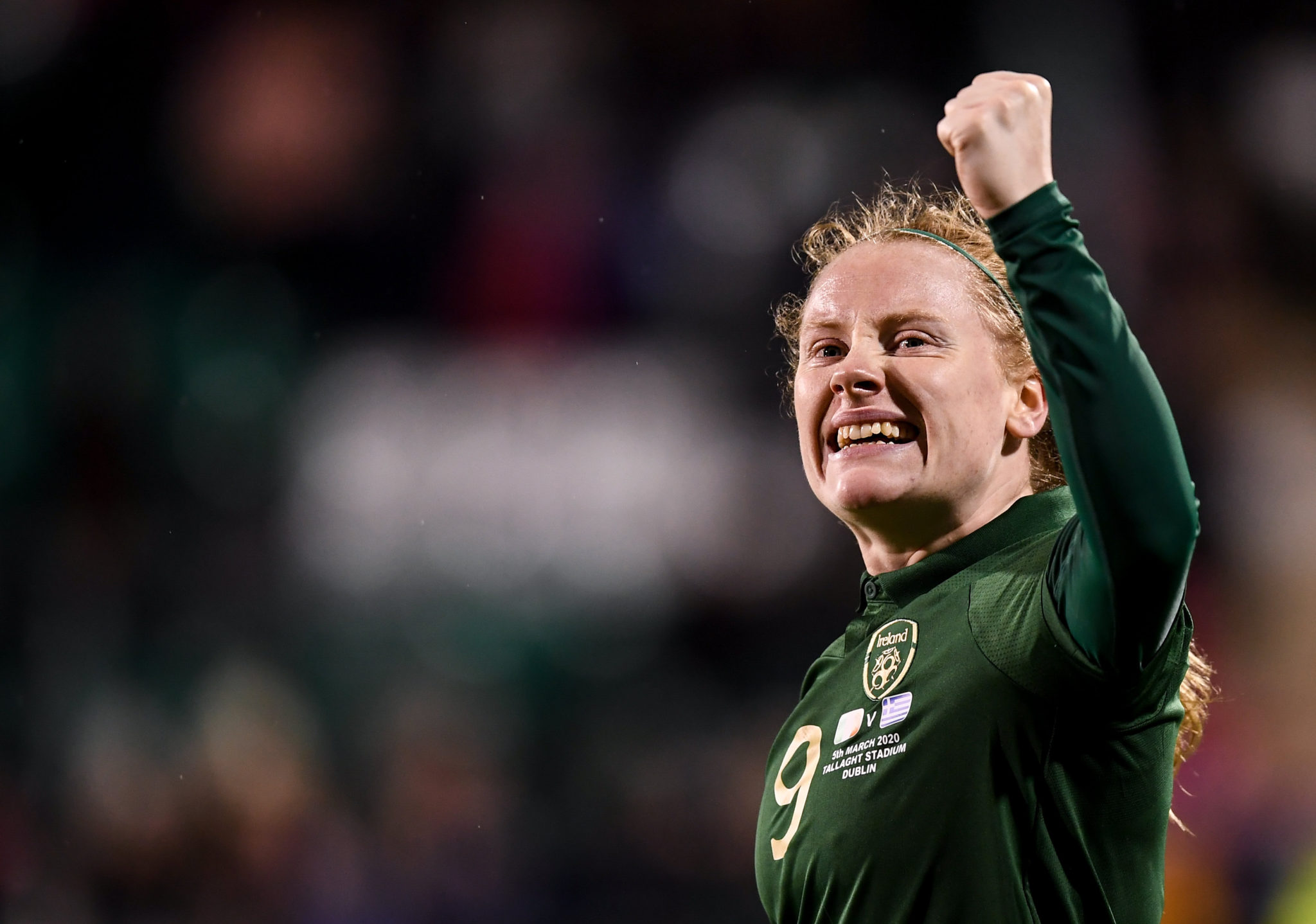 Noel Gillespie, coaching officer and treasurer at Amber Barrett’s first club, Milford United, said these obstacles meant promising players were not scouted and given the support to develop.

He said: “There were definitely players missed back in the day.”

“You’re travelling four, four and a half hours to get to Dublin, play your training session and come home again. So it’s a massive commitment for a player to go that way”, Gillespie said. “To get the best opportunity, some players stay in Dublin the night before, and the expense of that there alone - you need to be very, very committed, with that expense and time”.

Without an underage ladies team for Barrett to play for, she had to take a break from the sport until she was old enough to play for a senior team, Lagan Harps FC in Donegal.

“When Amber was growing up there was [only] a senior ladies league in the county, and after U14 she wasn’t allowed to play with the boys’ team anymore,” he said. “So she had to take a year or two out, and she went over to Gaelic.”

Barrett comes from a strong GAA background, with her brother, Luke, and father, Sean Paul, both involved in the coaching setup for Donegal GAA. Amber played Gaelic Football in her youth. In 2017 she left the Donegal GAA setup and committed exclusively to soccer, playing for Peamount.

Gillespie pointed to another difficulty players from rural areas faced when making the step-up to a higher level.

Great to be back with the girls in training 🙏🏼 https://t.co/sf9whRJKiM

He said: “A big problem would be too, if you come from U-16 in Donegal, and you move to Dublin and try to fit into one of the national league squads, you’re competing against more developed players, that would’ve been playing at a higher level for longer.”

Kiernan, who was born in April 1999, grew up on a pig farm and started her career at her local club, Bailieboro Celtic. She then started playing for the local boys’ team in Kingscourt. Like Barrett, she also spent a few years playing both sports, representing Cavan at underage level until her soccer commitments began to overlap.

She joined the FAI’s Emerging Talent Programme, which is a programme that ‘helps identify and develop talented young players around the country with a view to helping them progress onto the international stage in due course’ according to the FAI official website.

The Programme was launched by the organisation in November 2006 and continues to this day.

She then joined Shelbourne Ladies F.C aged 15 in 2015. The striker scored a hat-trick against Wexford Youths in the 2016 FAI Women’s Cup Final, helping to secure Shelbourne a 5-0 victory.

She said: “You’re an outsider, and you have to kinda make a point why you’re there and why you should be involved in the team,” she said.

Derek Coughlan, a scout for the Irish women’s national team and Glasgow City FC, says that one of the main problems for grassroots women’s soccer is the lack of investment compared to the men’s game.

“There’s a huge gulf, investment-wise, financially backing the women’s. I think we’ve seen the fallout from that time with the women’s team handing back the tracksuits.”

In 2017, the women’s national team protested against the FAI’s treatment of players. One of the more publicised issues was female senior players having to share tracksuits with the underage teams.

Overall, the FAI accounts confirmed €5.1 million losses for 2019 when they were published in December. Irish football’s governing body also told the government recently that ‘appropriate attention’ was being given to both the women’s and men’s teams, at a meeting with the Department of Sport in December reported by the Times Ireland.

The FAI has also taken some steps that might improve the pathways to professional football for women growing up in rural counties. In 2018, the Women’s National League launched an U17s league.

As well as the U17s league, the body has developed Centres of Excellence as part of its Emerging Talent pathway in recent years. The FAI states on their website that these centres are there to “get the best players in the country together to receive elite level coaching to aid their development.” 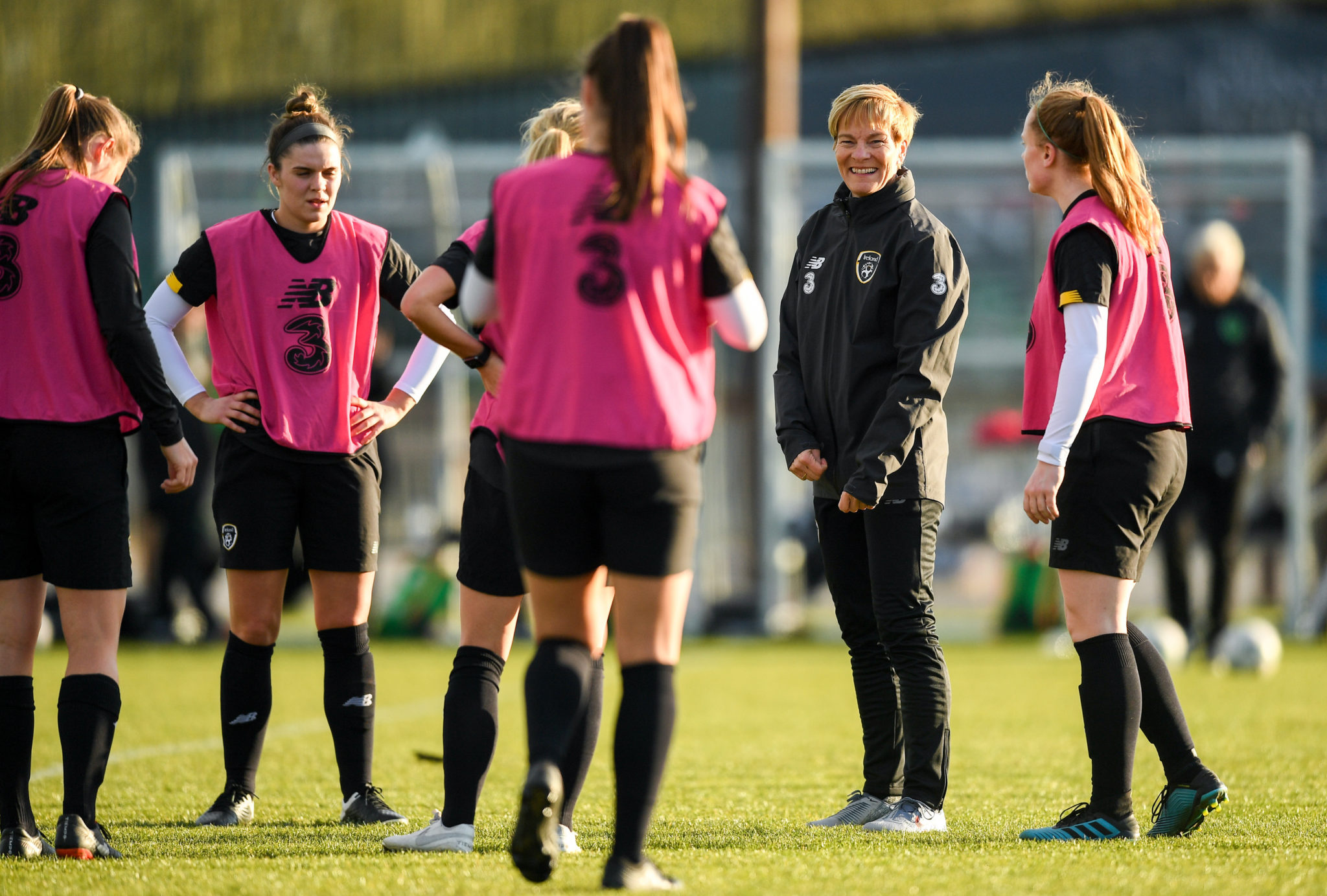 When Ireland played Germany last September, in the first of their two Euro 2022 qualification group games against the European powerhouse, there were 23 players in the match-day squad.

Fifteen of them came through these Centres. However, only five of these players played at centres that are not in Dublin according to the FAI website.. The centres outside of Dublin that these five played at are in Cork, Donegal, Galway and Waterford.

Although acknowledging that it is better now for women’s football, Coughlan states that more needs to be done.

He said: “At least we’re seeing that it looks like there’s a desire to fix all these problems, because for so many years, there was no option for girls to play football. You’d see, and you still see it to this day, girls joining in with the boys’ team.”

Ramona Keogh, Kerry Schoolboys/girls coach and now on the UEFA B license course, believes these measures being put in place at the grassroots level are positive, but won’t have an immediate impact.

She said: “It will just take time. Nothing is an overnight fix. “What they [the FAI] are doing in this grassroots elite pathway for the player, it's very structured and it's very fair.”

Keogh believes that if these pathways are successful, the national team will reap the benefits in future years.

* The Greater Dublin Area described here are the three counties directly bordering Dublin: Kildare, Meath and Wicklow. Rural counties are the other counties in the Republic of Ireland that don’t feature the other major cities in the country: Cork, Galway and Limerick.