The IRFU have announced that ten per cent of its non-playing staff are to lose their jobs in a re...

The IRFU have announced that ten per cent of its non-playing staff are to lose their jobs in a redundancy programme that comes as the sport deals with the Covid-19 pandemic.

Up to 20 members of staff in administrative and performance roles are set to be laid off in both voluntary and compulsory redundancies.

An IRFU spokesperson confirmed in a statement to RTÉ Sport that the redundancies were forced because of the impact of the pandemic.

"Unfortunately the IRFU has had to operate a redundancy programme due to the ongoing financial constraints on the organisation due to Covid-19."

Last summer the association cut staff costs by 20 per cent by reducing all non-performance staff to a four-day week, while there were pay deferrals and other reductions for playing staff. 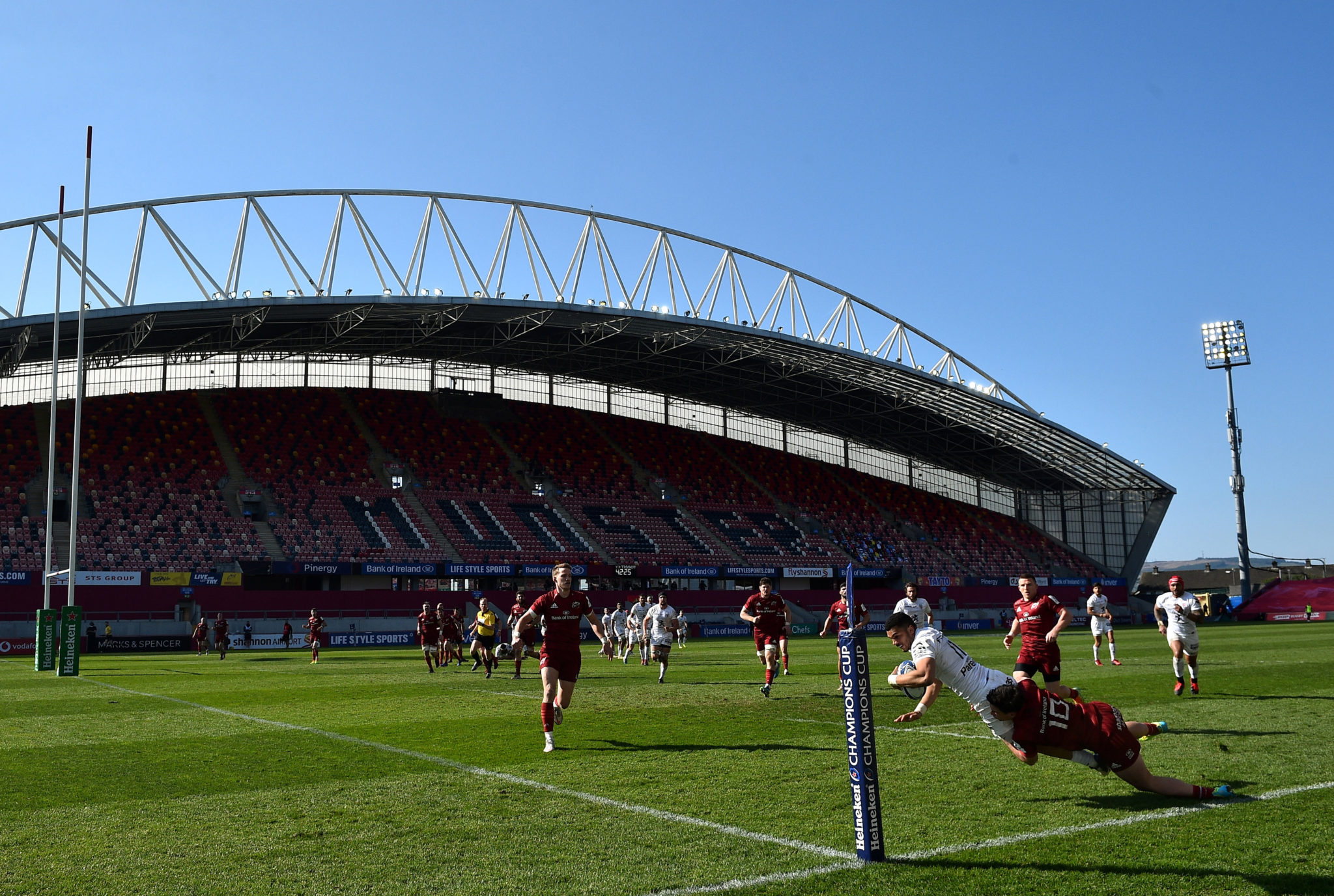 3 April 2021; Matthis Lebel of Toulouse dives over to score his side's first try despite the tackle of Joey Carbery of Munster during the Heineken Champions Cup Round of 16 match between Munster and Toulouse at Thomond Park in Limerick. Photo by Ramsey Cardy/Sportsfile

The IRFU Annual Report, released in October, revealed that they had run a deficit of €35 million. There had been a loss in gate receipts to the tune of almost €6 million between the postponement of the Italy Six Nations game and losing the November series due to the Rugby World Cup.

At that time the IRFU chief executive Philip Browne said they were facing a major cashflow crisis.

"From an IRFU perspective our finances were tracking according to budget and there had been a successful launch and sale of over 5,000 ten-year premium seats. The IRFU’s financial situation was looking quite positive.

"That situation has changed dramatically and the IRFU is facing an unprecedented cash flow crisis as we try to work towards the objectives of preserving our national teams and four professional provincial teams, ensuring that we preserve the amateur club game and that we protect our employees and their jobs to the extent that we can."

"Whilst the provinces and the IRFU are currently solvent, that ultimately is a time-limited situation and unless there is a return to some level of normality within the next 12 months, with matches being played in front of some reasonable level of paying spectators.

"The IRFU and the Provinces will have to drastically cut their budgets to ensure costs are covered by the lower revenues."