Gordon Elliott's Envoi Allen remains unbeaten after an impressive win in the Lawlor’s Of Naas Novice Hurdle this afternoon.

Davy Russell was onboard the six-year-old at the Kildare course, as they pulled away ahead of 8-to-1 Elixir D'ainay in second by three-and-a-half lengths and Longhouse Poet in third.

"That was a proper test, they went a proper gallop turning past the stands.

"Davy said he learned more today than he ever learned. He jumped well and he just does what he has to do when he gets to the front.

"He'll be entered in everything at Cheltenham. He could go to two miles or go this trip, I couldn't see him going much further.

"We'll try to split them all up and he could go either way.

"I'd say over two and a half he'd find it very easy if you drop him in and ride a race. Over two miles you'd have to be forcing it the whole way.

"I'd say that was a fair race, they went a fair lick the whole way.

"He'll only ever win by a length or two, that's all he ever he does every day he runs."

The Meath trainer also spoke about the future plans for the horse, who last won at Fairyhouse at the beginning of December in its last outing. 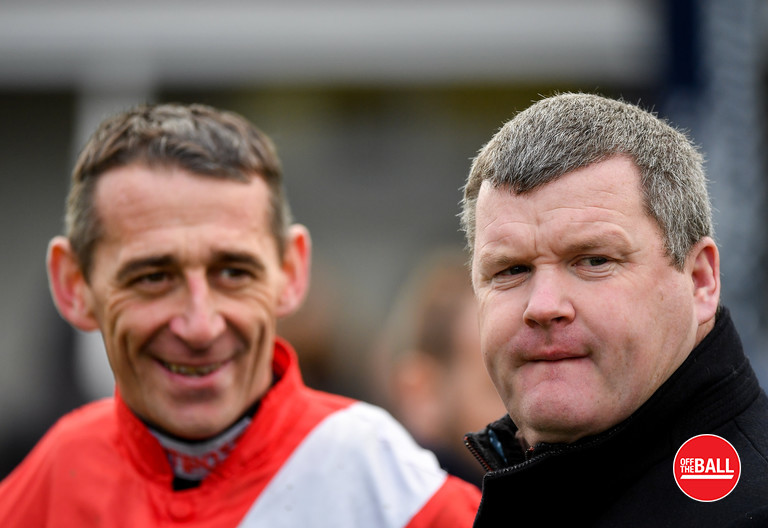 "He'll be entered in everything at Cheltenham, but I'd imagine we'll keep him in his own grade this year.

"If I was a betting man I'd say we'll keep him in the grade he's in.

"He'll have entries at the Dublin Festival. Whether we go straight to Cheltenham or not, obviously I'll have to discuss that with Chris Richardson and Mr and Mrs Thompson (of Cheveley Park).

"It's great to have horses for them. They are supporting the yard and have a few nice horses with us, so we're very happy."

"When you look at the way he jumped two or three of those hurdles, he looks like he's made for fences."