Ireland's star batsman Paul Stirling scored a second century in 48 hours but it was not enough to...

Ireland's star batsman Paul Stirling scored a second century in 48 hours but it was not enough to prevent a series whitewash by Afghanistan.

A sublime all-round performance from Afghanistan vice-captain, Rashid Khan, helped his team to a 36-run victory which sealed a 3-0 ODI Series win in Abu Dhabi.

Ireland took wickets at regular intervals after captain Andrew Balbirnie won the toss and opted to field first, and were it not for Rashid Khan’s second late-innings intervention with the bat this series, they would have been chasing a much more manageable total than 267.

After Ireland's innings, Khan had finished with figures of 4-29 to cap off a world-class all-round display.

In the wake of the defeat, Balbirnie admitted that it was incumbent on the rest of the team to back up Stirling's incredible effort with the bat.

"Paul has played superbly in the last couple of games," he said. "You run out of words to describe how he's playing, but no one could really back him up and get that big score with him that could potentially won us a game the other day or today.

"He's played brilliantly and we've just got to be there to support him."

The Irish skipper felt that the team never managed to reach their potential in Abu Dhabi this week.

"Today we just needed someone to stick with [Stirling] and get a 50 or 60, but it didn't happen and hasn't happened this week - we probably haven't been up to our usual standards," said Balbirnie.

"There's a few guys who will go away to Bangladesh with the Wolves shortly, which is a great opportunity - and for the guys at home we have a lot to work on because there's a lot of cricket coming up and we've got to be better than what we've shown in the last few games."

Craig Young set the tone for Ireland and despite Afghanistan openers Rahmanullah Gurbaz and Javed Ahmadi coming out all guns blazing, Young took three new ball wickets, accounting for both openers and Rahmat Shah – Afghanistan’s centurion in the second ODI of the series.

After Andy McBrine picked up a fourth Afghanistan wicket in Hashmatullah Shahidi, with the score on 66, Afghanistan skipper Asghar Afghan underwent a rebuilding job for his team.

Afghan’s 41 was well supported by his experienced middle-order partner Mohammad Nabi, who between them and Gulbadin Naib, got Afghanistan up to 162-5.

The excellent Simi Singh, who finished with figures of 3-37, then struck to remove Afghan shortly before Harry Tector claimed his maiden international wicket as Najibullah Zadrarn looked to reverse sweep, but could only glove one to a grateful Stirling at slip. 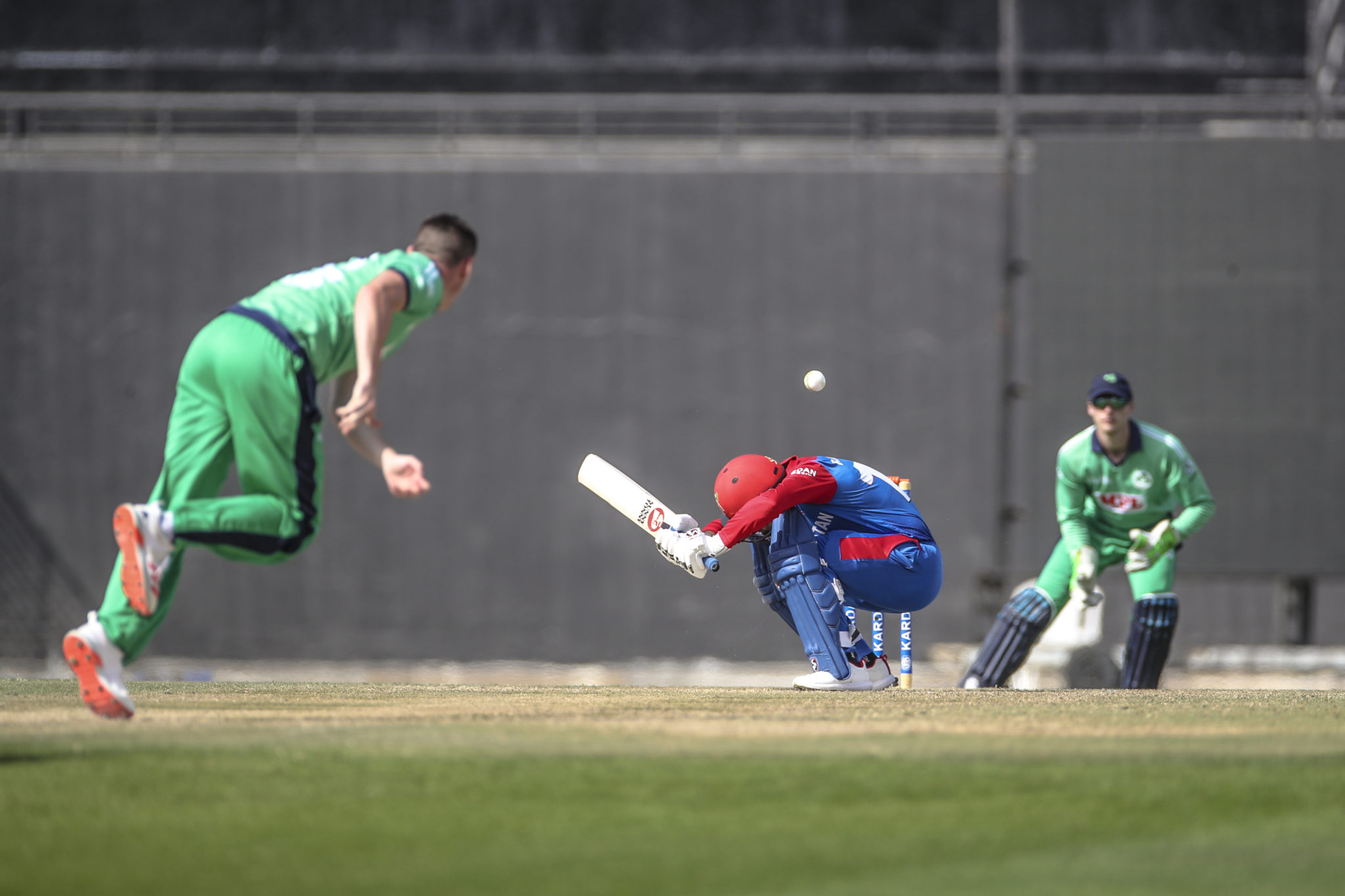 With their opponents 163-7, Ireland were in the driving seat before Rashid rallied alongside Gulbadin and Mujeeb Ur Rahman to take Afghanistan to a final score of 266-9.

Stirling picked up where he left off in the second ODI in taking the attack to Afghanistan as his partners, at times, struggled for similar fluency at the crease. Like Ireland did in the first innings, Afghanistan were able to pick up regular wickets with none of the Irish batsmen – Stirling aside – passing 25.

But with Stirling at the crease, the chase was very much on. Finding the boundary with impressive regularity, the highlight of Stirling’s knock was arguably a pair of sixes struck within three balls of each other off the off-spin of Mohammad Nabi. Such was Stirling’s dominance, he reached his half-century with his team’s total on just 58.

Unflustered by wickets falling at the other end and with ample support via cameos from Harry Tector and Lorcan Tucker, Stirling reached his 12th ODI century – an Ireland record and his fourth in six ODIs. His tally of 12 ODI hundreds drew him level with ODI behemoths Marcus Trescothick, Babar Azam, Faf du Plessis and Rahul Dravid.

When he eventually fell for 118 with the score 187-5, Ireland were still in the game but Tucker fell soon after, succumbing to a Rashid googly, while Mark Adair was run out an over later which sucked out the momentum gathered by the Ireland batsmen earlier in the innings.

McBrine and Singh batted valiantly for the eighth wicket but the asking rate climbed out of their control with Afghanistan eventually sealing victory by 36 runs.

"There were big points up for this series, but we didn't come up where we wanted to be. We felt in good positions today to take advantage of, but we couldn't quite do it, said Player of the Series Stirling, after the defeat before paying tribute to Ireland cricket legend Roy Torrens who passed away last weekend.

"[Roy Torrens] was an absolute hero to me, it was nice to get a few runs for him," he said.

"Unfortunately, we couldn't get across the line, but he was a huge hero in Irish cricket and our thoughts go to Joan and the whole family. A lot of people will miss him."