Sport Ireland confirm FAI audit is in its final stages

The FAI audit is in its final stages, according to correspondence between Sport Ireland and the Oireachtas Committee, seen by Off the Ball.

An email between Sport Ireland and the Oireachtas Joint Committee on Transport, Tourism, and Sport appears to confirm the progress of the audit process, and regular communication between the association and its auditors.

KOSI Corporation Ltd were appointed as auditors by Sport Ireland back in May, with the Northern Irish accountancy firm also involving a forensic accountant in their probe.

The financial deep-dive followed questions over the FAI's financial affairs and corporate governance at the beginning of the summer, including queries over former CEO John Delaney's bridging loan to the association two years ago.

In correspondence seen by Off the Ball, Sport Ireland confirmed the auditing process was going as planned, with a number of meetings already between the auditors and the FAI. 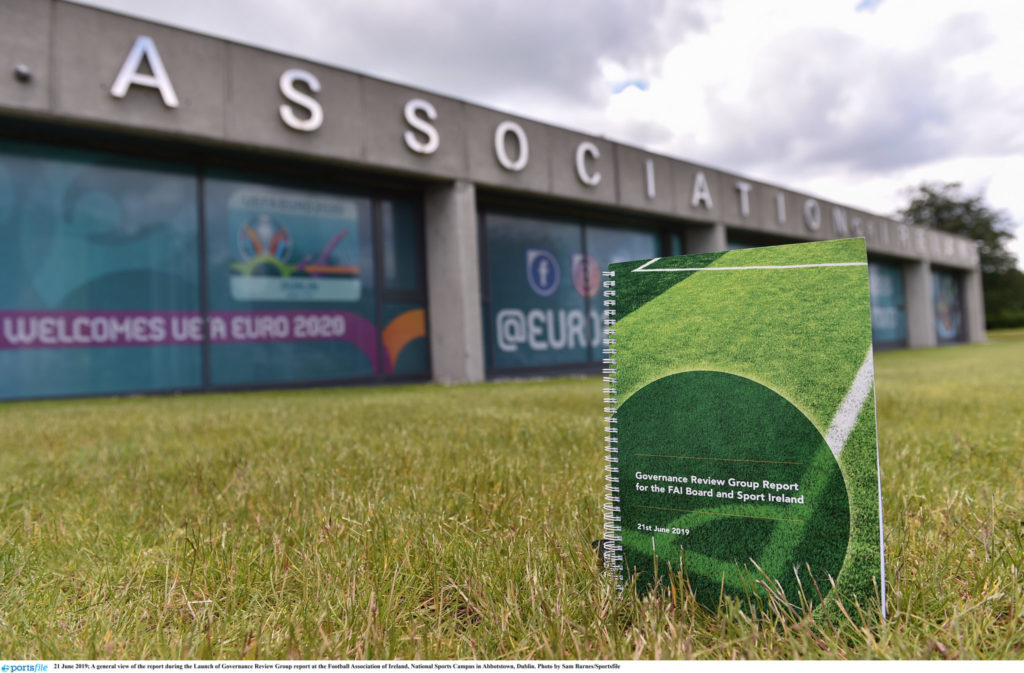 21 June 2019; A general view of the report during the Launch of Governance Review Group report at the Football Association of Ireland, National Sports Campus in Abbotstown, Dublin. Photo by Sam Barnes/Sportsfile

"The KOSI audit of the FAI (which was commissioned by Sport Ireland under the ‘Terms & Conditions of Grant Approval’ agreed with the FAI) is still an ongoing process and is in its final stage.

"KOSI have completed their audit field work.  KOSI issued their draft audit report to the FAI in early November for formal management responses (in line with standard audit procedures).

"Since issuing their audit report, KOSI and the FAI have had a number of lengthy meetings on the audit results, with the aim of securing the FAI’s formal management responses.

"When the FAI provide their formal management responses, this will allow KOSI to complete the audit report and present it to Sport Ireland."

Last week the Oireachtas Committee had called on Sport Ireland to clarify their responses to six questions in relation to governance issues.

In email correspondence seen by Off The Ball that is dated November 20th 2019 and marked "Urgent", the committee stated that it "wishes to put Sport Ireland, Minister [Shane] Ross, and the Football Association of Ireland, on urgent notice that it is ready to meet with" those stakeholders about governance issues as well as the potential "restoration of State funding to" the FAI, among other matters related to the Association.

Women's National League to get underway in August

FAI Board approve resumption plan for League of Ireland