Gareth Southgate says Harry Maguire's poor run of form is just part and parcel of a footballer's career, and says things will eventually turn around for him.

The Manchester United defender was sent off half an hour into England's 1-0 Nations League defeat against Denmark at Wembley last night, after an abysmal individual performance.

A heavy touch led to his second yellow card for a tackle on Kasper Dolberg, with Reece James also sent off for England after the full-time whistle.

Maguire has been under pressure at club level too, with Manchester United shipping six goals in the recent defeat to Spurs at Old Trafford.

England boss Southgate was keen to defend his player when speaking to Sky Sports after last night's defeat.

"For me, he is a top player and a massive part of what we do. He is having a period where he is getting a lot of stick thrown his way. He is big enough to deal with that and he will be stronger for it. He has our full support and I know his club will be the same.

"He is having one of those periods where things are going against him but you have to hang on in there and things will turn."

Meanwhile, former United captain Roy Keane said on ITV last night that he fears for Maguire having to head back to Old Trafford even lower on confidence.

"The only down side is for Maguire, he’s going back to a team not full of confidence. I’ve been in situations before when I was in a situation with brilliant characters, I felt the dressing room was the best in the world. He’s not going to get that, in that back four.

"I wouldn’t be anywhere near those lads – I don’t see them as leaders. I think sometimes he [Gareth] knows Harry has had a tough time on and off the pitch, a pat on the back would have helped him. That would have settled him from Gareth." 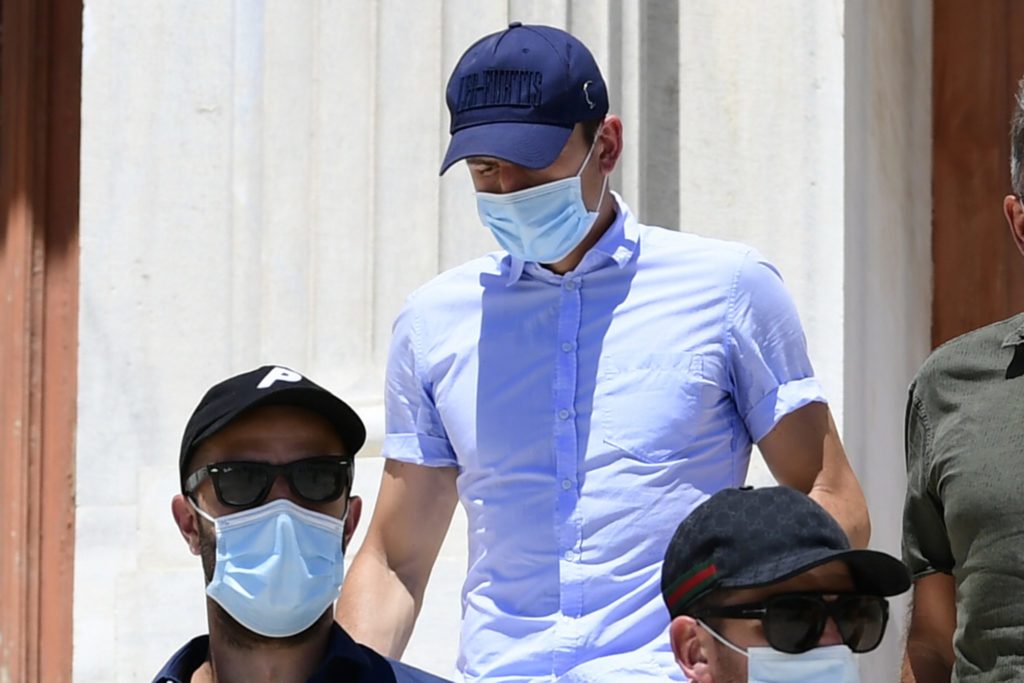 England soccer player Harry Maguire, center, leaves a court building on the Aegean island of Syros, Greece, on Saturday, Aug. 22, 2020. The Manchester United captain was arrested during a brawl on the neighbouring holiday island of Mykonos. (AP Photo/Michael Varaklas)

Gary Neville says he thought the international break would do Maguire some good, but it has turned out quite the opposite.

"It sums up his last four to six weeks. It is a terrible time for him.

"Watching that Tottenham versus Manchester United game 10 days ago when obviously Harry Maguire had a bad time, you were thinking that he needed international duty just to get away, a different environment. But it has not served him well.

"He will go back in as bad of a place as he came."

"Everything I hear about him, he's a really good lad, but he's making mistakes that I didn't see him make a few years go. He's got a lot on his mind, we can try and brush it aside and some players can handle it, it doesn't bother them and the pitch is their sanctuary.

"But others can't. They go on there and carry it onto the pitch. You don't know what's going on in people's minds, we're all very quick to judge."

Maguire has had a rough few months off the pitch, after being arrested and found guilty by a Greek court of aggravated assault over an alleged incident in Mykonos in August.

Liverpool confirm FC Midtjylland game to be played in Denmark