Fresh from his excellent displays over 17 days at the World Snooker Championships in Sheffield, Shaun Murphy joined OTB Sports for an interview from his home in south Dublin.

'The Magician', the 2005 Crucible champion and a Triple Crown winner, hasn't had the easiest 12 months.

Covid restrictions meant he was often away from his wife Elaine and two young kids at tournaments in the UK, with strict rules meaning he couldn't hop across the Irish Sea as often as he would have liked to see them. 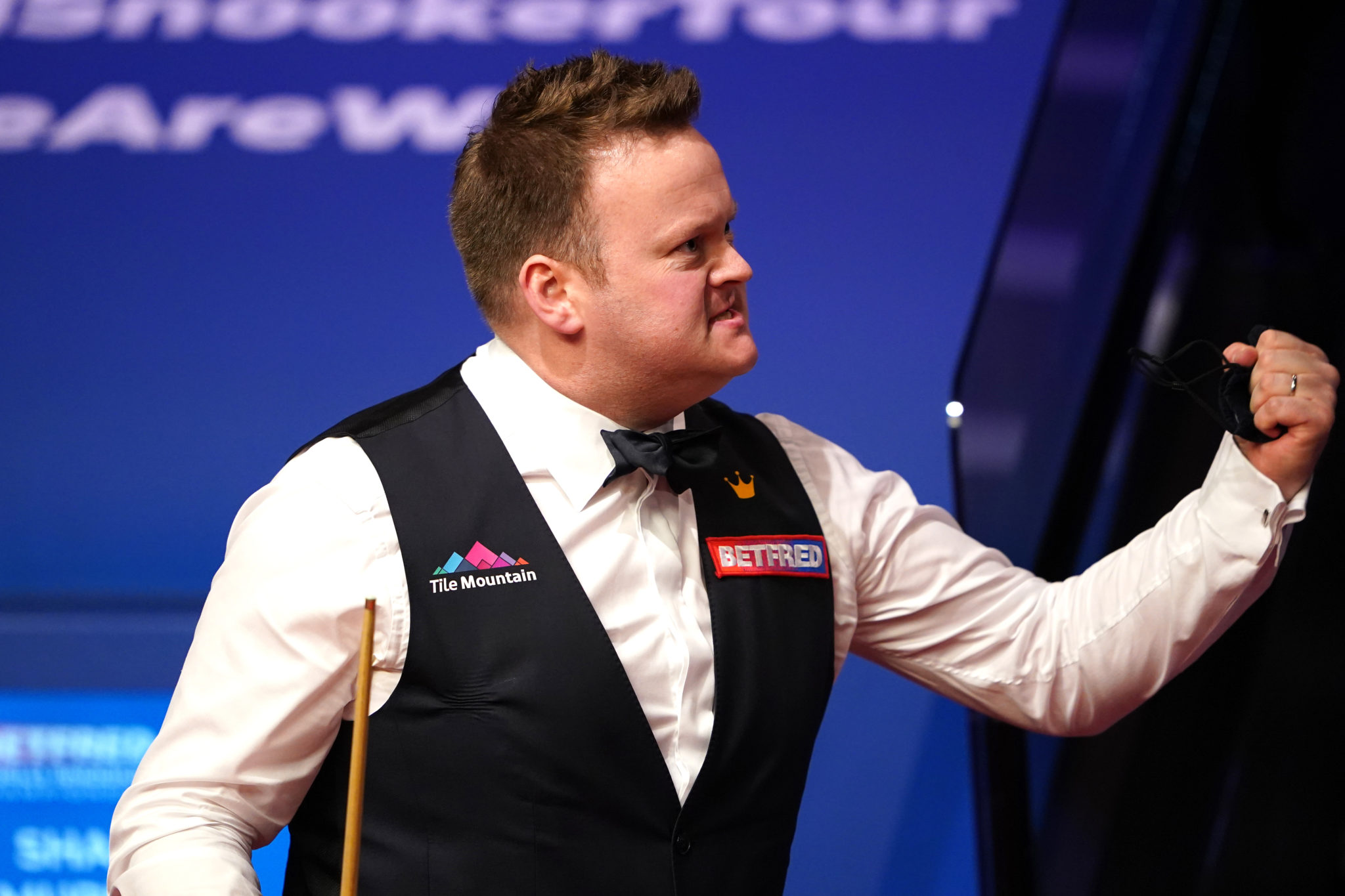 England's Shaun Murphy reacts during day 15 of the Betfred World Snooker Championships 2021 at The Crucible, Sheffield. Picture date: Saturday May 1, 2021.

That, coupled with the sad passing of his good friend and former manager Brandon Parker from cancer last July, resulted in the 38-year-old reaching some dark places as he struggled to focus on the game he loves.

However, a return of fans to snooker's showpiece event, and some now trademark fist-pumps in the hallowed Steel City arena, are evidence that Murphy is getting back to his former self.

He told Shane Hannon in an extensive and wide-ranging interview that those small moments where he vented his determination weren't exactly pre-determined.

"The only thing that was pre-planned about it I suppose is that I was going to do it at all. I'd made that decision two years ago at the World Championships that, going forward, I was going to be a lot more interactive with the crowd.

"I often felt the urge to give the fist-pump, or salute the crowd or get them [the fans] involved but had always shied away from that. It's a bit of a thing in snooker - no-one really does that.

"I don't know why, I just decided I wasn't going to do that anymore, I was going to embrace the crowd, embrace the feelings, embrace the emotion, and then of course lockdown struck.

"Last year we went to the World Championships and played in front of nobody, and this year we played the whole season behind-closed-doors.

"I hadn't had the opportunity to embrace any audience because there hadn't been any. And when we got to the World Championships I was just like 'You know what, I'm going to enjoy myself here. I'm going to let the inner showman out.'

"It certainly wasn't to try and put my opponent off or gain an advantage in that way, although I think it probably did give me a slight advantage. I think a couple of my opponents were a little bit knocked by it.

"But I think it's okay to celebrate your good shots and your good moments, I don't think there's anything wrong with that. In tennis they're celebrating after every point, golfers they make a par and they give it a fist-pump, you know?" 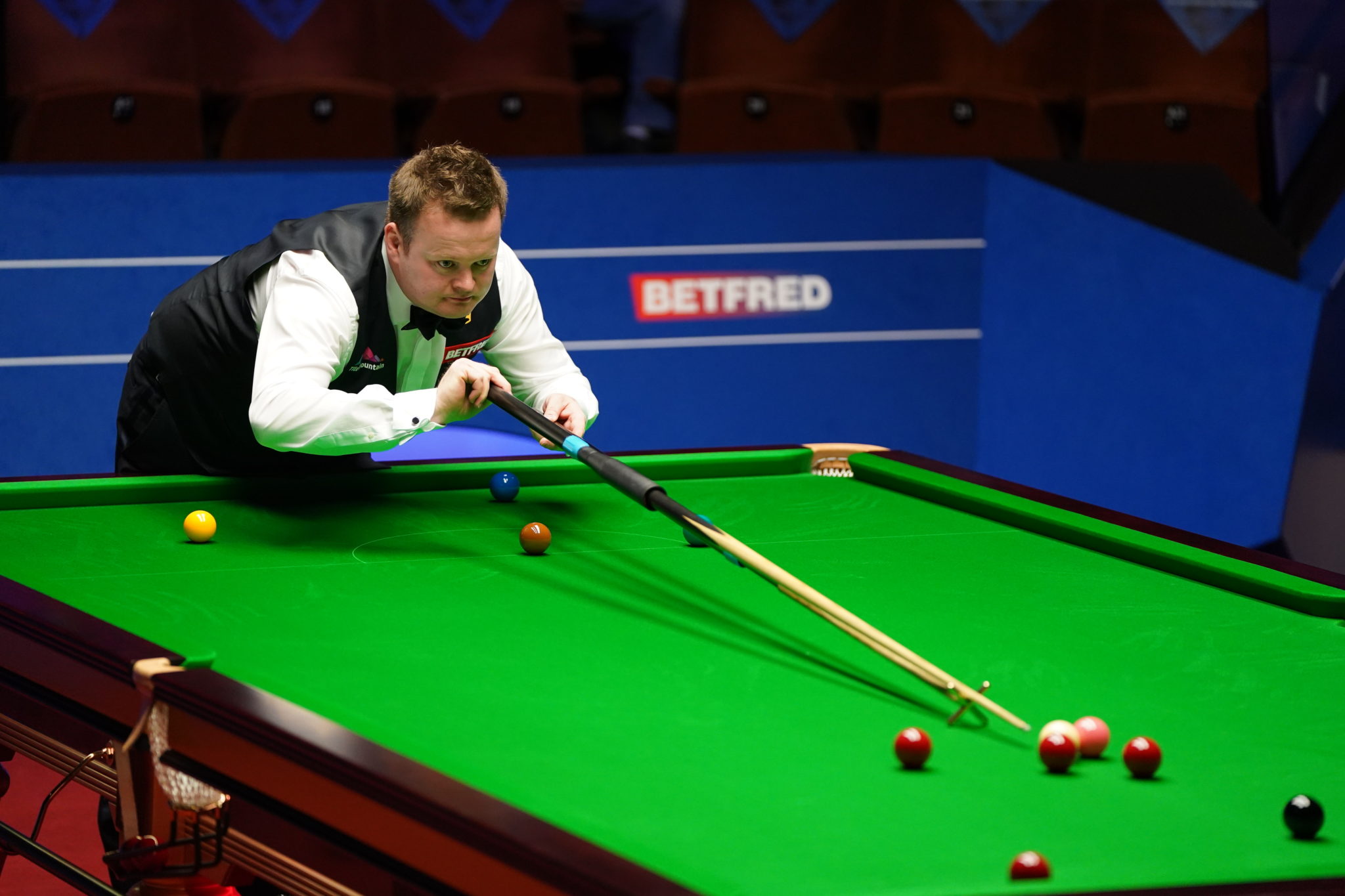 England's Shaun Murphy plays a shot during day 15 of the Betfred World Snooker Championships 2021 at The Crucible, Sheffield. Picture date: Saturday May 1, 2021.

Murphy now practices at a snooker club in the Stephen's Green area - he now drives in and out from his house, but used to get the Luas, cue in hand, which often led to some interesting encounters.

"I did get a few funny looks, yeah! In fact I stopped taking my cue in the end, I found a locker at the club and just left the cue there because it was a bit conspicuous, it did draw a bit of attention.

"A bit like the Underground in London, you get a few characters on the Luas! There was one particular morning I got on it and I got off it again at Milltown and I was like 'I'll just wait for the next one.'

"There were a couple of lads on there who were a bit overly keen and I just decided to give that one a miss!

"[Snooker] is so popular here [in Ireland]. I was shocked and surprised by just how popular it is. It felt like every morning I got on the Luas to travel into Stephen's Green, you were met by the world's biggest snooker fan. And then the next morning you'd be met by somebody who knew even more!"

Watch Shaun Murphy's full interview with Shane Hannon above - they talked his defeat to Mark Selby, a horrific beating at the hands of bullies aged 13, life in Ireland, dealing with grief, his 2005 world title win as a 150-1 shot, and much more.

Kyren Wilson "gutted" at how he reached World Snooker final