Munster captain O’Mahony today signed a new two-year deal to keep him with the province until the summer of 2023.

Earlier in the week, Sexton put pen-to-paper on a one year extension to the pleasure of Farrell.

"It's fantastic news. Two very important pieces of our jigsaw going forward, for all sorts of reasons, and they're delighted to get their contracts over the line and settle their futures and we are even more so delighted for them.”

The IRFU's high performance director, Dave Nucifora, added that O'Mahony will continue to be a key player for both Munster and Ireland.

“Peter has played a leadership role in Munster from an early age and is one of the senior leaders in the national squad. He is a competitor and passionate about playing for both Ireland and Munster.” 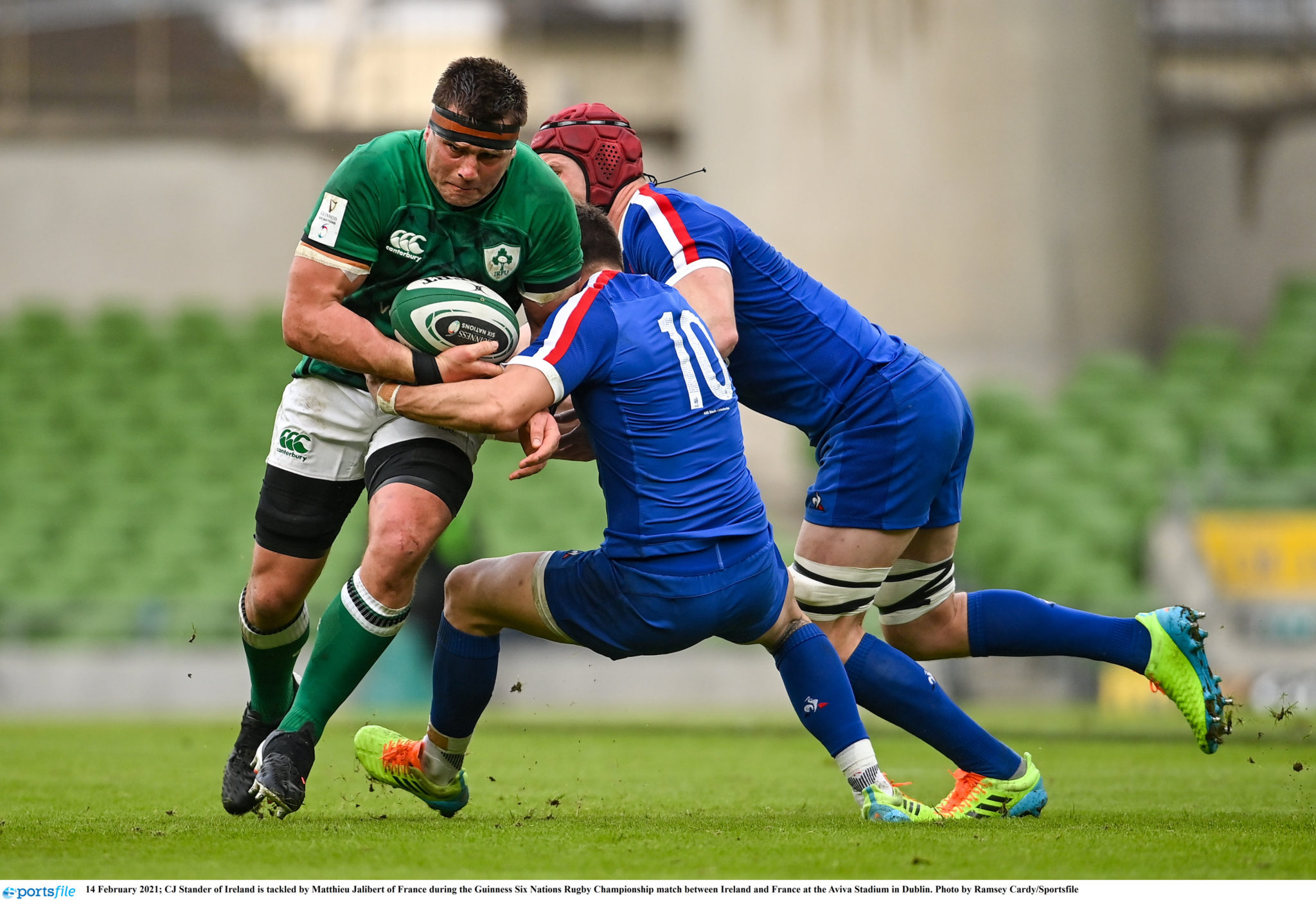 14 February 2021; CJ Stander of Ireland is tackled by Matthieu Jalibert of France during the Guinness Six Nations Rugby Championship match between Ireland and France at the Aviva Stadium in Dublin. Photo by Ramsey Cardy/Sportsfile

French rugby chief executive Bernard Laporte is set to meet with France's sports minister tomorrow morning to discuss the outbreak of COVID-19 in their squad during the Six Nations.

Coach Fabien Galthié left their team bubble to watch his son play a match in Paris while players also departed the team hotel to get waffles during their opening weekend victory at Italy in Rome.

French legend Raphael Ibanez has suggested the squad could have caught COVID while in Dublin but Farrell wasn't interested in getting involved in a war of words.

“I don’t know what’s gone on in the French camp. What I do know is that we are adhering to the rules we set ourselves, never mind the Six Nations. Having said all that, it really doesn’t matter how willing a group is to try and do the right thing as far as this disease is concerned. You're in the lap of the gods sometimes.

“One guy, through no fault of his own, could spread the disease around the camp and we'll probably never know where he's got it from. This guy could be the most diligent guy within the group as far as adherence of the protocols.

“So, I wouldn't like to comment on anyone else's camp, because I know from our point of view that everyone is trying their best. As I said, there are people that are in charge of Covid management, etc, and they are doing a sterling job. But these things can't be helped along the way and that's why I don't like to comment on it really.”