Scotland's game against hosts Japan will go ahead

Scotland's crunch match against hosts Japan at the Rugby World Cup will go ahead following a pitc...

Scotland's game against hosts Japan will go ahead

Scotland's crunch match against hosts Japan at the Rugby World Cup will go ahead following a pitch inspection at the Yokohama International Stadium.

The Scots must win the game to get into the quarter-finals, or risk missing out on the last-eight for the second time in their history. Meanwhile, a win for Japan would mean they're in unchartered territory as the nation has never successfully navigated it's way out the group before.

Scottish Rugby had threatened legal action against World Rugby in the run-up to the decision if the game wasn't rearranged or the venue changed. The sport's governing body had described the Scottish decision as disappointing and reminded them they signed up to the "terms of participation." 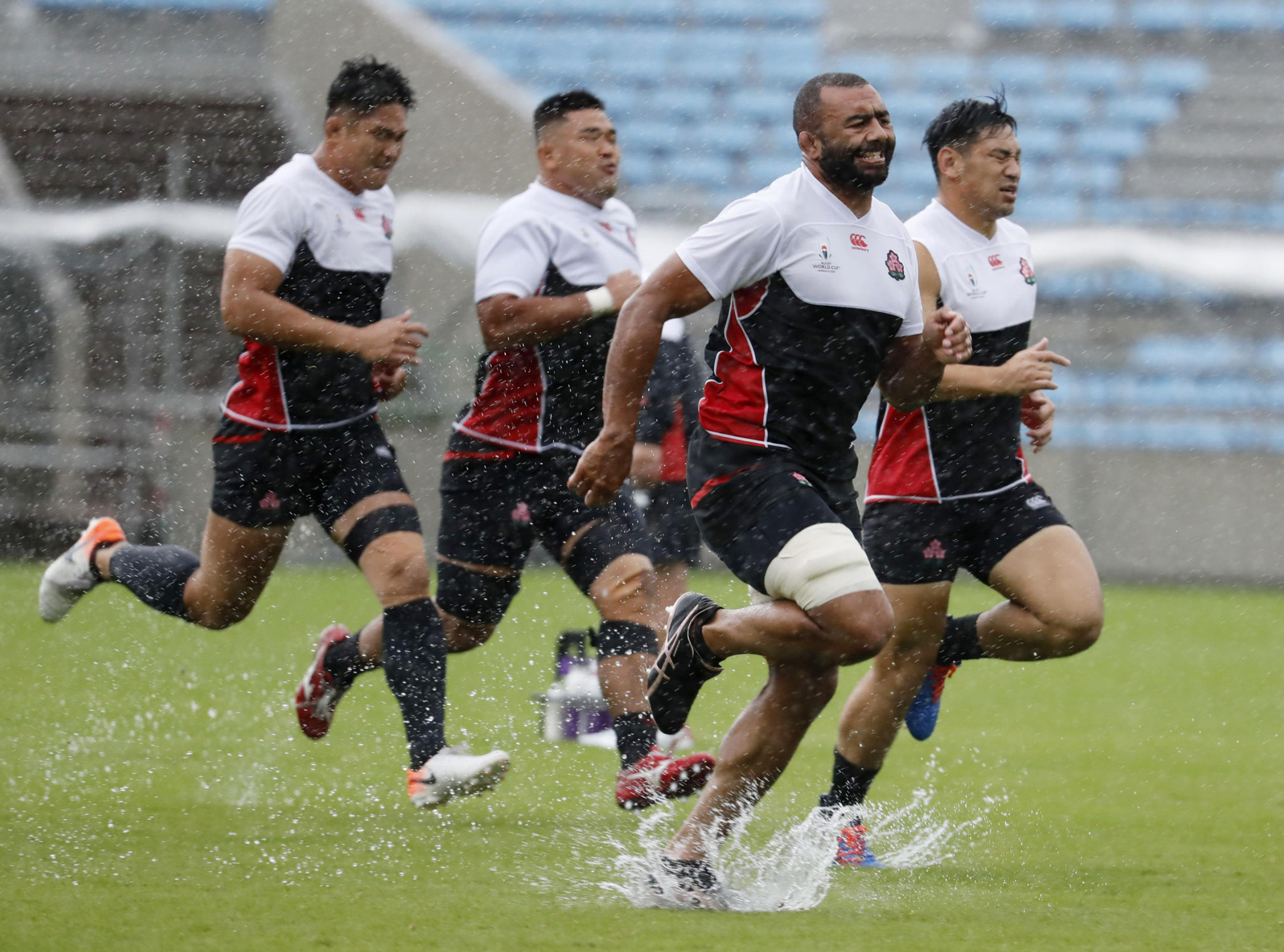 Japan team's Michael Leitch, second from right, and teammates practice ahead of their match against Scotland as Typhoon Hagibis approaches Saturday, Oct. 12, 2019 in Tokyo. (Yuki Sato/Kyodo News via AP)

In a statement, World Rugby said:

World Rugby and the Japan Rugby 2019 Organising Committee have announced that Sunday’s Rugby World Cup 2019 Pool A match between Japan and Scotland at Yokohama International Stadium (19:45 JST) will go ahead as scheduled.

The decision was taken following a comprehensive assessment of the venue and associated infrastructure on Sunday morning in partnership with the Host City. World Rugby and the Japan Rugby 2019 Organising Committee would like to thank everyone involved for their significant efforts to enable the match to be played as scheduled following one of the largest and most powerful typhoons to hit Japan in recent years.

Fans attending  Sunday night’s match are advised to check travel operator information before departing and plan to arrive early as it may take longer than usual to enter the stadium.

As Yokohama International Stadium is located within the engineered flood defences of Yokohama City, there will be significant amounts of water in the surrounding floodplains and river. This is normal and should not alarm fans.

Japan's head coach Jamie Joseph had suggested that it would be embarrassing for the Scottish rugby team to go and lose to Japan. "No, this is a game that a lot of people are looking forward to," said Scotland's head coach Gregor Townsend in response.

"It is one of the rare occasions when you get to play a straight shootout for the quarter-finals – with the proviso that we score more than seven points than them. It is a game you dream to be involved in.

"I did see Jamie’s comments. We know it wouldn’t be an embarrassment to lose to Japan, we know they are an excellent side and we will have to play very well to win.

"I had a good laugh about them. You may know coaches use press conferences to put messages out and get a response. Sometimes you don’t get one."