Scotland can build "towards something memorable" | Stuart Hogg

Scotland captain Stuart Hogg wants his team to use their performances in this year's Guinness Six...

Scotland can build "towards something memorable" | Stuart Hogg

Scotland captain Stuart Hogg wants his team to use their performances in this year's Guinness Six Nations as a platform to build on.

Duhan van der Merwe scored a try with the last move of the game to clinch Gregor Townsend's side a 27-23 win against France last night, their first in Paris since 1999.

The Scots, who finished with three wins from five games, also enjoyed a historic first victory over England at Twickenham since 1983 on the opening weekend.

“We’re not going to get carried away," Hogg said after their last-gasp win in Paris. "We’re going to enjoy this moment and start building towards something memorable.

"I’m the captain of a very, very proud nation and we’ll continue to work hard.” 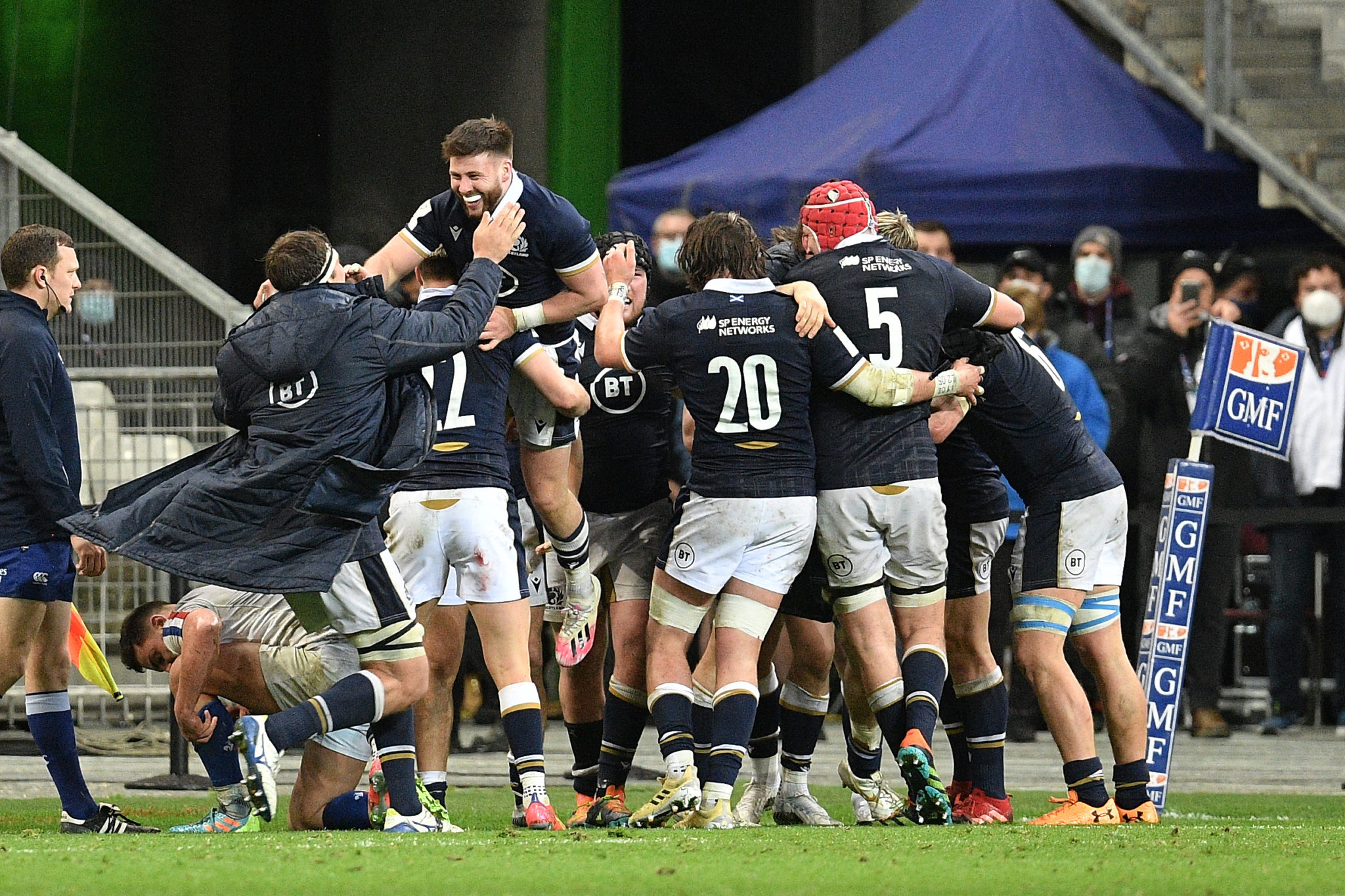 A great end to a really promising season

“I’m so proud of the team,” Gregor Townsend said of his team's victory on BBC.

“They came here with a bit of adversity with not our full squad, an injury to one of our starters on Wednesday, a yellow card, a red card, we had to come back against a very good side, but they showed courage, effort, togetherness, and skill to win. A great end to a really promising season for us.

“Even though we finished fourth, it feels like one of our best-ever seasons with the victories we’ve had this year and the performances tonight especially.

“That’s now been the last two years we’ve been competitive in every game. We’ve grown a lot this year, grown a lot this campaign, and we’ve got to continue to grow over the next few years.”

Three changes for Ireland ahead of Scotland clash