'We compromised players' | Rory Gallagher learning from past mistakes

Derry senior football manager Rory Gallagher says he has regrets about not allowing fringe county players to play more with their clubs when he was involved with Donegal.

The Belleek native was number two to Jim McGuinness when Donegal won the All-Ireland in 2012, before becoming McGuinness' successor in charge in October 2014.

Gallagher then took over his native Fermanagh, before taking the reigns at the Oak Leaf County. And he told Ger and Nathan on OTB AM that he has learned from past errors.

"I've made plenty of mistakes. It's my ninth year going in to be involved with inter-county teams, and I've made mistakes with players, with the club and county situations.

"I find county players want to be at club training when club training is on. They as much as anything want clarity, and they would love guidance and love it to come from Croke Park.

"And if not, they want it from the county management. County players playing for their clubs do not want to be compromised, they don't want to be letting their club teams down.

"Maybe at times... I go back to my time with Donegal, we compromised the players, and that's very unfair on a player. What Derry have done is very clear cut.

"You've got to look at it realistically. In a normal situation we'd be playing a first round championship match say on the 20th of May, we would have a 13-day rule.

"This year the Derry county final is on the third of October as far as I know. We won't be playing championship until a minimum 28 days later, that's four weeks of exclusive period where we have uninterrupted access to the players.

"Bear in mind most teams will be out of the championship a week or two weeks prior to that, you're going to have the bulk of your squad. It's actually very workable and I personally have no issue with it."

Gallagher delved further into that learning curve he took from his time with Donegal, when he felt he could have treated players differently in terms of access to their clubs.

"Over time you learn. Donegal get a lot of criticism over it, and probably Jim [McGuinness] when he was manager, to be fair to Jim McGuinness at the time the fixtures made it very difficult to prepare the county team. 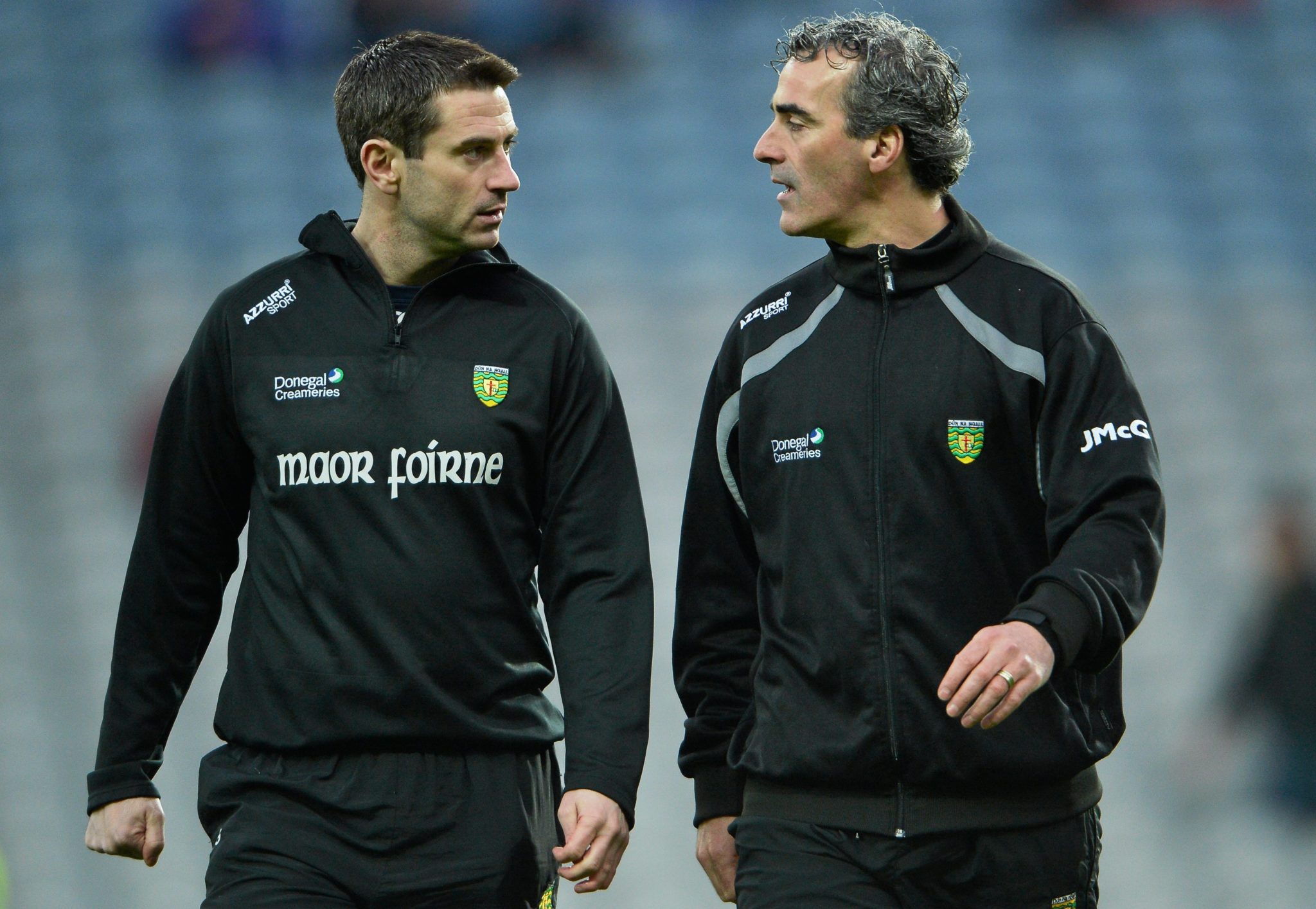 "They were playing championship games over different weekends so you had to make a certain stand. But then it got to the stage when it was impacting the club league and thing or another.

"I can remember a period in 2017 when we were getting ready to play Tyrone maybe two weeks later. There were maybe 15 or 16 players who were relatively cocooned and going to start.

"I should have made a decision that day, there were club fixtures that evening and the next day, some of them weren't able to play in local derbies and I felt that was the wrong thing for me.

"I should have made a decision for those players, 'Yous are playing club games, that's it.' You learn from it. They're letting their teammates down, emotionally it wasn't good for them.

"I do think fixtures have got a lot better. I think it's wrong to have this perception of county managers. Put it this way, I know in Donegal, Ricey [McMenamin] in Fermanagh, Banty [McEnaney] in Monaghan, their county players are all training with their clubs at the minute.

"County managers are club people as well and enjoy going to club games, so it's not everybody that's like that."

Women's Rugby World Cup to be delayed by 12 months

Laporte: Galthié's position not under threat despite rumoured breach