The Ireland captain was speaking at the pre-match press conference ahead of his final Aviva Stadium appearance alongside defence coach and next Ireland head coach Andy Farrell.

Best's performance, as well as the line-out, came under scrutiny after the heavy Rugby World Cup warm-up defeat to England.

Head coach Joe Schmidt has since spoken about having a number of line-out callers ahead of Saturday's final warm-up game against Wales.

As a hooker, Best plays a crucial role in the first phase of line-out action and tackled the issue.

"It's about confidence and getting different people used to each other," he replied to our own Stephen Doyle.

"Ultimately, the line-out is a game of confidence. If you can get the first couple in and away, then everyone breathes a sigh of relief.

"And I think whenever you lose a couple, then everyone gets nervous. That isn't where you want to be and it's like a reflection of the game.

"I think if you play with the ball in hand and somebody knocks a couple on, then the whole team automatically gets a little bit nervous. 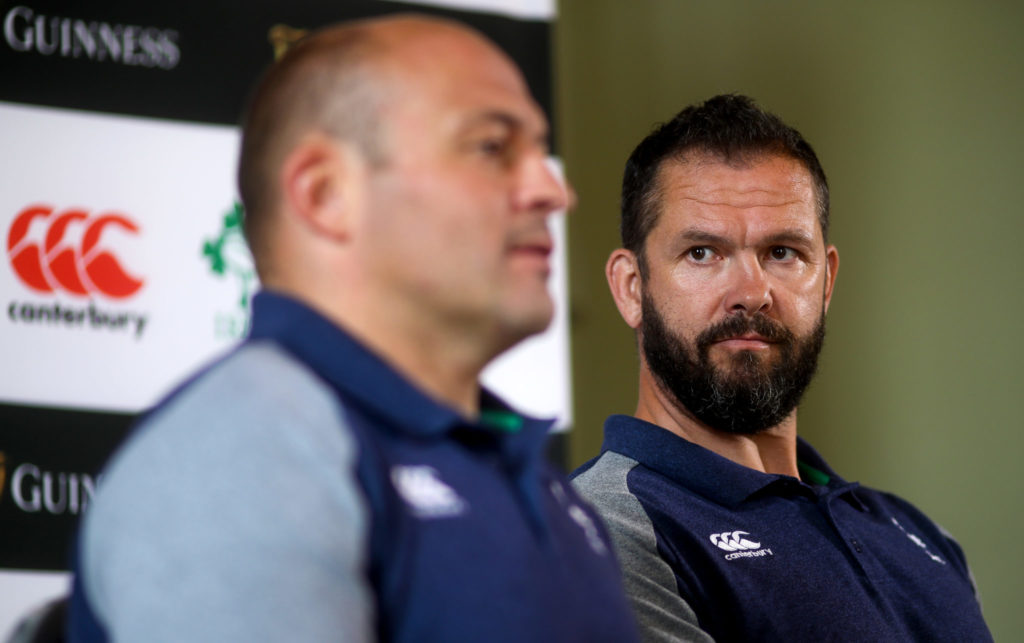 "That's only natural. I think for this weekend, it's important for us just to get a good run, to get those first couple of line-out wins.

"But ultimately, if it doesn't go that way, we can't let it affect the rest of our game the way we did against England."

He added that, "the most disappointing thing was how we gave up the next moment after that", against England.

"Probably Itoje's try was the best example of that," said Best.

You can watch the full press conference with Rory Best and Andy Farrell above via YouTube.

'Disappointed' Andy Farrell - Ireland still in control of their own destiny