Former Munster and Ireland star Alan Quinlan has put his neck on the line with his best-ever Iris...

Former Munster and Ireland star Alan Quinlan has put his neck on the line with his best-ever Irish rugby XV of the professional era.

This comes after our own Neil Treacy provided us with his team yesterday, with Seán O'Brien a notable absentee and some decisions that have started a serious conversation.

Here are Quinny's picks (and bench):

"I think he's probably been the most consistent and best player in that position, real power and his overall contribution throughout a game.

"You're splitting hairs with so many people here, but he's an obvious selection for his longevity. Bar a few injuries he'd have a lot more caps, his impact over the last few years has been phenomenal."

"It's probably a difficult one here. I don't think Rory Best will be happy with me! But Woody has the record number of Test tries for a hooker, and I just think... I'm basing this off if all these players were fit and available.

"For any viewers who will be accusing me of provincial bias afterwards - John Hayes is one of my best mates. We're incredibly close, but I'm not picking him!

"I've changed my mind on this one because the Leinster brigade will be out attacking me. Maybe because I know Hayes so well and know he'll be fine with it, I'm dropping him for Tadhg Furlong.

"Given what I'm saying about Woody, and the impact and all-round football ability and performances in the three tests against New Zealand in 2017, I'm going for Tadhg Furlong." 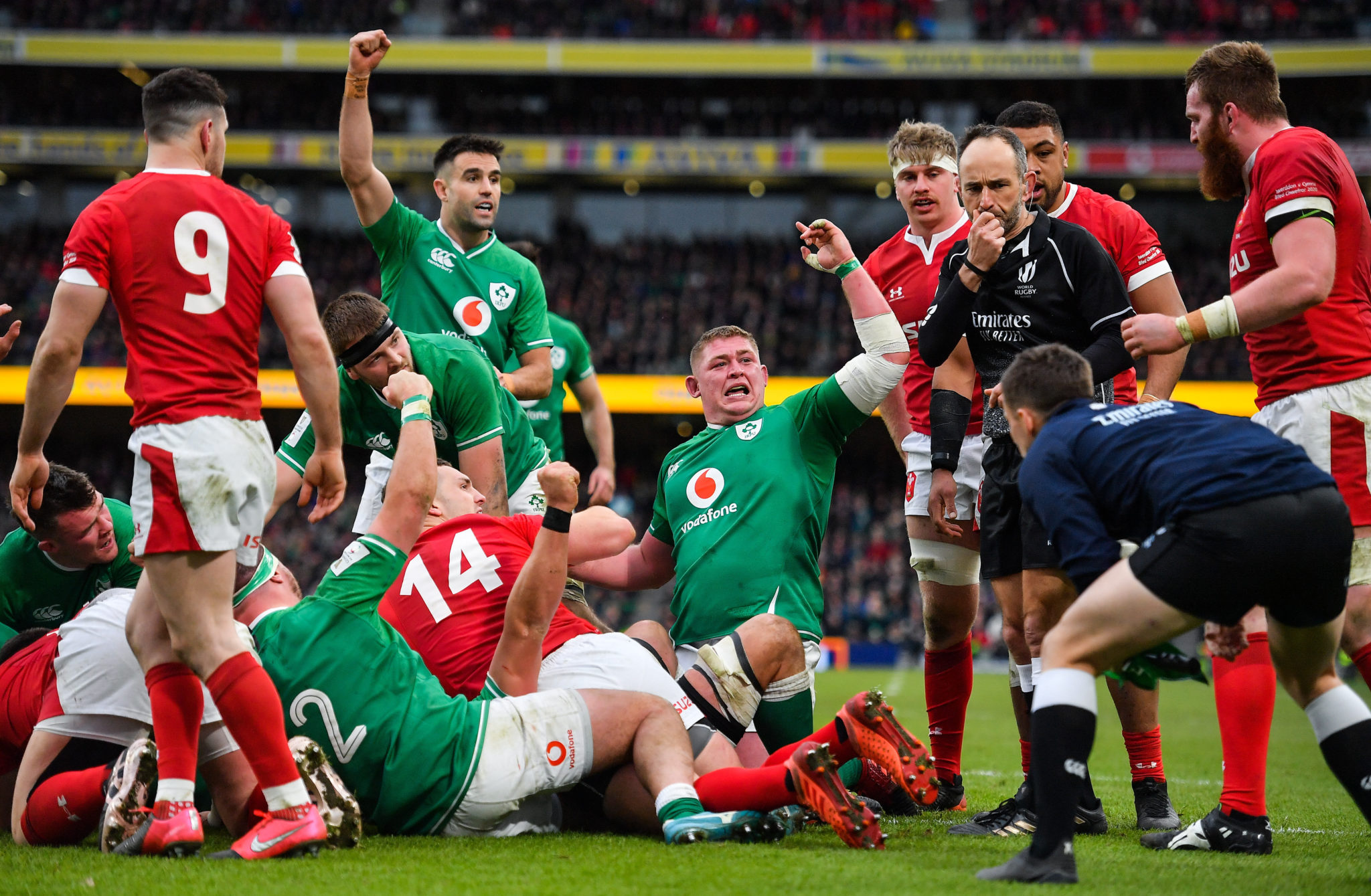 "It's between the three of them isn't it - Donnacha [O'Callaghan], Mal [O'Kelly], and Paul [O'Connell]. I think James Ryan probably hasn't played long enough for Ireland.

"There is no debate about Paul O'Connell, he's your number five. At number four, basing it on balance... I'll go with Donncha.

"I'll put Mal on the bench, he won't be pleased with me."

"Again, this is one of the most difficult, some of this is just gut feeling stuff! There's very little between any of the players.

"When I come into it before over-analysing it, the first three players that come into my head [for flankers and number 8] are Ferris, Heaslip, and Wallace.

"You could argue Seán O'Brien is very unlucky not to get that number seven berth, but again on longevity and the impact Wally made gives him the nod.

"Peter O'Mahony at six would be unlucky as well, Axel [Foley], CJ Stander for his impact in the last number of years. [And] someone who didn't play a huge amount whose career was hampered by injury - Denis Leamy." 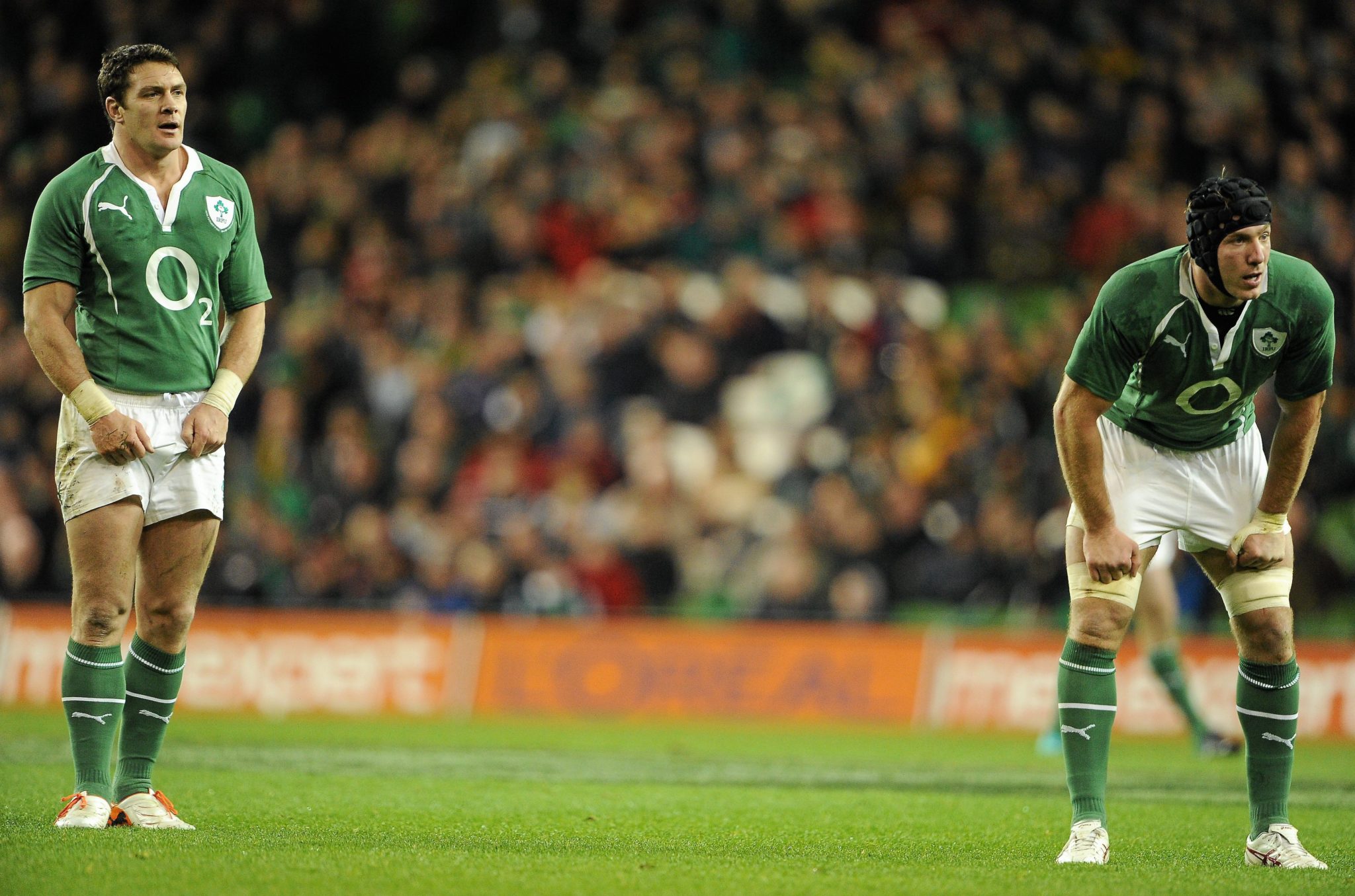 See above - the Leinster man gets the nod!

"I think [for] overall footballing ability and all-round game I think it goes to Conor Murray, but you have to mention [Peter] Stringer."

It was a decision between ROG and Sexton...

"Johnny Sexton is a better athlete, a better rugby player, someone who could play at centre or fullback.

"Because I played with ROG for so long, I played with Johnny a couple of times... Johnny is obviously an incredible player as well. There's very little between the two.

"I just can't get out of my head that I got out of so many rucks and you get up and see the ball spiralling down the field 60 or 70 yards and into touch... that was on the back of Ronan O'Gara's kicking game." 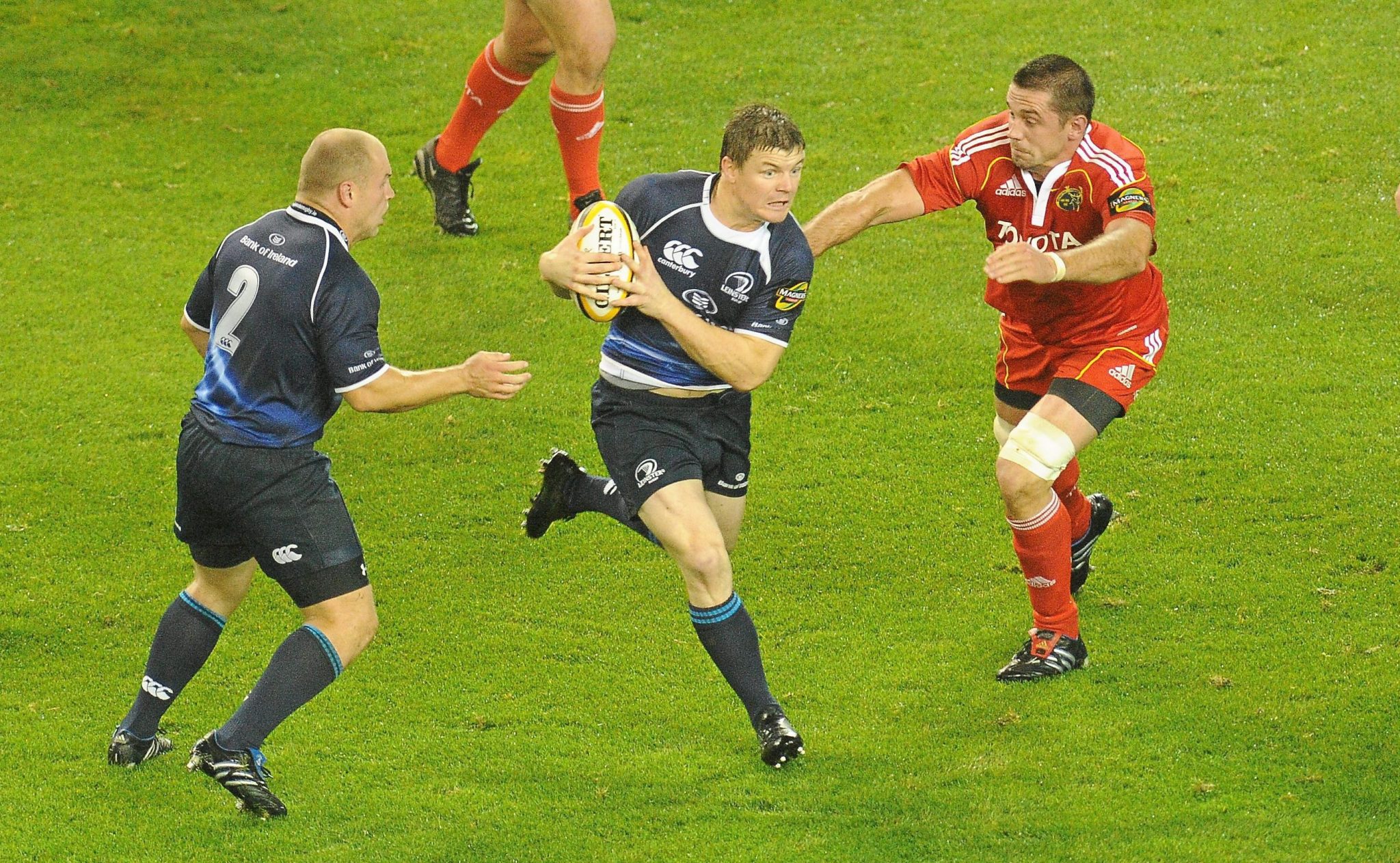 "For me Tommy Bowe plays on the right wing, Shane Horgan would be unlucky!

"I'm splitting hairs with the left wing, I think Keith Earls and Denis Hickie are your out-and-out poachers, that bit of X-Factor, incredible pace and can get tries out of nowhere.

"I'm going with Keith Earls here - 30 tries in 84 caps, Denis Hickie had 29 in 62 caps so you could say Denis is more prolific but... I find it difficult to leave Keith Earls out of it."

Again, no arguments with this position and the Leinster man goes straight into the team.