Dermot Corrigan joined OTB AM to discuss the immediate return of La Liga footballers to training, ahead of an expected resumption of football matches in Spain next month.

The league yesterday announced their intentions to return, with the country's huge death rates starting to plateau.

The quick availability of tests for footballers had posed a huge question mark over priorities in Spain during the Covid-19 outbreak, but a resolution now means football can return sooner than expected.

"The biggest problem was more around the availability of tests. There's a lot of people in Spain who would like to get tested, especially people working in supermarkets or in the health system, people whose jobs are more important than footballers' I guess.

"LaLiga working on how to put crowd noise into the stadiums, both for the players and the TV audience. For empty stands they could imitate public with colours of each team. Or put huge canvases on which statistics could be shown in the TV images." https://t.co/Tok4i64MEc

"La Liga were able to source tests through a German company in a private way, that just didn't look so good when the health system was struggling to get enough testing, enough equipment that they needed.

"That's not such a big deal at the moment, because the situation is more under control. Football was even mentioned in briefings... they said they had found a way for the tests to go ahead and for players to get it, even though there are people who are still maybe in more important jobs who would like to get tested."

Dermot says Javier Tebas, the President of La Liga, has been keeping a firm eye on the outbreak since it began, with hopes to return the game in Spain as quickly as possible.

"He is a very smart guy and was out in front of it really. As soon as everything shut down he was talking about how important football was.

"It's 1.3% of the entire GDP of the country, according to La Liga, generated by football. Thousands and thousands of jobs. He was quickly saying we're going to have to bring it back. 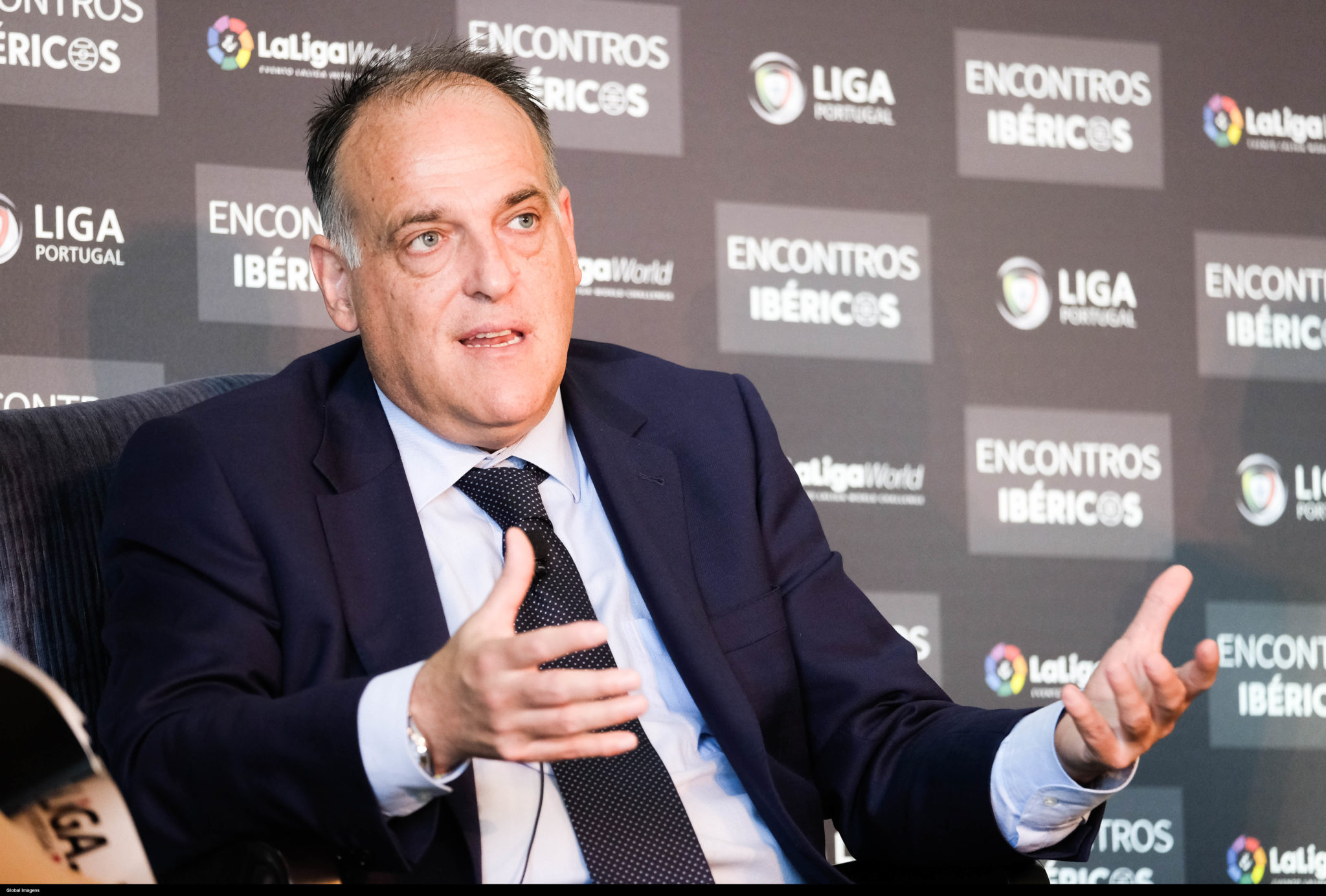 "The Secretary of State for Sport [Irene Lozano] got them to come together with a protocol to bring football back, she was quite open in saying it would be a good thing to get football back, even if it is just on TV.

"The health people weren't quite as keen, there was a little bit of strife between the health minister and the sports minister behind the scenes, but they've been able to work out a plan. That sees players in for testing today, and they're hoping to roll out a phased return to get games back by the middle of June."

Dermot added that the attitude among players about returning has certainly changed in the last couple of weeks.

"It's changed a lot. Remember the Valencia game against Atalanta where people talked about it as a 'biological bomb', and then the Atlético Madrid game at Anfield.

"35 per cent of Valencia's first-team players and staff tested positive. So there were a lot of people saying footballers can't be the guinea pigs for this. They were very against it at the start, it didn't look like it was going to be possible at all [to return like this]. 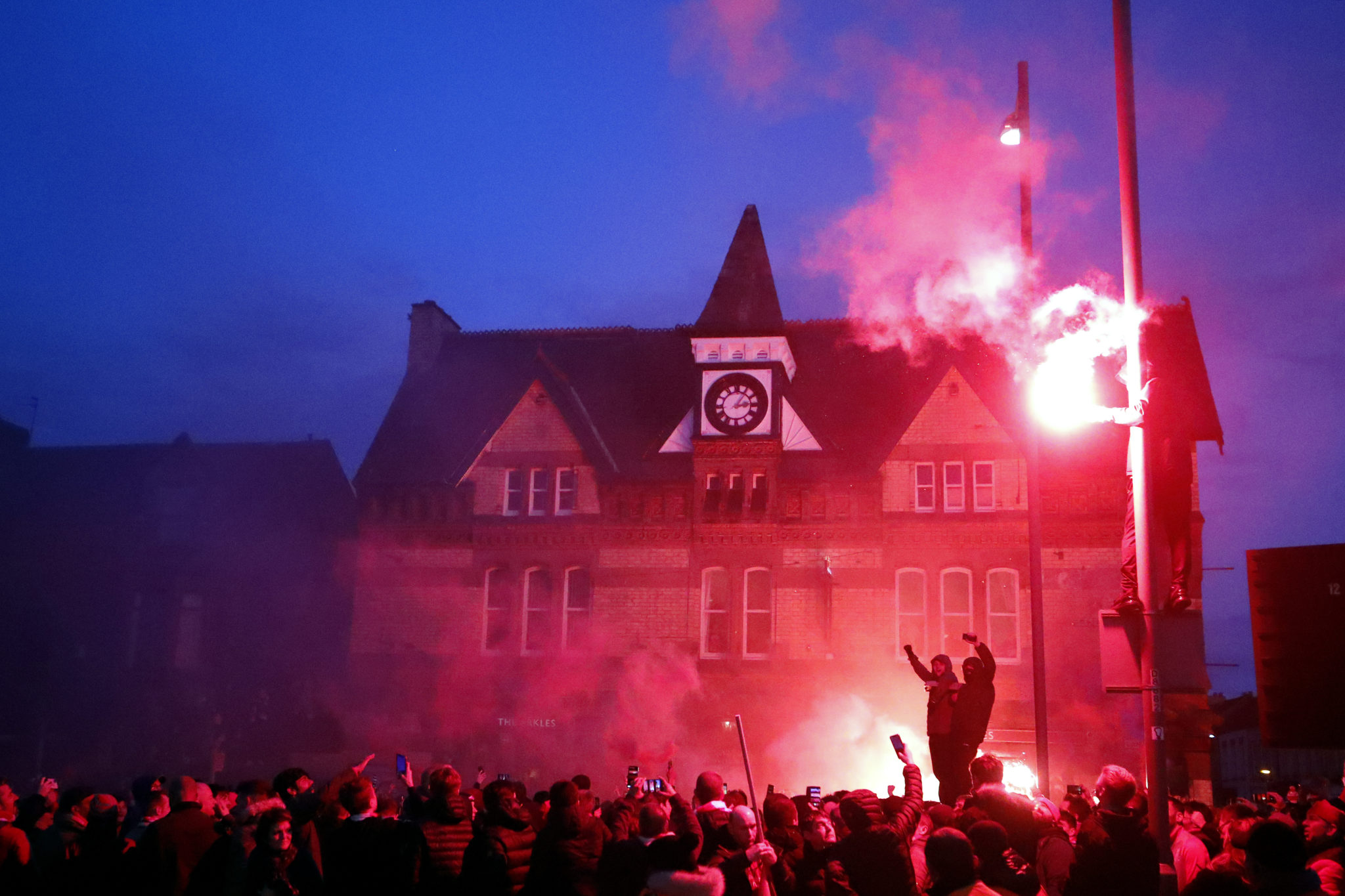 Fans let off flares ahead of the UEFA Champions League round of 16 second leg match at Anfield, Liverpool.

"But as the weeks have gone past... people I've been talking to close to the players say they realise that they have to get back to work, that their livelihoods depend on it, that they can't just not play.

"Rafinha at Celta Vigo, who used to be at Barcelona, says he won't play until there's a vaccine found for it, a couple of other players as well. The players aren't going out doing too many interviews about it - they don't want to be seen to be disrespecting anybody... but in private they accept it's their job and they have to go back to it."

The President of La Liga, Javier Tebas, has said these latest moves around plans to return provide optimism.

"This crisis has had a profound impact on all of us. The return of football is a sign that society is progressing towards the new normal. It will also bring back an element of life that people in Spain and around the world know and love.

"People’s health is paramount, so we have a comprehensive protocol to safeguard the health of everyone involved as we work to restart LaLiga. Circumstances are unprecedented, but we hope to start playing again in June and finish our 19/20 season this summer.”

Waterford unable to fulfil Sligo fixture due to COVID-19 case