Every day on OTB AM ahead of the return of the Premier League on June 17th, we'll be running th...

Every day on OTB AM ahead of the return of the Premier League on June 17th, we'll be running the rule over teams in groups of three or four in our new segment - Best Case/Worst Case.

Stephen Doyle joined Eoin and Adrian on OTB AM to guide us through the targets and ambitions of three of the big sides in England's top tier:

"Jurgen Klopp has already set out his target, he wants his team to go out and win the last nine matches, 27 points on offer and they're on 82, they could get up to 109.

"The record is there from Manchester City two years ago [100 points]. I think they need to approach this like Bayern Munich have in Germany, they've won six out of six and hit the ground running.

"When you look at their opening fixtures, they've got Everton away, Crystal Palace at home, you'd expect them to beat those teams, but home wins [without fans] aren't easy to get.

"I wouldn't say it's guaranteed they're going to win the title in their first couple of games, they then have Manchester City of course before facing Aston Villa - you'd imagine that's the latest they'll get the job done.

"Manchester City, what do you say about them? They've got bad results in them, we've seen it this season against Norwich City, against Wolves. They can be beaten, they're not invincible.

"I would also be wondering what Pep Guardiola is thinking about Kevin de Bruyne, his best player, his leader in the team, coming out with comments that he would think about a move if City are banned from European competition.

"If one of my players is coming out saying that... I'm not going to be very happy and I'm wondering is it going to cause division in the dressing-room?" 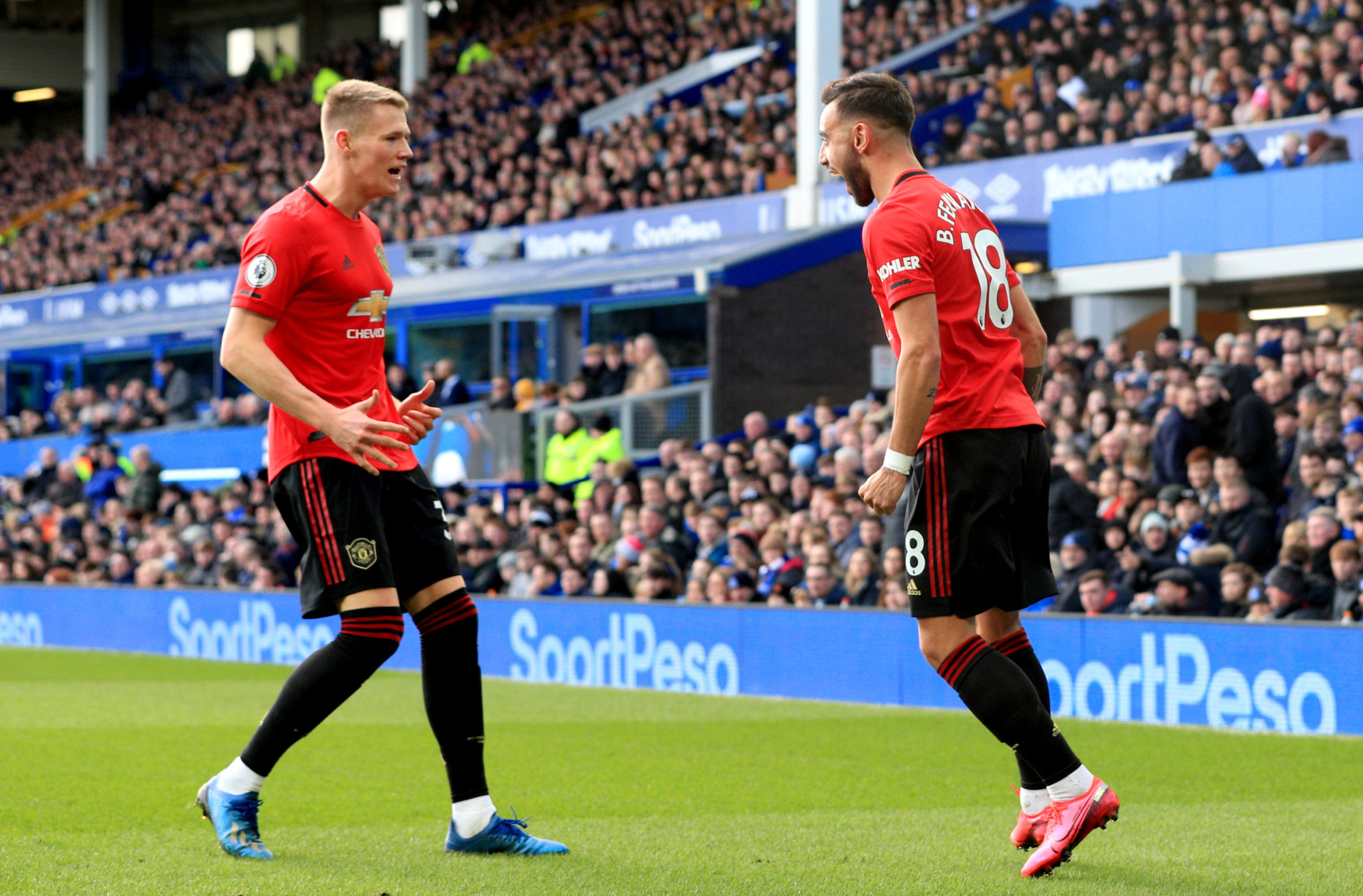 "They were 11 matches without a loss in all competitions before the break, they were absolutely fantastic.

"Fred has been playing brilliantly, [Scott] McTominay is a player I've always loved... I think he's an excellent player, there's no frills. He's a little bit like Jordan Henderson at Liverpool.

"He's a battling midfielder, he gets other players into the game. I'd have him, Fred, Bruno Fernandes... and I wouldn't take Daniel James out of the team. I'd have James, Rashford and Martial as that attacking trio up front.

"[On Pogba] they need to show other clubs he is still a player worth investing money in... how many clubs are going to pay that fee over the next year after what's happened?

"They all know he's got an attitude problem."