Paul Pogba missed a second half penalty as Wolves held Manchester United to a 1-1 draw at Molineux.

Anthony Martial gave Man United the lead on 27 minutes. His strike partner Marcus Rashford slipped a ball into the box and Martial got onto it before finishing with aplomb.

Wolves started the second half well. But they were unfortunate with their first effort. Mexican forward Raul Jimenez saw his header smack off the post.

But eight minutes after the break, the home side levelled in style. Ruben Neves, who's got a penchant for a long-range wonder goal, delivered again.

The Portugal midfielder curled his effort off the crossbar and in from range, giving David De Gea no chance.

However, a lengthy VAR check followed, as a potential off-side in the build-up risked ruling the goal out.

However, upon review, referee Jonathan Moss awarded the goal. 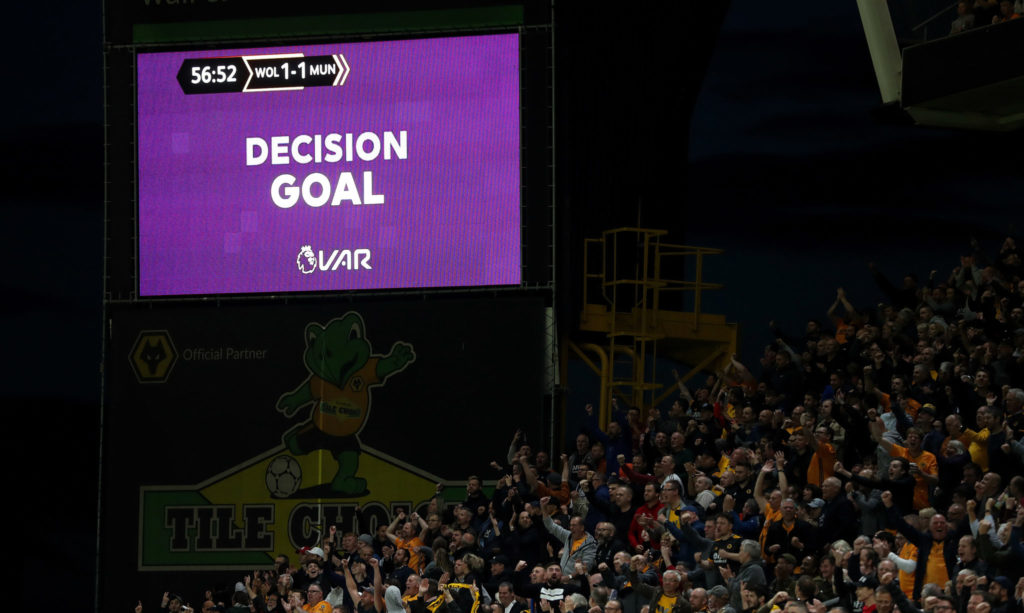 Thirteen minutes later, Moss blew for a Man United penalty after Conor Coady fouled the on-rushing Pogba in the box.

But Pogba missed the penalty as Rui Patricio saved with his legs. That was the World Cup winner's fourth penalty miss for United since the start of last season.

That Pogba penalty miss proved crucial as both sides settled for a 1-1 draw.

Mourinho opens up on Bale future and Rashford penalties