Persoon: We were very surprised Katie is taking this risk

Delfine Persoon says Katie Taylor is risking her career by going through with their rematch on Saturday night.

The pair will meet on the final night of Matchroom's Fight Camp, with Taylor's undisputed lightweight title - and an undefeated record - on the line.

The bout is the sequel to their contentious original clash at Madison Square Garden in June of 2019.

Taylor was awarded that fight by majority decision, but many on the night - and since - feel Persoon should have seen her hand raised.

The Belgian part-time police officer was a late replacement for Amanda Serrano, and feels Taylor is taking a huge chance by accepting a rematch.

"We were very surprised Katie is taking this risk.

Persoon and Taylor came face-to-face at the final press conference, with both set to weigh-in on Friday.

Taylor says with no crowd and all the belts on the line, Saturday's rematch will be the "purest form of boxing you will ever see". 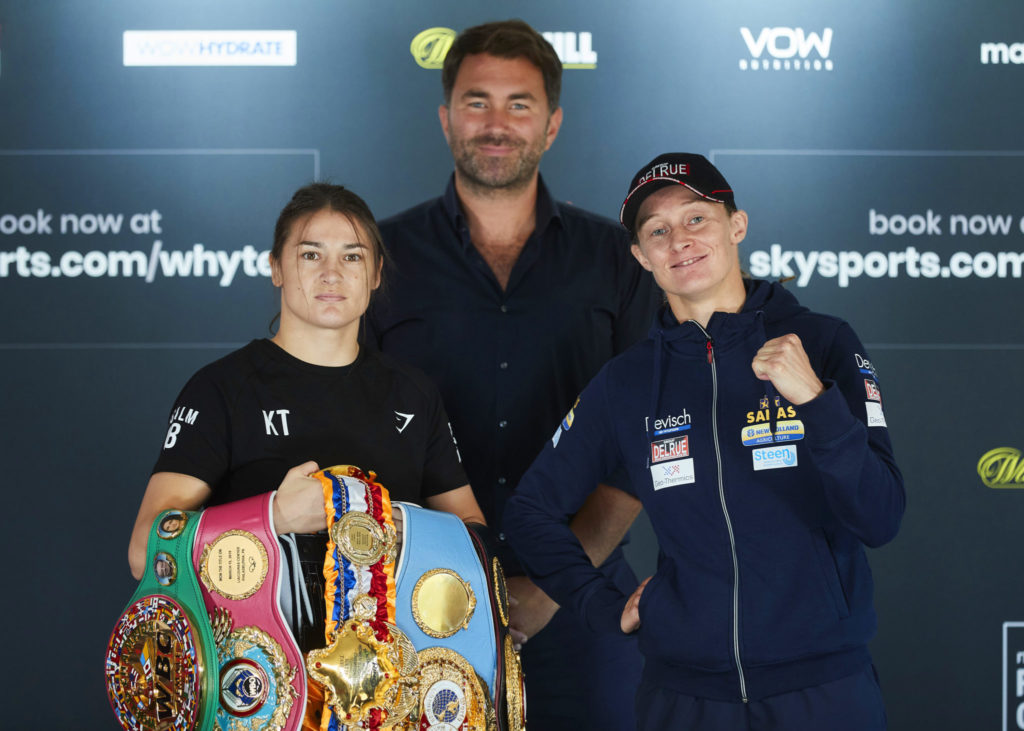 The Bray fighter's style has also been a bone of contention since their first fight. Persoon described Taylor as a "punch, run away" boxer.

The 35-year old doubled-down on that criticism on Thursday. "A war? This is boxing. Punch, punch back," she exclaimed.

"It is not a war. Grabbing and holding is not boxing.

"Boxing offensively, jabbing and working, is the way to box.

"I respect her style. I must prove my style, like I did in New York, but even better.

"I could see I am bigger than her.

"I have to start the fight faster than last time, with a higher tempo.

"But I can't change the whole thing. My way of boxing is with pressure.

"I can box also on the back foot but, a lot of the time, my opponents don't pressure me. But I can do it. I spar with guys in Belgium who are stronger than me. They give me problems and I find solutions. Against a girl, I always feel stronger because I train with men.

"But I like to box in front. Boxing with my heart can be a problem, sometimes I forget to use my [brain].

Kellie Harrington and Aoife O'Rourke both qualify for Tokyo Olympics