Laois senior football boss Mike Quirke says the break in sporting action has led many GAA sides, including his own, to come up with novel ways of maintaining player bonding as a priority.

The former Kerry midfielder joined Eoin Sheahan on OTB AM this morning and said that, with gaelic games postponed as a result of the COVID-19 outbreak, it's important for his panel to keep in touch in other ways.

"I've probably found it as strange as everybody else. It's not the nicest way to have your first year in inter-county management I suppose but we're trying to do as much as we can, trying to get ahead of it a small bit and get guys doing as much as they can on their own, taking personal responsibility for the whole thing.

"It's just a totally different landscape, and I know football is largely insignificant at this time but for people stuck in the middle of it we're still trying to make it as best we can.

"It's no harm at this time to give players the opportunity to do some work on their own. Every fella has their own targets, [their own] fitness and skills work. Most of these guys are either students or teachers or there's some guys who are working hard obviously, but a lot of them are off.

"Most fellas are looking to do stuff to fill the time, and be as active as they can really. Getting them to do training is the easy part, the hardest part is trying to maintain some kind of connection with the whole thing, and keeping the team together in a way that we'd be happy with.

"To do that you've got to be a little bit novel, and come up with bits and pieces that engage guys really as a collective. You use Zoom etc, just to give guys face time with each other really and do some activities that can be as fun as anything else."

Quirke says it's important to adopt new ways of doing this, with new online ways of communication vital in these days of quarantine. 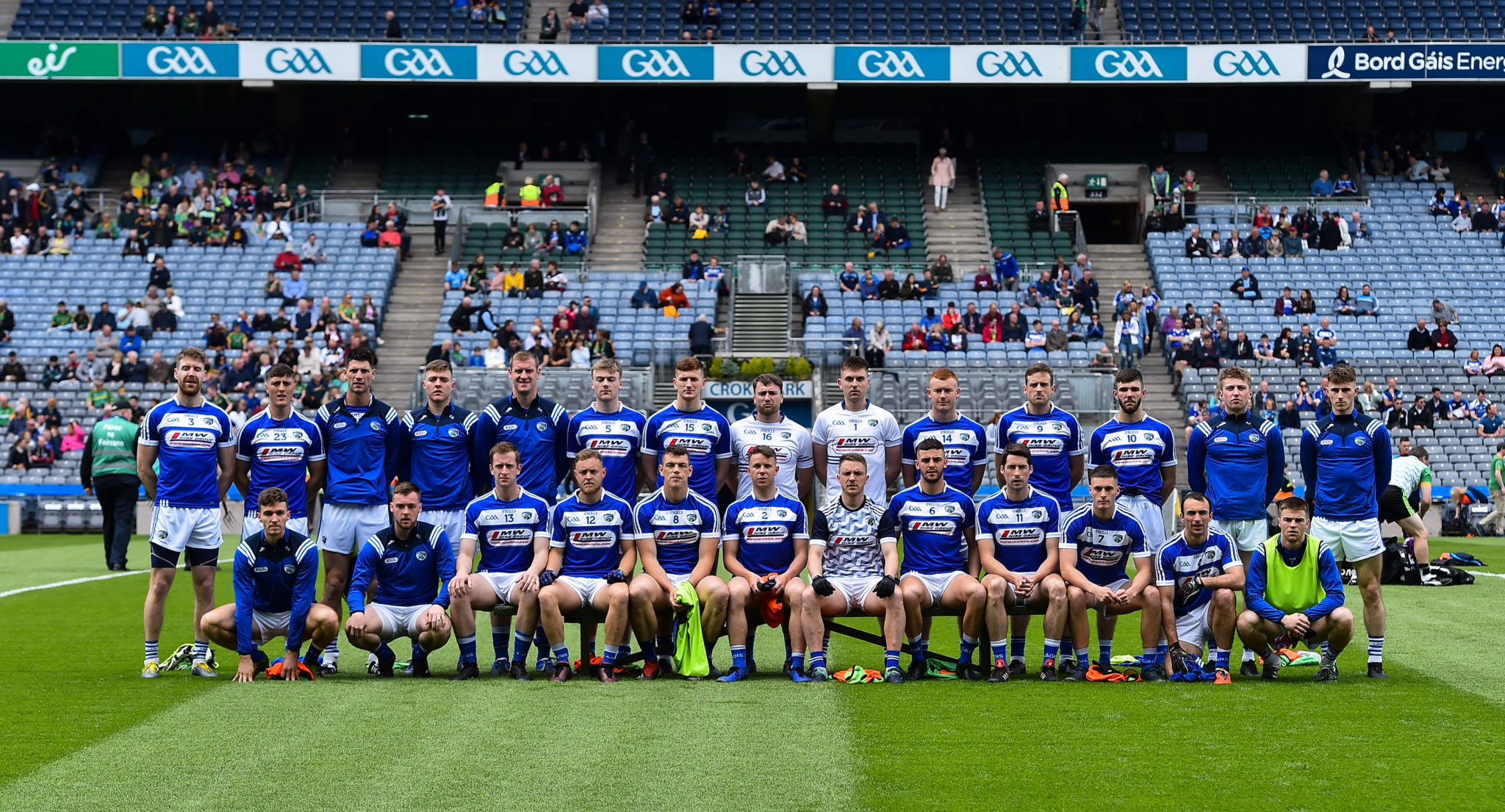 "Than you can have your video analysis and go through different scenarios and go through all that serious and dry stuff as well. But it's just, literally... some of these guys won't have seen each other for three or four months!

"You're cutting off a kind of a limb from guys that have spent most time in each other's pockets... training or in the gym or whatever, and then that's all gone. That's difficult for everybody, but especially for guys that are so used to the routine.

"My Mam is in her seventies, and now I'm getting video calls from my Mam! That face-to-face connection is something that's really important and again, we wouldn't have thought about it two months ago.

"We're realising that face-to-face connection, being able to see somebody, is more powerful than a call or text message, or WhatsApp message. Everybody's trying to come up with ways... to be creative... to help that team collective stay together."

Laois were sitting in fifth position in a highly competitive Allianz Leagues Division Two upon the postponement of action, after two wins, a draw, and two defeats from their opening five games.

If your are isolated, need a helping hand and on your own during this pandemic Laois Community Support Helpline is staffed from 9am to 8pm each day of the week and can be reached on 1800 832010 pic.twitter.com/hkvFXvm8al

Quirke says while he doesn't know what will happen the 2020 championship, his players were thoroughly enjoying their outings early this year.

"Genuinely I don't care what form comes [for the championship], once we're back playing at some stage. We were loving the National League, we were taking such enjoyment out of it.

"We won some and we lost some, and we had two games left [that] we felt were very winnable games and onto nine points, and maybe into the conversation of getting promoted out of the division.

"The group were very ambitious and were mad to get to that target and see where it took us.

"In terms of the championship... if that's knockout, great, let's see what we can do about it... the main thing is everybody is safe and we get back out on the field whenever that comes."

Longford inter-county footballer to sit out match as coronavirus precaution