Pádraic Joyce has received a blow ahead of Galway's National League clash with Mayo on Sunday, with the Moycullen members of his squad unavailable for now due to a Covid outbreak.

The weekend's game marks the resumption of Galway’s attempt to win the National League for the first time since 1981, with their final game next week against Dublin.

Four panelists from Moycullen have had to withdraw after a Covid outbreak within the club’s squad following their county title triumph.

The outbreaks are also affecting Galway's under-20s, who take on Kerry in the All-Ireland semi-final in Limerick on Saturday.

The aforementioned Paul Kelly, James McLaughlin and Daniel Cox are among the club's players involved at county level at that grade, as they go in search of their first under-20 All-Ireland in seven years.

Moycullen's club chairman, the former Galway footballer Paul Clancy, says they have followed all the correct protocols since they were made aware of the outbreak.

"The global Covid-19 pandemic has affected everyone over the last seven months. In recent weeks the national numbers have started to rise against an alarming rate and unfortunately there are several cases in our community. 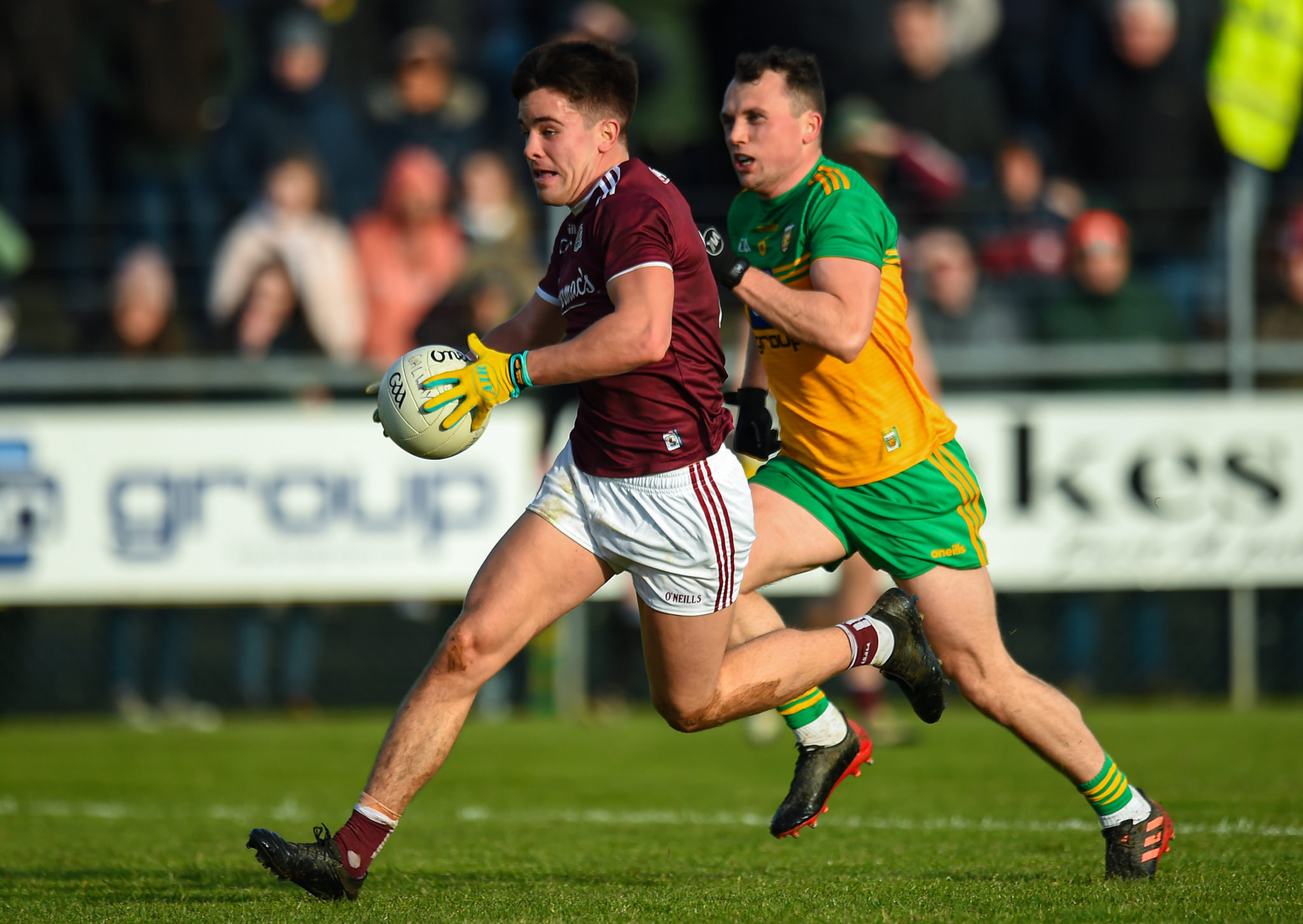 9 February 2020; Sean Kelly of Galway in action against Conor O'Donnell of Donegal during the Allianz Football League Division 1 Round 3 match between Donegal and Galway at O'Donnell Park in Letterkenny, Donegal. Photo by Oliver McVeigh/Sportsfile

"This includes some members of our senior football squad who won the county title recently.

"On learning of these cases in the club we immediately acted and have cancelled all activities to allow time for all the necessary actions to take place regarding the contact tracing process.

"Previous to this, the club had cancelled club celebrations after our county final victory.

"We will be following all protocols set down by the HSE and the GAA as we all try and get through these challenging times together."

The Gaeltacht village club, just northwest of Galway city, won their first ever county senior championship 10 days ago at Pearse Stadium in Salthill with a 2-12 to 1-11 win over Mountbellew/Moylough. Captain Conneely kicked a remarkable 1-9 in that historic win.