Mick McCarthy delighted to have his "star striker" back

Republic of Ireland manager Mick McCarthy says it's "brilliant" to have David McGoldrick back in ...

Mick McCarthy delighted to have his "star striker" back

Republic of Ireland manager Mick McCarthy says it's "brilliant" to have David McGoldrick back in the squad for the games against New Zealand and Denmark.

The Sheffield United striker missed the Euro 2020 qualifiers away to Georgia and Switzerland last month due to injury.

McGoldrick was on target in the 1-1 draw at home to Switzerland in September but the Boys in Green didn't score in Tbilisi or Geneva in his absence.

Speaking at Monday's press conference in Abbotstown, McCarthy said: "It's brilliant to have him back, he's been our star striker, he's been the stand out player up front."

Asked if McGoldrick was a big miss for last month's games, the Ireland boss added: "I would always prefer to have my best players playing and he has been our stand out centre forward so any team of any ilk, any stature would miss a player like him, especially how he was playing.

"The goal he scored against Switzerland of course, I think he everyone loved him for that." 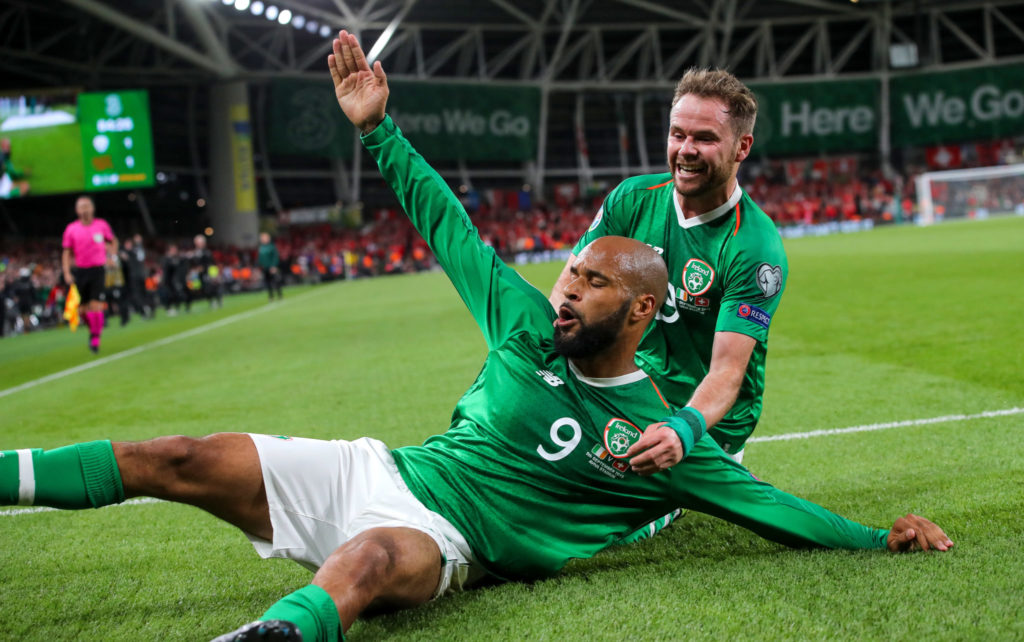 Seamus Coleman is suspended for the visit of the Danes so Matt Doherty is expected to take his place having played the last two games for Wolves.

Goalkeeper Darren Randolph started for Middlesbrough over the weekend after missing Boro's previous three games in the Championship due to a thigh injury.

Looking ahead to the game with Denmark, McCarthy said he is "always optimistic" that his side can win.

However, the 60-year-old knows what is facing his players next week: "We'll have to play well, they've only lost one game in 31, that was against the futsal team when they went on strike.

"It shows the task we've got in front of us but I always believe we can win and Monday is no different."