And while it leaves the Boys in Green still without a win under Kenny, Meyler told OTB AM this morning it would be wrong to point blame at the manager or players at this stage.

"I wouldn't be throwing around 'weak mentally', I think that's wrong. You've got to stop and step back and look at this from a wide angle.

"We're playing England, they're a good team. We're focusing on of course finishing the Nations League strong for rankings, and then of course starting the World Cup campaign, they [England] want to be winning the European Championships next year.

"We're at a different transition. You look at [David] McGoldrick who has just retired, Adam Idah's only a young lad, he's 19, there's a lot you can look at in the sense that we are in a transition."

The rough start to Stephen Kenny's tenure hasn't all been the fault of the manager either, according to the former Sunderland and Hull City midfielder.

"I actually do feel sorry for Stephen [Kenny] in that Seamus Coleman picks up a knock the night before, James McCarthy is out, then Aaron Connolly is out, Callum Robinson has contracted Covid.

"I don't think any other Ireland manager has faced so much in such a short period of time in his camps. There always seems to be a small problem, even after the Finland game the last time. 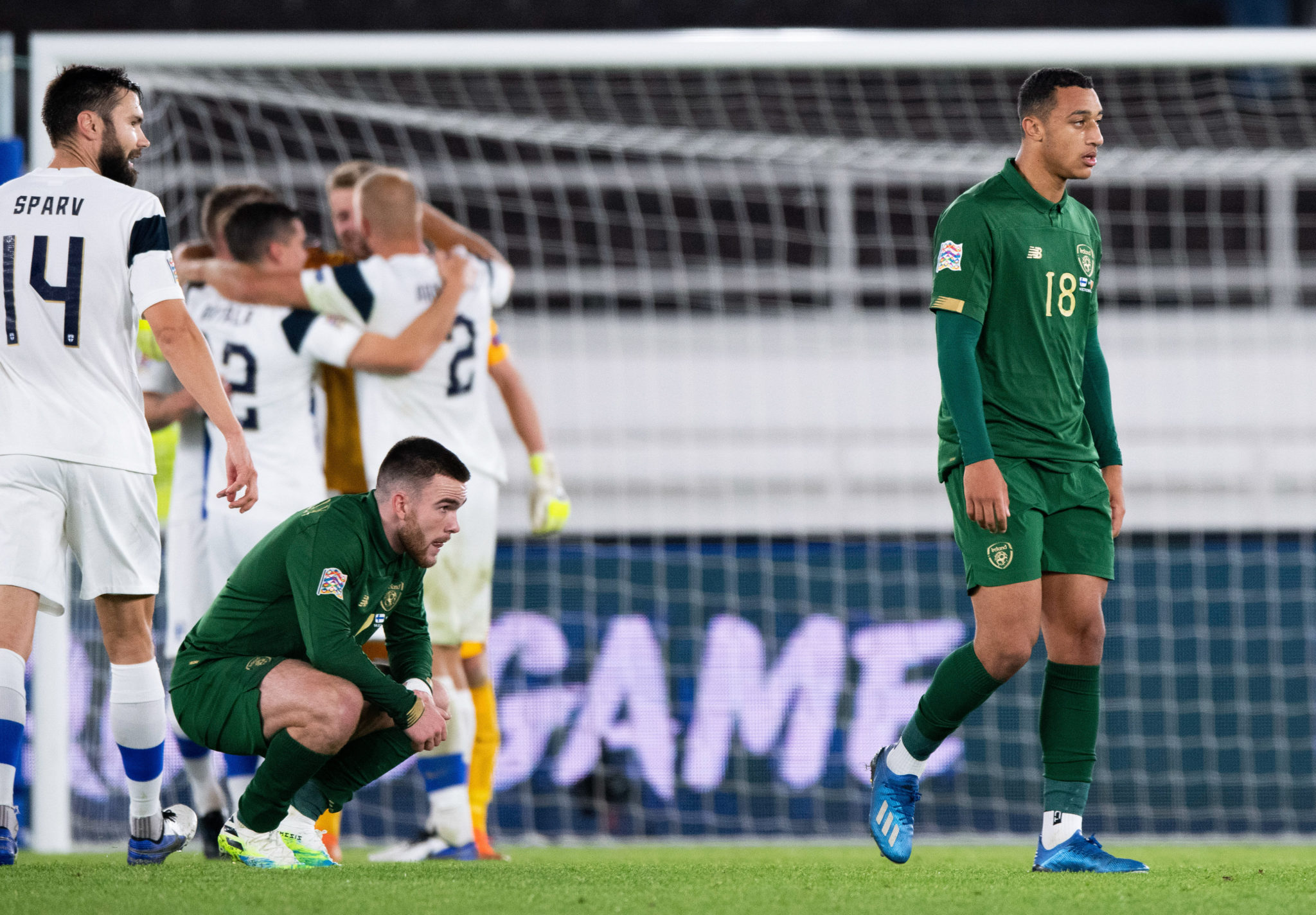 "The difficulties he faced with Aaron Connolly and Adam Idah being too close to people on the flight [to Slovakia] and stuff like that.

"There's a lot of difficulties, but we're playing England as well. Of course there's a lot of talk in the build-up that England hadn't beaten us in 35 years, but even if you look back on the one-all a few years ago when Shane [Long] scored, England still dominated the ball, they're going to do that against the majority of countries, never mind Ireland.

"Of course you wanted to see a little bit more in the performance but last night's game was a really tough one. It's not as if it was, and I don't want to disrespect them, but a Georgia or an Oman where you're thinking come on lads, put the ball in the back of the net or get it down or knock it around for 90 minutes.

"[For] a lot of those lads it was probably their first time playing at Wembley, playing on that big open pitch, it was a tough one. People have been a bit quick to criticise.

"Of course I personally want to see more, but you've got to look at it from the big picture."

Ireland striker Idah out for ten weeks with ligament injury