Dublin midfielder Michael Darragh MacAuley says it's imperative authority figures don't give up on the north inner city as an area of potential growth and improvement.

The 34-year-old was speaking on OTB AM about the work he does with Dublin-NEIC (North East Inner City) and off the back of AIB's The Toughest Summer.

"There's a huge amount going on in the area - basketball camps, GAA camps, [we] have kids kayaking every week and all this sort of stuff. Just trying to provide as much opportunities as possible for people.

"There's loads of things going on, addiction education and different schemes and grants to help bring up the area. There's obviously still a bit of a way to go.

"I got real pissed off, I was talking to a Garda around the area recently, and she had given up, and she was just like 'It'll never change.'

"That whole attitude kills me. Like, I don't even know why you're in your job if you just have no faith in things. You have to have a bit of faith that things are going in the right direction, and you can actually do something.

"If you wake up at nine o'clock, by the time you go back to bed you have to have made a difference somewhere. It's the only thing that would make me sleep easier at night, if you feel you've done something."

The seven-time All-Ireland winner says it is time for real, permanent solutions in the area - things like jobs and infrastructure that would make a real difference.

The number of cycle lanes springing up in the city centre during lockdown provided the perfect example.

"It's a great example of quick change. I cycle the roads every day and I never thought they'd be even able to fit these cycle lanes in! It's great to cycle around the place now.

With some very familiar faces from the @officialgaa and @OfficialCamogie scene it's going to be worth the wait! 😉 Catch @AIB_GAA's #TheToughest Summer Tuesday 25th August at 10:10pm on @RTEOne 📺 pic.twitter.com/Uk6wJFo8SL

"People wanted that change and they said 'Shit, this actually has to happen now.' Covid just multiplied everything. We need all hands in when we're trying to bring up the whole area in general.

The Ballyboden St Enda's clubman and 2013 Footballer of the Year is appearing in an episode of AIB's The Toughest Summer, and says he wanted to highlight the plight of elderly in the area during the pandemic.

"I'm working with the north-east inner city, which is a generation project going on in and around the general Dublin 1 area.

"They asked me to be on the show and I just thought it would be nice for some of the older folks to see themselves on telly, a bit of a novelty for them. 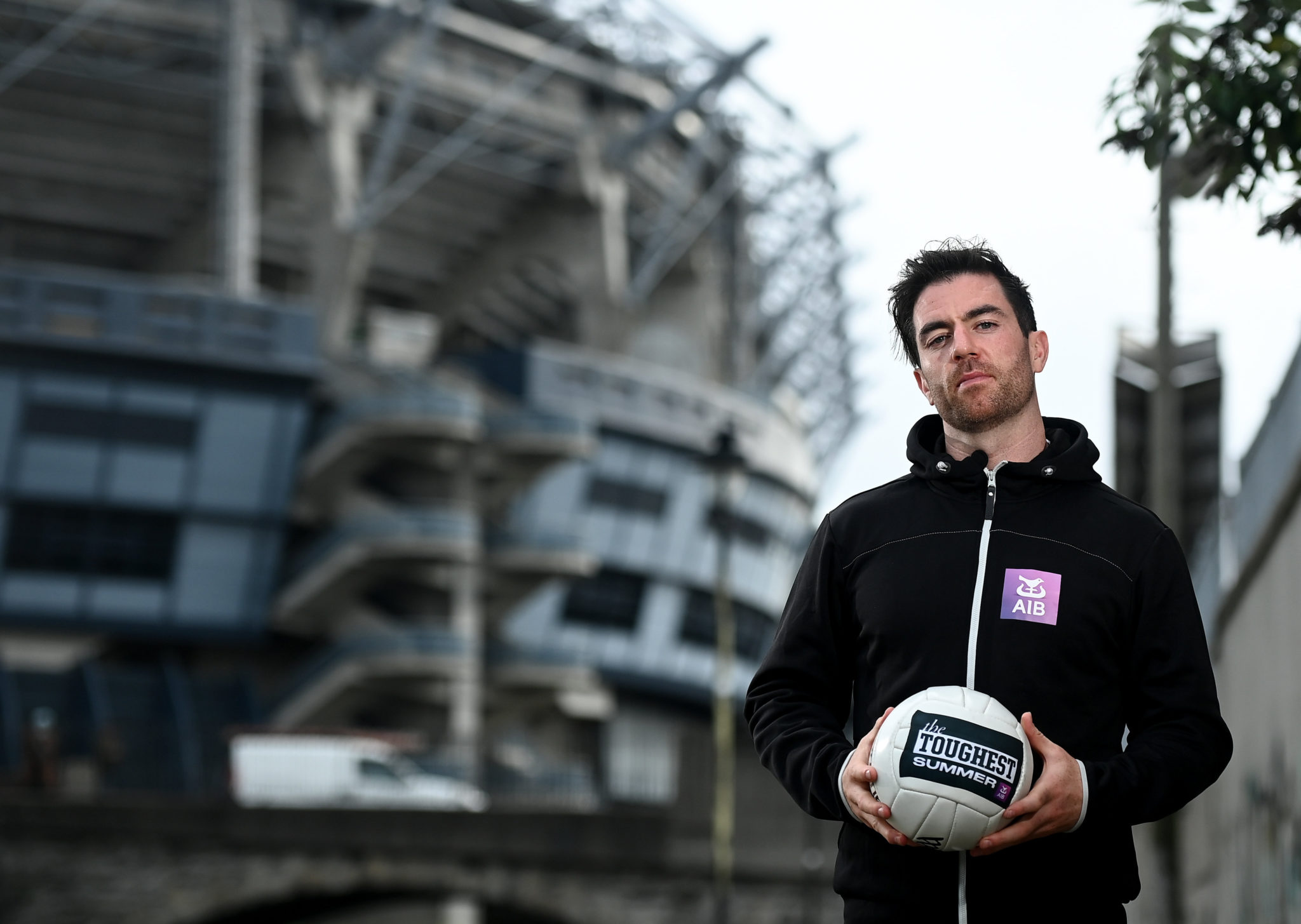 24 August 2020; Pictured is All-Ireland winning Dublin and Ballyboden St Enda's footballer Michael Darragh MacAuley ahead of AIBs The Toughest Summer, a documentary which tells the story of Summer 2020 which saw an unprecedented halt to Gaelic Games. Brought to you by AIB and directed by award-winning filmmaker Ross Whitaker, the 50-minute documentary, which features Michael Darragh MacAuley among others within the GAA community, will air on RTE One on Tuesday, August 25th at 10.10pm and will be available on AIBs YouTube channel from 1pm on Thursday, August 27th at www.youtube.com/aib. Photo by David Fitzgerald/Sportsfile

"We immediately felt sorry for the cocooners, people just shoved in their prison cells-come-flats and were too scared to come out.

"It was tough, we were asking ourselves questions about what we're going to do to try and help these guys. We decided on Wednesday's we had a fella come in and play a few tunes, and literally they'd come outside their door and sit down outside on their step, listen to music and then play a bit of bingo.

"On a Friday I'd come in and we'd go around to four or five different retirement home settings, and I'd just do yoga with them every Friday. But it was great, it was great.

"Some of them hadn't been outside their house in weeks. The messaging was tough for them and they didn't really got a hold of it.

"It's as much about the craic and connection and having a little bit of purpose about their day, even if it's once a week."

Michael Darragh MacAuley spoke to us ahead of AIB’s The Toughest Summer, a documentary which tells the story of Summer 2020 which saw an unprecedented halt to Gaelic Games.

Brought to you by AIB and directed by award-winning filmmaker Ross Whitaker, the 50-minute documentary, which features MacAuley among others within the GAA community, airs at 10.10pm on RTÉ One last night and will be available on AIB’s YouTube channel from 1pm on Thursday, August 27th at www.youtube.com/aib.