One of the benefits of playing for the Galacticos was the fact you could rub shoulders with the likes of Ronaldo and Zinedine Zidane.

Former Liverpool winger Steve McManaman was part of that squad until 2003. And for one brief house party, so did his former Liverpool team-mate Robbie Fowler.

McManaman shared that story at our Aviva Stadium Special in association with BoyleSports.

"Robbie Fowler came over and it was one of his first times over," he began.

"He was in Portugal on holiday and I said, 'Why don't you come to the [Real] game?'. So he came over with his brother-in-law, who was a painter and decorator.

"They trot over and I give them a couple of tickets. We win the league and then after the game, we're on a bus going over to a fountain called Cibeles. 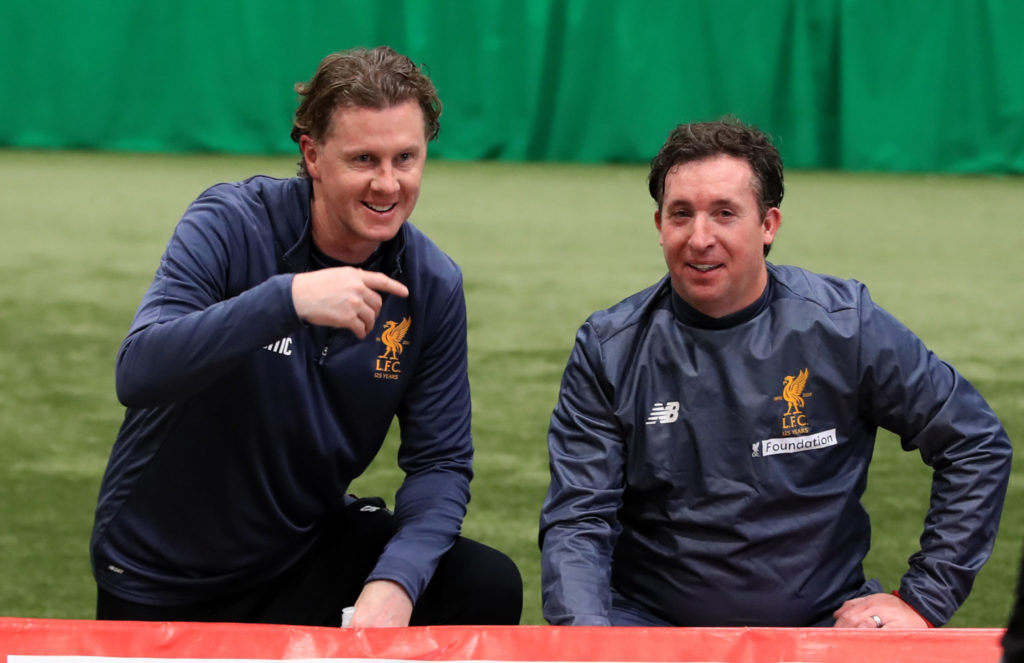 Steve McManaman (left) and Robbie Fowler during a preview day for the Liverpool Legends charity match against Bayern Munich at The LFC Academy, Liverpool.

McManaman convinced Fowler and his brother-in-law to join him on the Real bus where everyone was kitted out in white 'League Winners' jerseys.

"He gets on the bus with us, jumping round and celebrating," McManaman continued.

"There's people in the ground going, 'There's only one Robbie Fowler'. There's a load of English people there. So we finished that and then we go to a restaurant at about 2am.

"Eat our food, celebrate with a meal. There's loads of us there. My wife, our friends and everybody's the same. Five o'clock in the morning, 'Right, let's go to a nightclub'.

"So we got to a nightclub, carry on partying: Robbie, his painter and decorator cousin and all of us. I had a driver who used to drive me round and he came in. It was a Sunday night/Monday morning. He comes into the nightclub and hands me my keys and he goes, 'I have to go.'"

McManaman hadn't realised it was 9AM already.

"So the party goes round to his. We're in this party room. There's me, Robbie, painter and decorator and Ronaldo playing pool.

"He's got a smoke machine on, bit of music and dancing and there's chaos. There's bodies all lying round the house drunk. And Robbie's just sitting there going, 'I just can't believe this'. So you can imagine what the painter and decorator was like playing Ronaldo for pool!"

You can watch the full chat with McManaman above via YouTube video. Or you can listen to the podcast here: