Manchester United have received the green light to install rail-seating at their Old Trafford gro...

Manchester United have received the green light to install rail-seating at their Old Trafford ground on a trial basis.

It's a first move by the club to include a 'safe-standing' area in their stadium.

Trafford Council have allowed United to install around 1,500 barrier seats in the north-east quadrant (areas N2401 and N2402) of Old Trafford.

The area in question is between the Alex Ferguson Stand and the East Stand, to the right as would be viewed on television.

The club hope to have the seats installed in time for the start of next season. 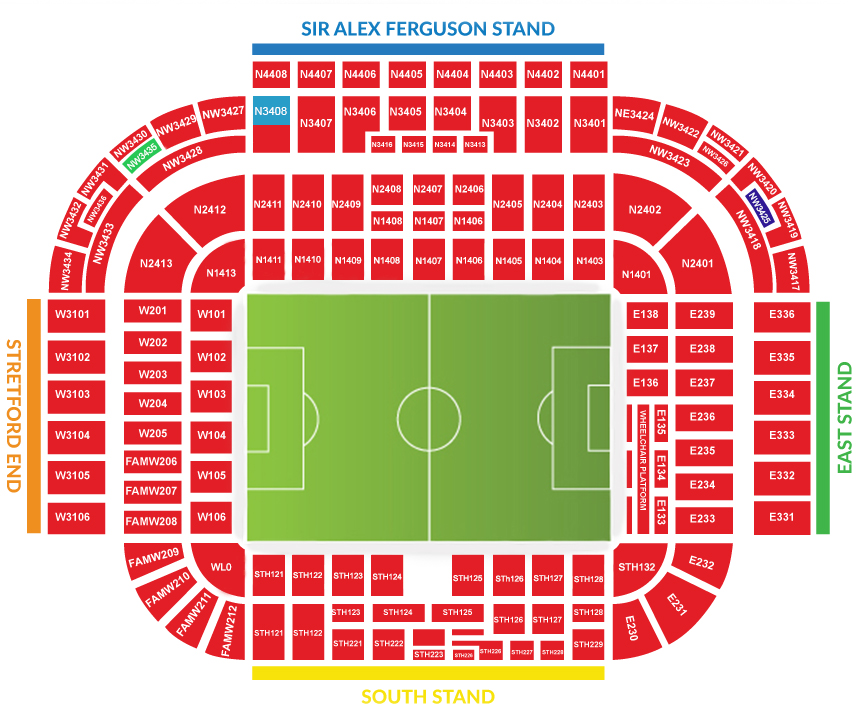 Celtic have had 2,600 rail seats in their Parkhead stadium since 2016.

Last year, Wolves became the first UK club to install rail seats in an entire stand at their ground.

The rules on standing at grounds has been relaxed since the publication of the Taylor Report deemed that all grounds in the top two tiers of English football had to be all-seater as of August 1994.

United's managing director Richard Arnold said, This announcement is the latest step in what has been a long journey with our fans.

We have listened to their feedback, in particular, the representations made by MUST, and worked with Trafford Council to develop and approve this proposal.

“Our belief is that the introduction of barrier seats will enhance spectator safety in areas of the stadium where – as with other clubs – we have seen examples of persistent standing.

It also allows us to future-proof the stadium in the event of any changes to the current all-seater stadium policy.

If the trial is successful, we may consider further implementation of barrier seating in other parts of the stadium.

Arnold says the installation of rail seating is just one part of an initiative to boost the matchday experience of Old Trafford patrons.

He's also announced an extension of the so-called 'atmosphere section' in the Stretford End.