Republic of Ireland defender Louise Quinn has agreed a contract extension at Arsenal.

The 28-year-old from Wicklow helped the Gunners land the English Women's Super League title for the first time since 2012 this season and was also a key member of their Continental Cup winning side in 2017.

Quinn has played 59 times for Arsenal since joining the club when Notts County folded two-years ago. Previously she had a spell at Swedish side Eskilstuna United and she's delighted to be staying in North London.

“It’s absolutely huge for me. Definitely number one is looking for that league title and putting those performances in on the pitch. Then to get a contract after is brilliant." 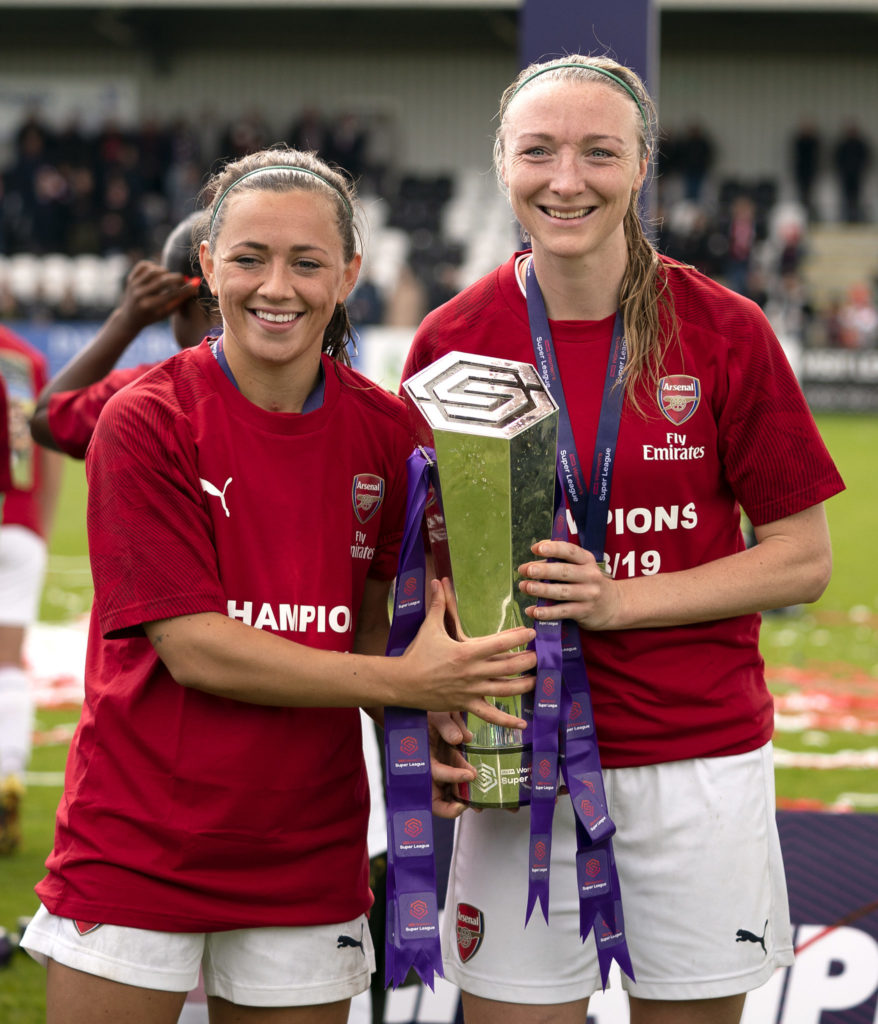 Arsenal boss Joe Montemurro is pleased that the Irish defender has opted to extend her stay.

“The levels of learning, the levels of development - Louise has grabbed every opportunity possible. She’s deserving of all the accolades she gets.

“I think the stats and the football alone pretty much epitomises all of that. We put some challenges to Louise. She knew that we were a ball-playing side who wanted to play out from the back and construct.

“We made everyone understand, including Louise, why we play out from the back and the importance of constructing and preparing to go forward. Every training session, she’s out there going through the movements, the little bits and pieces after training. She’s reaped the rewards and has deserved it.

“She understands exactly how to adapt to the philosophy in each game. If we need to adjust certain things and tweak certain things, she’s very important in understanding that straight away.

“More importantly, as part of the group. It’s very, very difficult to win trophies and it’s very difficult to have the success with a group that doesn’t believe in everything it does. She’s an important leader in this group and an important cog in the balance of the way we play and also as a person. We’re ecstatic to have her here.

“Every new challenge that’s be posed and asked of Louise, she’s come through with shining colours. We’re not scared as a group or in the belief of the way we want to play to challenge the best. That’s where we want to be. We want more of those tests week in, week out, and I’m sure that we’ll come through that.”