Liverpool say they're "disappointed" with the scenes outside Anfield last night.

Nine people were arrested as crowds gathered at the stadium to celebrate their team lifting the Premier League trophy.

Fans had been asked to stay away and watch the ceremony at home to help protect against coronavirus.

Manager Jurgen Klopp had made a special appeal in his pre-match press conference before the 5-3 win over Chelsea.

Merseyside Police say that "around 3,000" fans gathered outside Anfield as the players and staff partied with the trophy inside.

The police say the nine arrests were for "affray, assault, people who were drunk and disorderly and drug driving." 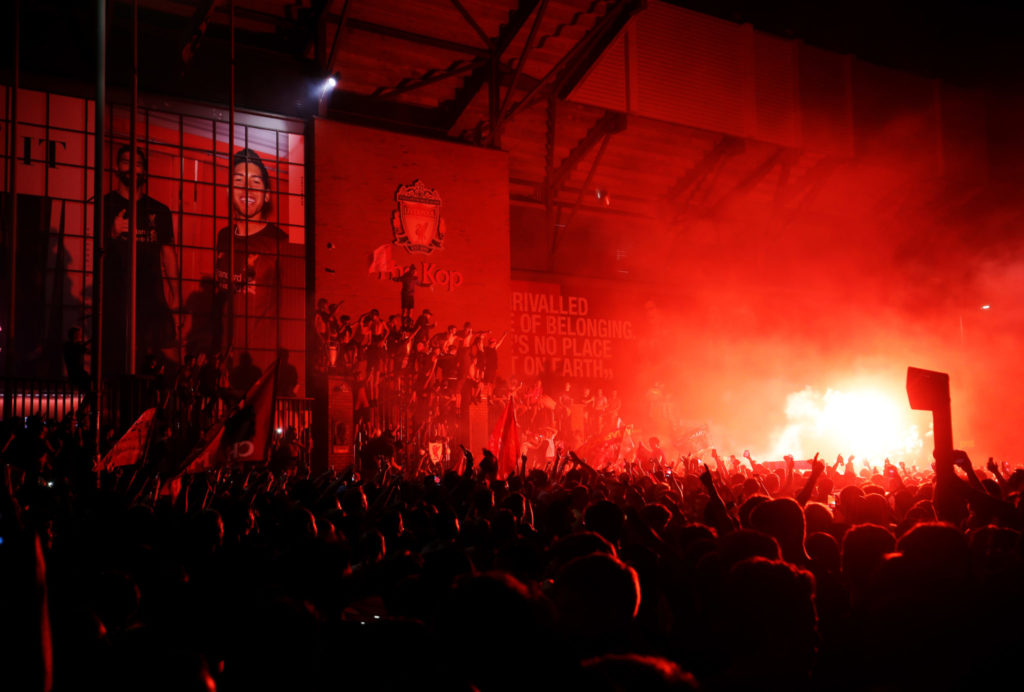 Liverpool Football Club would like to thank those supporters who stayed at home to celebrate the team lifting the trophy last night, protecting their loved ones and our city from the ever-present threat of this pandemic.

We are, however, disappointed with the scenes outside Anfield last night and that more supporters did not heed the celebrate at home advice.

The club and our city partners Merseyside Police, Liverpool City Council and Spirit of Shankly, have worked in-step for the past eight weeks to consistently encourage fans to support the team from home and we would like to thank them for their continued support and collaboration in the lead-up and throughout football returning behind closed doors.

Thanks should also go to those from CleanEvent and Liverpool Streetscene Services, who did incredible work this morning cleaning up Anfield and surrounding areas.

Our local community is the heart of our club and their co-operation and patience as our neighbours, as well as the engagement of our local ward councillors, the Safety Advisory Group and emergency services also deserves our gratitude.

As we have said before, when it is safe to do so we will celebrate, until then protecting our city is the priority.

IN PICTURES: Liverpool release new home jersey for next season